A Series of Fives: Notes from Seoul

This is a country of ghosts and robots. A country of seven thousand living poets – none of them talking to one another. The once-hermit kingdom, where all but gentry were garbed in white, now spills the neon of frantic consumerism. Seoul is a city-state; big government doing big deals in big smiles (when they’re not throwing punches or teargas canisters across parliament). At its centre, Korea is fractured – shaded by the shadowy near-history of military regimes morphed into what now passes for democracy. Beyond the DMZ and the world’s strangest brother / neighbour, the DPKR, is a dim but palpable, threatening absence. 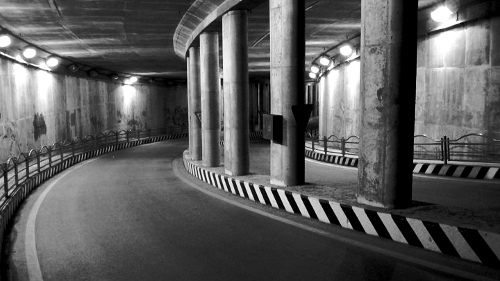 Is it unfriendly to claim Seoul is a city dislocated from itself? Unlike Warsaw’s old town, meticulously rebuilt after WW2 – brick by original brick – Seoul of the 1950s was terra-formed with the pragmatic architectures of a starving, cold people: concrete smeared over the razed post war landscape. A generation of socialist-minded poets traipsed across the border and disappeared. The civilian war dead numbered in millions.

Now business howls in the aeries here. The ambience is eerie; luxury everywhere while ghosts mill underground in metro stations. The shaman have vanished, and Buddhist temples un-favoured by Korean hipsters who flock instead to cathedrals to sing hymns. In this post-textual place, where internet is a sixth sense, it seems that all the songs sung belong to someone else.

Each ‘robot’ has a smart phone; pushing ghosts out of the way to clamber aboard the early morning commute. Do these multi-taskers ever really leave work?

Big busy-ness = an inter-generational enchantment. This is what makes skyscrapers grow at velocity and industries into empires. This obsession is what makes these emergent humans, so profoundly linked and connected, paradoxically atomized.

The young poets I know are non-participants, outsider offspring of two competing schools: the Ch’amyŏ’p’a Group, who critiqued Korea’s socio-political unevenness, and the Sunsup’a Group, who maintained a purely literary focus. The poets I talk to are writing about body modification, schizophrenia, collective exhaustion, and a patriarchy gone wild.

Seoul is a mono-cultural megalopolis where at any moment you’ll find five preferred haircuts / five fabricated pop tunes on high rotation / five fashion statements to choose from. In this rule-bound plutocracy, a poem (as always, and with thanks to Badiou) is a lawless proposition and necessary transgression.

Gridlocked = the state of traffic and mind; any voice that challenges these systems speaks independently and courageously. What is less heartening is that none of my students of English Literature reads contemporary Korean poetry. Their focus is elsewhere.

The Korean education system is as mythological as the rate of youth suicide; those who do not simply cope (itself a feat) but thrive, arrive at university pre-programmed with three or four languages, maybe a blackbelt or municipal chess championship trophy, and the heaviness of an aggressively high pressure future upon them. Can they do English language poetry? With gusto. Tell them to think for themselves and these second-language users cannot stop: whether I throw Bernstein or Bök at them, they get it … perhaps because they’re from a place where ‘language control = thought control = reality control’.

This entry was posted in GUNCOTTON and tagged Dan Disney, Korea. Bookmark the permalink.
Dan Disney’s most recent book, accelerations & inertias (Vagabond Press, 2021), was shortlisted for the Judith Wright Calanthe Award and received the Kenneth Slessor Prize. Together with Matthew Hall, he is the editor of New Directions in Contemporary Australian Poetry (Palgrave, 2021).