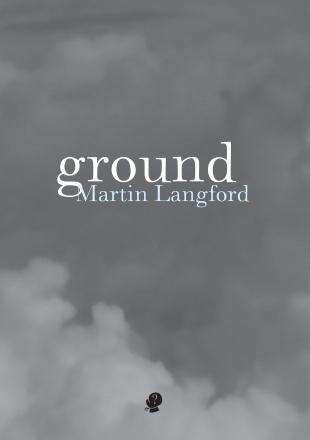 Matters of identity in relation to land are a major concern for poets writing in Australia. In the introduction to The Penguin Anthology of Australian Poetry (2009) John Kinsella points out that since its earliest forms Australian poetry expresses ‘a sense of urgency about communicating the uniqueness and significance of the Australian landscape, and the relationship between individuals and community and country/place’. As well as the concept of identity, Kinsella’s observation alludes to the concept of ‘ownership’, which in a colonised country like Australia is extremely important when formulating ideas of national identity and its representations. In very divergent ways, localities and the histories and identities existing within them are main concerns in Martin Langford’s Ground and Dan Disney’s Mannequin’s Guide to Utopias.

When it comes to a comparison of contemporary Australian poetry with that of contemporary American and British poetry, Martin Harrison expresses a similar view to Kinsella while also arguing for more critical importance to be placed on Australian poetry in an international context. In the essay, ‘Self, Place, Newness’, first included in Who Wants to Create Australia? (2004), Harrison writes that, ‘it makes no sense to say that Australian poetry is different from the work of many (not all) modern American and British writers because a disproportionately large number of Australian poets intuit that the theme of local feeling, place and placement is important to them and their readers’. Issues of reception aside, poets writing in or about Australia must be aware of how the country’s prevailing colonial culture and neoliberal politics contribute to dangerous and discriminatory national narratives.

In his Networked Language, Philip Mead writes that, ‘poetry draws as much of its life as language from the social and historical strata it is networked to, as from the aesthetic traditions of poetic production’. Mead’s assertion illuminates Langford’s Ground, in which questions of colonial history and settler identity, as well as contemporary power dynamics, are investigated. Langford’s chosen title is a familiar and versatile homonym: multiple applications of ‘ground’ inescapably come to mind when reading this collection. Ground can be considered ‘secure’ or ‘insecure’ – controlled with prohibited entry points, such as the way the federal government ruthlessly patrols Australian borders. From ‘national security’ to ‘financial security’, to be ‘grounded’ conjures the falsity sold with the ‘Great Australian Dream’ – the baby-boomer hangover of home ownership. Langford’s poetry often returns to this concept of ‘ownership’ and the way it has influenced our understanding of history and our current expectations.

Langford’s collection opens with a section entitled ‘Achronicas’, a suite of three poems exploring the role of historical documentation and the ways in which colonisation and industry have impacted on Australian landscape. The first poem in the suite, ‘Dragonfly’, opens thus:

Along with the poem’s content, the indentation of every second line gestures towards sedimentary layers in rock formations and the way these layers might be interrupted after human contact. The title of this section and the overall suite, ‘Achronicas’, suggests a pre-human and undocumented epoch. However, it’s Langford’s naming of New South Wales locations such as Sydney, Camden and Lithgow, which fix this suite to an already-colonised Australia. The suite includes the poem ‘Progress’, which ends on a note of environmental concern:

While futures loom vastly, before us.

In the last lines of the poem Langford’s reviews the tension between nature and culture and then subverts it by linking the human hand gesture of waving with that of the descending leaves; each is impacted by the same climate and gravity.

The second section of Ground opens with the poem ‘A Need’, which can be read metapoetically for the way Langford explores the reader’s desire for meaning, for the way poetry can simultaneously provide an understanding of the abstract while complicating previous certainties. Despite a craving for understanding we feel ‘we must wait / in the hall // for an answer / that cannot be given’. It’s within this short poem that Langford suggests knowledge may also be found in places other than sanctioned establishments such as ‘the hall’ or structure of a university. ‘A Need’ echoes the poem ‘Lit Crit’ published in Langford’s previous collection The Human Project (2009):

The brevity of both ‘Lit Crit’ and ‘A Need’ reveals the contradictory aspects of fulfillment, that despite our expressions of desire, massive gaps are still felt. Both poems can also be understood in relation to the process of reading and writing as a means of challenging a structurally-defined understanding of ‘accomplishment’.

Much of the content in Langford’s Ground draws attention to the multiple stratums and silences that form understandings of Australian histories. Poems such as ‘Odysseus’ and ‘HMS Endeavour’, gesture towards the masculine tropes of the epic and the explorer. In this sense the title Ground may also be understood as referring to ‘sailing’ and the action of ‘grounding’ a ship, the ship’s anchor disrupting and digging into the sea floor. One of the book’s sections is directly entitled ‘A History of Australian Silences’, followed by sections named ‘Layers’ and ‘Sydney’. In the ‘Layers’ section of Ground Langford presents a combination of historical and contemporary portraits of Sydney suburbs and nearby locations. The poem ‘Liverpool’ reveals Langford’s self-awareness within the problematic histories of these colonised places: ‘Cloudless skies, unscripted surfaces: memories / crowding the paths to the place one might live. // Layers here / are one’s knowledge of what one is losing’.

Langford’s work investigates Australia’s colonial past by detailing the cruelty and absurdity involved in the dispossession of Aboriginal land, language and culture. The poem, ‘Original Fiction’ draws attention to the way colonisation has attempted to ‘write over’ and erase Aboriginal histories. ‘Original Fiction’ opens with the landing of Captain Cook, but Langford’s minor change in sentence structure ensures the poem begins with a comical tone: ‘A Captain Cook arrives. / He plants a flag.’ The indefinite article ‘a’ changes Cook’s name to be a singular rather than proper noun, which reveals the instability of English titles and reduces the mythology surrounding Cook. As the poem continues, the systematic process of colonisation is mocked and the poem rolls into listing a cause-and-effect process:

Langford continues with a mocking tone, and repeats the word ‘because’ at the start of each new sentence in order to show the illegitimate ways in which imperialism operates: ‘Because it was written, / in elegant, time-honoured Latin, that nobody lived here’.

Langford clearly works towards questioning and challenging dominant Australian histories, but it’s also important to acknowledge the problematic issues that do arise in a work such as Ground. While there’s a mixture of poems providing historical accounts of the nineteenth century in order to represent the complexities of power dynamics within British colonisation, there are times where one wonders if Langford’s intentions are being fully realised. For example, ‘Sorry Poem’ includes the phrase ‘I’m sorry’ repeated twelve times in between ‘excuses’ that ‘look silly sooner or later’. Langford’s repetition of the word ‘sorry’ succeeds in diminishing the meaning of apology as a response to Aboriginal genocide and displacement. The repetition of the ‘I’ in the phrase ‘I’m sorry’, however, also places too much emphasis on Langford’s subjectivity, and the act of lamenting Aboriginal loss overshadows the act of accountability or experimentation with postcolonial poetry and its potentialities to contribute to social change. As Langford writes himself in the book: ‘To say one in Australian is a simplification’.

Autumn Royal is a poet, researcher and teacher based in Narrm/Melbourne. Her current research examines elegiac expression in contemporary poetry. She is interviews editor for Cordite Poetry Review, editor of Liquid Architecture’s Disclaimer journal, and author of the poetry collection She Woke & Rose. Her second collection of poetry is forthcoming with Giramondo Publishing.

View all posts by Autumn Royal on Cordite →