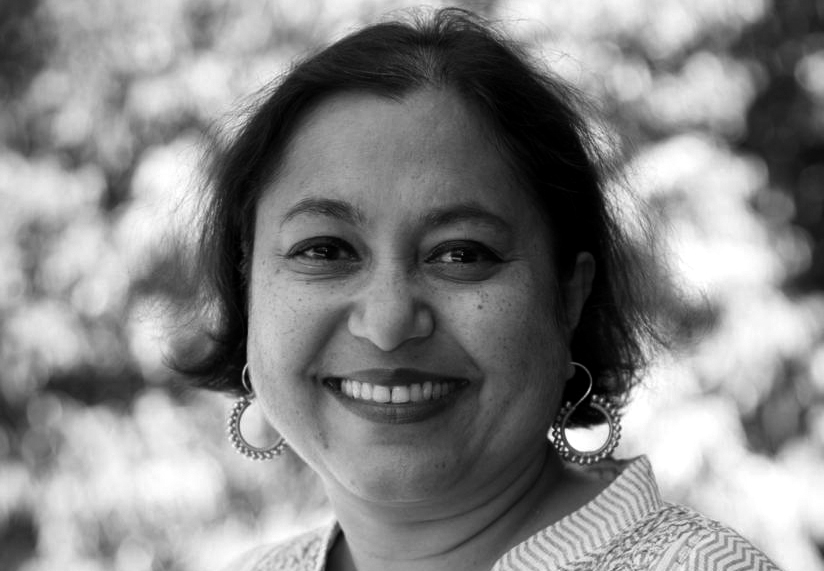 A language gives a unique world view and no two languages have the same world view.
–Ganesh Devy

This special issue of Cordite Poetry Review has its roots in a project Mridula Nath Chakraborty has been working on for the last three years: Literary Commons: Writing Australia–India in the Asian century with Dalit, Indigenous and Multilingual Tongues. It publishes twenty-five Indigenous Australian and twenty-six Dalit and tribal Indian authors and their poems in the original language and in translation. Each Indigenous Australian poem is translated into an Indian language, offering a glimpse of the twenty-two official languages of India and some not-so-official ones. Each official Indian language is represented in a poem by Dalit and tribal poets. All the poems published here feature across two pages: the translation appears first, followed by the original on a second page. Forty translators were engaged to work on this special issue.

Dalits and tribals constitute roughly 25% of the population of India and are also spread widely across the rest of South Asia. Dalit is the political term of self-identification and choice for those once deemed ‘untouchable’ within the caste hierarchy of Hinduism. Derived from the Sanskrit word दलित (dalit), which implies ‘downtrodden’ or ‘broken’, this word was used to distinguish and discriminate against those who lay outside the Brahminical order. Though predating the twentieth century, the word ‘Dalit’ has now been reclaimed as a political category, denoting the struggle and the assertion of identity and dignity of those marked by it. It came into prominence through the reformist efforts of Dr B R Ambedkar, jurist, economist and politician, who is also credited as the architect of the Indian constitution. Ambedkar and his ‘Ambedkarite’ philosophy features in many of the poems published here. The roots of Dalit literature can be traced back to the eleventh century, but it came into contemporary prominence in the 1960s and is a significant aspect of South Asian literature.

Tribals are distinct from Dalits in that their cultures predate and sit outside of Hinduism. They comprise the autonomous and heterogenous ethnic and indigenous minorities of the Indian subcontinent. Known as आदीवासी (adivasi / adi = original vasi = inhabitants), each of these groups is autochthonous people of a given region and their existence has been particularly vulnerable to the effects of resource exploitation, urban encroachment, and environmental and ecological degradation caused by modernisation.

In early 2016, a roundtable was held at the first Blak & Bright: The Victorian Indigenous Literary Festival. At it were representatives from the Australia Council for the Arts, members from the First Nations Australia Writers’ Network (FNAWN), and various industry professionals from literary organisations, publishers and libraries. The raison d’être of this roundtable was, ostensibly, to open up a discussion and then foment some overarching tactics for increasing both the visibility of Indigenous Australian literature and its readership, in a manner that reflects the actual (ample) Indigenous Australian presence in Australian letters today. Some publishers and organisations wrung their hands, claiming that Indigenous Australian authors were hard to find: ‘How do we make connections with them, where do we find them’? FNAWN plays an excellent and necessary role in facilitating exactly this sort of connection. Cordite Publishing Inc.’s Kent MacCarter stuck up his hand and stated that it wasn’t at all difficult to ‘find’ Indigenous Australian literature and authors. In short order, with the same amount of research that an editor would do for any anthology with a distinct cultural or topic focus, we had many more exciting names than we could possibly publish. Indigenous Australian authors have been out there, ‘findable’ and writing and telling for aeons – they always will be – but the primary problem is getting the whole of the Australian reading audience to care or enlighten them on what they’re missing – and, as an extension of that, to foster a publishing culture that both acknowledges this imbalance and dismantles the barriers. Publishers must do more. Organisations like FNAWN, Blak & Bright are leading this effort, and this special issue, among all else, is a celebration of that vision. International readers are very interested, Australian readers will be too. But this is far from just a commercial exercise.

The World Conference on Indigenous Peoples (WCIP) at the United Nations High Level Plenary Meeting in September 2014 highlighted the claims of indigenous peoples around the world vis-à-vis their lands, languages, identities, territories, resources, rights and priorities. While the definitional frameworks and locational nuances of Global Indigeneity are actively contested, what remains unquestioned is the capacity of this conceptual category to throw into relief unequal power structures, histories of marginalisation and ongoing (neo)colonial exploitations. Underlying the emancipatory potential of ‘indigenousness’ is the recognition of the astonishing fact that, despite relentless persecution, repression, negligence and attempts at genocidal assimilation, indigenous communities around the world have not only survived (in the face of ongoing colonial fantasies) but have held steadfast to their belief systems and their strategies of resilience. Despite concerted attempts the world over to wipe out indigenous peoples, they have persisted; their reality complicates familiar narratives of modernisation and progress and informs notions of citizenship.

A crucial feature of indigenous resilience resides in the way indigenous knowledges and technologies are transmitted over multiple generations and disseminated over diverse geopolitical expanses. These knowledge narratives share common threads around the world and attest to the ways in which the survival of the species and the sustainability of the planet are intimately connected to storytelling traditions. Poetry is an integral and continuing part of these traditions. Whether it is in the languages of India, in standard English or the poetic inflections of Aboriginal English in Australia, these powerful poems carry the message of creativity and continuity for a sustainable and equitable world.

Dalit literatures are written mostly in the official languages of the states in which they are found, as well as some which have not achieved official status. Tribal literatures are written both in the state languages – as well as English – due to histories of Christianisation in the regions where they have lived. It is a particular pleasure in this issue to be have been able to include some of the not-as-yet-official languages of India – Dehwali, Kunkana and Chaudhari-Bhili – where first-generation tribal poets are eloquently articulating their dreams and desires in poetry. While Nepali is a recognised language spoken and taught in India, the Nepali indigenous poet included in this issue is from Nepal. This issue also carries a remarkable language poem by Indigenous Australian poet Lionel Fogarty. While the initial intention of this special issue was to translate each Indigenous Australian poem into a different Indian language, some languages have been repeated, notably Bangla, Hindi and Punjabi.

This special issue could not have come together without the faith and trust of the poets and translators who contributed so generously to it. The vast majority of Indigenous Australian authors readily responded to the invitation to contribute to this collaboration. Writers from all states and territories are represented herein. In India, some individuals have been critical to the endeavour of identifying and inviting Dalit and tribal poets to this special issue. We owe an immense debt of gratitude to Rajamanickam Azhagarasan, Rupalee Burke, Mannarakal Dasan, Gopika Jadeja, Kynpham Sing Nongkynrih, Alito Siqueira and Prakash Subedi for their unstinting advice and guidance and prompt responses to repeated queries and requests for clarification.

We hope this special issue whets your appetite for more indigenous poetry from across the world.

This entry was posted in ESSAYS and tagged B R Ambedkar, Kent MacCarter, Mridula Nath Chakraborty. Bookmark the permalink.
Mridula Nath Chakraborty has edited Being Bengali: at home and in the world, an enquiry into the intellectual history of this linguistic group from Bangladesh and India (Routledge 2014). She is the co-editor of Abohelaar Bhangon Naame Booke / Broken by Neglect, a bilingual edition of Nunga poet Ali Cobby Eckermann’s poetry from English to Bengali (2014) and A Treasury of Bangla Stories (1997). Most recently, she has convened high-impact projects in literary-cultural diplomacy between Australia and India, such as Australia-India Literatures International Forum (Sydney 2013), the Autumn School in Literary Translation (Kolkata 2013) and Literary Commons: Writing Australia-India in the Asian Century with Indigenous, Dalit and Multilingual Tongues (2014-2016).