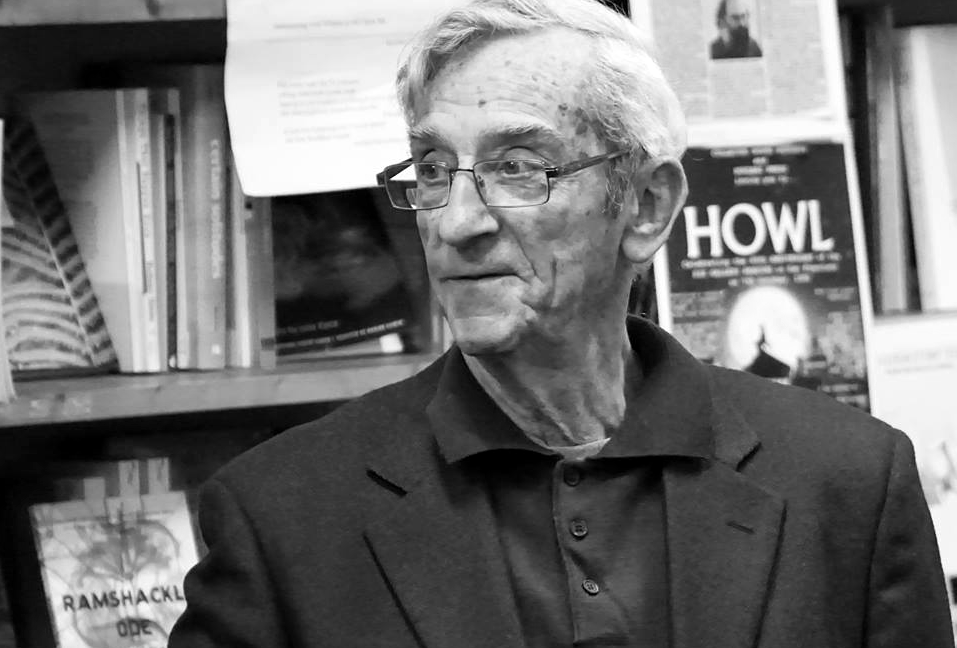 The following poems are excerpted from Nikos Nomikos’s Σημειωμένες Διαφάνειες (Noted Transparencies), a collection of thirty poem-vignettes originally published in Greek in 2003. This translation is the first installment of a larger translation project aimed at bringing Nomikos’s poetry to the attention of the wider English-speaking literary community in Australia.

As soon as I began to consider the possibility of these poems in English, I had to accept that whatever I produce could be neither a replacement nor a secondary approximation of the original work. The translation of the work, after all, is not the same as the work itself, but something unique and distinct from the original that is at the same time in close dialogue with it. What does a translator consider to be ‘meaningful’ enough to be conveyed from the original language into another – into a whole other world? Abstraction has no place here. I didn’t want the work to become a clinical, purely academic exercise, veering towards the transliteration of a text in a cultural vacuum. Nomikos’s poetry is erudite and artful in its layering of meaning, but I didn’t want these poems to be subsumed by annotation, reduced somehow to the importance of their ‘sense’ – codes rendered superfluous upon being cracked for the reader. To give the poems in Noted Transparencies a kind of ‘Oxford Classics’ treatment would obfuscate and diminish the spirit of humility permeating the work. Annotations have thus been used only when absolutely necessary. The primary intention here is a simple one: to convey to the reader the original Greek poem in English, not an explanation of the original poem. In presenting the closest possible semantic translation of the work it was vital that Nomikos’s poetics also be conveyed. This means retaining the details of his imagery, ideas, narrative dynamics and technique while at the same time conveying the storytelling and mood of the work.

The elements of polyglossia in Nomikos work – the comingling of various permutations, dialects and registers of Hellenic language, not unlike that seen in the work of Alexandrian Greek poet C P Cavafy– posed an additional challenge. The key, however, was to find some sense of mutuality between these distinct elements in order to convey them, whether through the choice of individual words, the grammar of a strophe, or by maintaining as much as possible Nomikos’s aesthetic, stylistic and technical preoccupations.

At the same time, it was essential that my translation convey the simplicity and lucidity of Nomikos’s writing: disciplined and incisive, yet maintaining its beauty and mysticism. Every word, every pause and mark of punctuation serves a purpose. For instance, this translation faithfully reproduces the typography of the original Greek text, also retaining the original punctuation. Nomikos insists that his unconventional use of the comma, as well as periods and capitalisation on occasion, is a deliberate reflection of the truncated process of thought and expression as it is occurring – what Allen Ginsberg called ‘mind breaths.’ Just as in the original Greek, the translation had to convey the ability of such writing to draw the reader right into Nomikos’s own mind and creative process.

For Walter Benjamin, a translation’s ultimate purpose is to express the ‘central reciprocal relationship’ or ‘kinship’ between the original language of the poet and the preferred language of the translator. These two languages are for him ‘interrelated in what they want to express’ and whose ‘distinctive convergence’ in the process of translation has the potential to create its own language – a kind of ‘third space’ for the work. This sense of a third space — this ‘in-betweenness’ — is especially significant for diasporic poets like Nomikos, comprising a number of distinctive languages and cultures: from Alexandria to the Aegean islands of Siros and Chios (the respective homelands of Nomikos’s father and mother) to Athens (where he lived and worked briefly) to Melbourne, but ever on their periphery, never completely within the bounds of any one culture. The intersections and ‘kinship’ between these languages and cultures and their impact on Nomikos’s self-identity and work has been one of the key underpinnings of this translation project.

This, however, is only one aspect of the poet’s unique body of work. I wanted this translation of Noted Transparencies to convey to English readers a sense of how Nomikos — artist, surrealist, ascetic, mystic, humanist— is, both in his art and life, a world unto himself, one into which he himself disappears, taking the reader with him.

Pages: 1 2 3 4
This entry was posted in TRANSLATIONS and tagged George Mouratidis, Nikos Nomikos. Bookmark the permalink.
George Mouratidis is a poet, translator and the co-director of the 2019 Greek Writers Festival. His debut collection Angel Frankenstein was published in 2018 by Soul Bay Press.


More by George Mouratidis on Cordite Poetry Review →
Nikos Nomikos was born in Alexandria, Egypt and emigrated to Melbourne in 1964. He is the author of nine poetry collections, of which Noted Transparencies (Owl Press, 2016) is the first to appear in English. His poetry and artwork has received awards from the Art Union of Victoria, the E.E.A.M.A. (Association of the Hellenes of Egypt and the Middle East), the Society for Greek Studies, the S.A.E. (Council for Hellenes Abroad) and the International Academy for Letters and the Arts in Athens. His latest poetry collection, Η Πορεία της Βαθιάς Πηγής (The Course of the Deep Well-Spring), will be published in 2017.