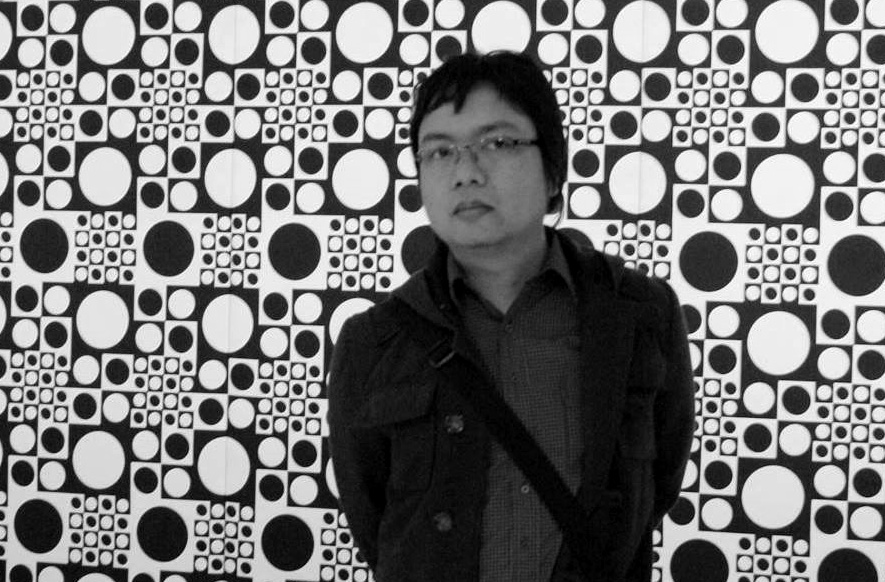 That Moment when an Owl Watches over Love

At that moment when an owl watches over love,
your sleep becomes my heart’s waking up.
The wind cradles the disquiet of your departure
in the quiet of a rustle
and your breathing that I long for.

Why does sleep have to be an awakening
as it watches over you,
embracing the width of your chest,
caressing the roughness of your hand?

Why does sleep have to be an unsleeping
every time you give in
to the peaceful slumber
of my unsheathed bereavement?

And now, my heart’s eyes are wide open
a wakeful bird flutters in joy
and in blinded love,
perched on the branches of our midnight.

This entry was posted in TRANSLATIONS and tagged Marlon James Sales, Reagan R Maiquez. Bookmark the permalink.
Marlon James Sales is a translator, researcher and occasional poet currently completing a PhD in Translation Studies at Monash University. He works with Spanish, Filipino and English, and has translated a vast array of texts, from missionary accounts on the Philippines in the early modern period to modernist Peninsular Spanish literature. His most recent book-length translation, A Kuwento ng Haring Tulala, is a take on the novel Crónica del rey pasmado by Spanish novelist Gonzalo Torrente Ballester.


More by Marlon James Sales on Cordite Poetry Review →
Reagan Romero Maiquez is as a writer, researcher, and teacher with a background in Creative Writing, Anthropology, Psychology, Philippine Theatre and Performance Studies. He has taught writing, literary studies and produced theatrical works and interdisciplinary research at the University of the Philippines at Los Baños and published a book of poetry, Ilang Sandali Makalipas ang Huling Araw ng Mundo (A Few Moments After the Apocalypse), with the University of the Philippines Press. He has worked in community theatre with African, Karen, and Filipino migrants and refugees in Melbourne and is working on projects in community development.