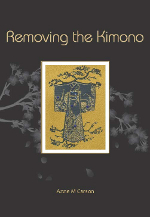 Every poem in Anne M. Carson’s collection is appealing on account of the distinctive cast of mind revealed in a precise language that registers the author’s alertness to all senses. Three groups of poems establish a pattern of mortality and rebirth, of natural forces and human emotions.

Carson’s poems are pellucid and direct, and the book reflects a poise and assuredness of expression that is reflected in the circularity of the poems. Loss looms large in Carson’s thought – as with Elizabeth Bishop, with whose poems (‘The Art of Losing’ and the ‘Waiting Room’, especially) I observe a beautiful symmetry of mood and balance in Carson’s work. The language is precise, admirably considered and restrained; unlike any other I’ve recently read on receptiveness to transience, the numinous and grief. She’s right to append each section with lines by Basho, and to conclude with a verse by Rumi on a world ‘too full to talk about’.

The early poem ‘The rain of bodies’ records the fall of birds to hunters’ guns. ‘The Crucible’, focusing on destruction by fire of a loved house, imprints on my mind the same sensation as that of pioneer American poet Anne Bradstreet’s on her loss of home. Elsewhere in the first section, Carson notes the uncanny way that cows ‘read’ ley-lines and align themselves with latitude. There are joyful surprises in both the observations and her way of saying. Of her father’s death, she writes ‘Around us, inside us, / molecules rearrange, adjust to his dying’.

Carson’s love for her husband, and his for her, takes strength from their passion for nature. She writes ‘We know each other by touch, by Braille’, and on his lingering death, she speaks of literally returning by boat ‘into a dusk prodigious with light’ and ponders ‘Could dying be like stepping into the numinous?’ How close this tone is to that of so many of Denise Levertov’s profound meditations: I’m continually struck by how rich Carson’s poems are. And how exactly right her similes and metaphors: flying over Lake Eyre, she sees the landform extend ‘like an enormous Miró canvas’, and reflects on her and her fading husband’s lives. ‘The further we go the less substance. The parallel is not lost on me’.

Carson contrasts the way animals die: ‘so well – at home in the world, snug under the cover of darkness – no complaint, only a foetal curl, a sigh, letting it come as it will’. The title poem of the collection finds her empty of grief, as the kimono of mourning is reverentially taken from her and put away with other garments. She states ‘Unmade, I prepare to start / over, alone on tatami’.

Carson takes up a fire motif in the third section, observing the regeneration of vegetable life after loss. In the poem ‘the eloquence of seeds’, ‘Eucalypts have put on sleeves – pressure bandages on burns’, and ‘a moss poultice covers the earth’. Solid spears of regrowth ‘rear into space, fields of lingams insisting on existence’. She continues; ‘I want / to be told it again and again, until I know it by heart’. An ensuing poem ‘On giving away your old red scarf’, reprises earlier poems in the collection on the image of a Brahmin kite rising: ‘a russet scarf disappearing into blue’. The balance is extraordinary, evidence of a meticulous sequence of poems.

Travel poems in the third section concern early journeys abroad – to Berlin, and Lisieux, as well as more recent travels to the Sydney Biennale (where ‘the relics of industry’ are ‘a latter-day version of ruins’), Malaysia, and return to Balnarring Beach in Victoria, the setting of an earlier poem ‘The birds engrave circles’ – reinforcing the sense of endings recalling beginnings. A poem on the reported death of her first husband finds her unmoved: she had already buried ‘the body of our marriage’, enabling her to remark ‘Twice bereaved by you and never once / your widow’. A poem about hearing, as a child and with her grandmother, a broadcast of the hanging of Ronald Ryan (the last person to be legally executed in Australia) established her first awakening to mortality and fear of dying. She recalls the thought ‘So this is what they do, grown-ups, I mean, / This is what they’re like // out there in the world.

Removing the Kimono is a book of intense honesty, recorded thought and experience. It’s an irresistibly attractive collection which I believe, will be long admired by everyone who reads it.