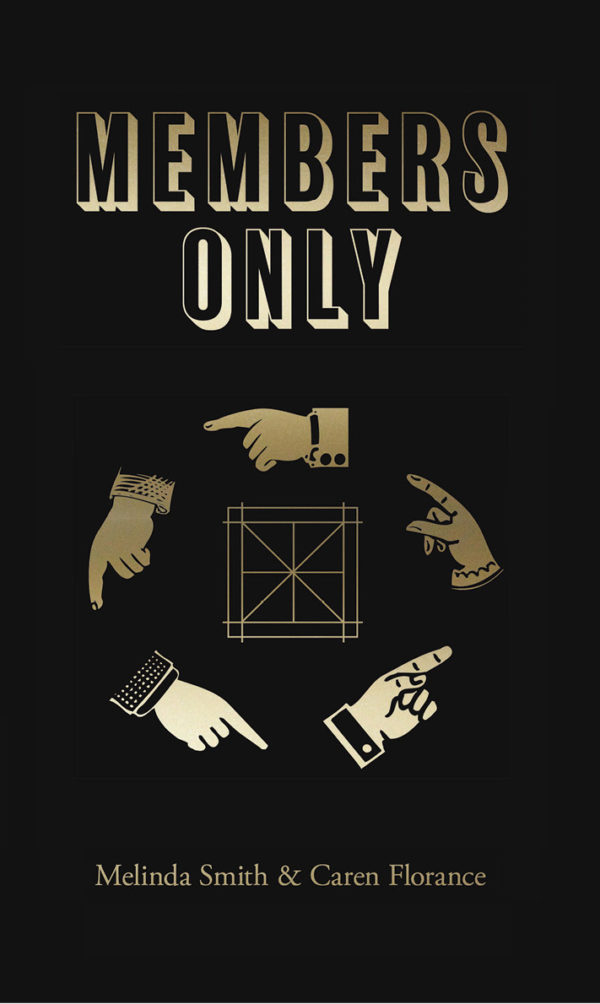 Seeking to cast light on Melinda Smith’s Goodbye, Cruel alongside her collaborative work with Caren Florance titled Members Only is like approaching a hive of fully-formed poems. Your step halts in awe of the air abuzz, as your gaze zooms into vivid sharpness. Though thematically and stylistically distinct, these two collection burst with ideas, energies, shapes and reconfigurations of lexicons. They are laden with ripe, yet sharp, shape-changing artefacts.

As the pause in the title foreshadows, Goodbye, Cruel asks the reader to fill in the gaps across its poetic and thematic spectrums. It is in five parts, each one particular in focus and tone, yet also bound by a shared elegiac strand that combines landscape markers of geographical location with myth, intertextual references and enactments of crisis. It is a late modern elegy belonging to a hybrid genre that combines life writing, an Australian version of pastoral, with elements of allegory and tragedy. The collection tackles various topics and processes of disruption, interruption, redress and reparation where loss is finally transfigured through the creative act of writing. An exception to that transfiguration is in the second section and title sequence where, as they should, words fail to convey the despair at the heart of the ellipsis: ‘Goodbye, Cruel …’

The first section of the book, ‘Tiny Carnivals’ takes its title from one poem, ‘Leaves from the Lovers’ Almanac’:

The theme of impossible or broken relationships is announced in the first poem, ‘A never-to-be-repeated-spectacle,’ a bittersweet piece that sets the tone for a kaleidoscope of experimental poems, some prompted by an image, scene, phrase or even graffiti – one is generated through a phone’s predictive text. These are playful, fun and inventive poems despite their elegiac undertow. As if to warn the reader of what is to come, this undertow grows in strength with the unfolding of ‘Tiny Carnivals.’

Suicide is the topic of the next section. To die by one’s own hand remains a taboo in societies where life is supposed to be a gift. It is therefore a fraught issue; a topic shrouded in silence. This is ironic as there are now websites listing ways of ‘doing it’ against graphs highlighting success rates in colour for the browser’s convenience. So, anecdotally, when it was confirmed that French philosopher Gilles Deleuze had indeed committed suicide by jumping off his third floor apartment, I could not help but silently praise his research skills. Yes, the most effective way to go. Head first, preferably. For those who think about it, the question of ‘how’ is paramount. For those who remain, it is the question of ‘why’ that matters. For them, there is often no answer, no closure, no comfort but the painful passing of time. The poems in the second section, ‘Goodbye, Cruel’, tackle these questions.

Smith approaches her topic obliquely through an ‘I’ with multiple voices and personae as well as an eye with multiple perspectives. With their common references to houses and rooms and paddocks and daily routines, the poems might set up a frame of domesticity or a shelter against various scenarios of loss and death; but there are no fixed frames here, only points of departure in the representation of a dynamic process pitting life against death, with lingering grief and incomprehension. The very ambiguity of the title of the last poem, ‘Contemplating the gap’, confirms the indeterminacy at the heart of this section.

To decide to end one’s life is an irrevocable decision. ‘A willed departure on foot’, a poem appropriately set on the way to the sacred Mount Kailah in Tibet, dramatises the irrevocability of this decision. It works by accretion and repetition, embodying the death drive, as it were:

In this tender yet brutal allegory, the protagonist is an anorexic relentlessly pursuing her goal step after step until:

Here, each poem tells a micro-story that resonates with Canto III of Dante’s Inferno, either directly (‘We that were human once’ and ‘The Undiscovered Country’) or indirectly. There is, for example, the memorable story of the father who drowns so that his family can live off his life insurance for a while; the story of a child whose mother, like Sylvia Plath, gassed herself after performing her duties. There is the moving testimony of a lifeline attendant, the stuttering of a ghost, the ‘buzzing on the wrong side of the pane,’ the silent cry. Three pieces provide an overarching frame, thereby destabilising any certainties the reader might have entertained as to the ‘how’ and ‘why’ of suicide. ‘The other manual’, with its ironic take on the websites invoked above, offers a contrast to ‘#otd’, a cento of obituaries, while ‘Incomplete’ considers apparent recklessness from two perspectives at once. The latter opens with an epigraph from Janet Frame’s poem ‘The suicides’, first published in The Pocket Mirror (1967): ‘they died because words they had spoken / returned always homeless to them.’ Smith then explores the desire of one who failed to die by hanging, building towards a statement about the impotence of language in the face of suicidal despair, repeating Frame’s words in bold. Pieced together by the reader, these words are now addressed to the protagonist’s relatives. For all its clarity of description, this poem is deeply fissured by the double vision of a narrator burdened or blessed with an intimate knowledge of her subject matter. Here, as elsewhere, wry wit undercuts despair.

The third section of Smith’s book, ‘Safina,’ provides relief from the emotionally demanding ‘Goodbye, Cruel’ via two tales of ill-fated love with reference to the tenth century poetess Rabi’a Balkhi’s true life story and Zuleika’s destiny as related in the Bible and evoked by Dante’s eight circles of hell. Bridging East and West in a meditation on death, Smith uses her characteristic sense of humour to give two women a voice across time.

The most distinctive feature of section four, ‘Riverine’, is its poetics of location. The speaking subject is situated both in an anaesthetised present and also the wilderness places of childhood memory. This liminal space constitutes the narrator’s home ground in imagination and memory. Here location markers are specific, as though charting an effort of subjective relocation which also forms the matter and structures the patterns of ‘Endtime.’ Again, the realism in these poems hides its own duplicities, for the landscape in the first, and cityscape in the second also shadow the psychic territory of grief, anguish, desire.

The ‘I’ in this collection travels in time and space, providing in ‘Somewhere in particular’ both a ‘Satellite View’ and a ‘Street View.’ As mentioned at the outset, Smith’s autobiographical ‘I’ is above all a shape-changer, and the last poem, ‘the bone tree,’ celebrates a kind of homecoming in a different dimension of subjective reality:

Members Only silences the autobiographical ‘I’ often muted or ghosted in Goodbye, Cruel. The first person is clearly excluded here, because it speaks the language of power granted by a long tradition of white male fantasising, all the better to query authority. The book grew out of a cross-disciplinary collaborative project undertaken at Old Parliament House in Canberra with artist Caren Florance, who is, among other things, publications designer at Recent Work Press. The collaboration yielded a text installation titled ‘Be Spoken To’, a print-performed letterpress artists’ book as well as original poems and cut-ups poems in response to the historic building’s furnishings.

Pages: 1 2
This entry was posted in BOOK REVIEWS and tagged Caren Florance, Dominique Hecq, Melinda Smith. Bookmark the permalink.
Dominique Hecq is a Belgian-born poet, fiction writer and scholar living in Melbourne. Her published works include a novel, three collections of stories, and eight books of poetry. After Cage (2019) is her latest poetry collection in English. Kaosmos is forthcoming. She has been awarded the Martha Richardson Medal for Poetry, the New England Poetry Prize, the inaugural AALITRA Prize for literary translation for poetry (Spanish to English), and the 2018 International Best Poets Prize.