Review Short: Julie Maclean’s When I saw Jimi, Kiss of the Viking and Kristin Hannaford’s Curio 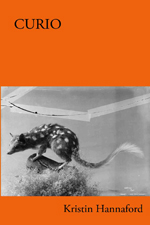 When I saw Jimi by Julie Maclean
Indigo Dreams Publishing, 2013

Kiss of the Viking by Julie Maclean
Poetry Salzburg, 2014

The identity of the Jimi of the title of Julie Maclean’s When I saw Jimi becomes evident early on:

Poems of England in the 1960s, youthful romanticism, experimentation and love are threaded with a wry understanding of gender relations and choices made, then move to more sober reflections. In ‘Brides that Never Became’, standing in an English church the speaker wonders about a relationship that might have been, had she not ‘looked over the lichened / fence, dry stone wall, / swollen ocean to another land’ (When I saw Jimi, 31). Outside by a river she finds a ‘flimsy tribute to a young Indian couple’ who have died there; their wedding also ‘never became’. The poem’s closes:

That final ‘comma’ saves ‘the / weeping tree’ from cliché.

‘Bosnia boy sends postcard home’ is more biting. The boy in Australia is ‘gagged / by the desert grit that gets / shaved off the salt lake’ (When I saw Jimi, 41). He dreams of warriors and dragons, and his mother in Bosnia pregnant with him. The poem closes with the boy imagining himself cutting open his mother’s belly and escaping ‘into the / mountains, at home in the cold, / with tata and the warlords’ (When I saw Jimi, 41).

Maclean’s Kiss of the Viking takes the reader to Nordic realms with a number of poems referencing the tragic histories of Europe, the Holocaust (‘Today me, Tomorrow You’), a cholera outbreak (‘Karma at the Columbus Hotel’) and druid sacrifice (‘Forget the Flowers’). ‘Midsummer in Naziland’ brings into conversation: paganism, Nazism and violence to other animals. With this in mind, a bee landing on her shoulder prompts the poet to write:

Maclean often favours short, crisp lines, without use of articles, giving some poems a clipped tone. In ‘Made in Sweden’ this is used to effect to emphasise a change of tone, achieved when in the final stanza the introduction of articles softens the diction and the poet is made to ‘smile’ (Kiss of the Viking, 7). A curt tone, achieved in ‘Brute Force’ through lists of snappy images – ‘Woolies   Saturday mornings / Eye shadows   Cadbury’s eggs / Guilty as charged   Caught in the act’ and ‘Back of the class / Soggy sandwiches   Chop / of the desk lid’ – unsettles as it performs its title (When I saw Jimi, 11). Another list leads to a turn in ‘Axolotyl’, where a five stanza catalogue of images culminates with ‘the walking fish outside the Bio Lab // speared by Cousins with his compass’ (When I saw Jimi, 58). Maclean juxtaposes horror and the mundane: a fresco of ‘a starving man / with the eyes of Faust / … eating a newborn baby’ beside the traveller’s observation that the tour guide mispronounces ‘Prague’ (‘Gawp’, 19). Perhaps her poems are souvenirs; she writes ‘I love souvenirs   Not the Kiss me Quick sort / but the ones that pull the world apart’ (‘Port Campbell near the Cave that Echoes’, When I saw Jimi, 35).

Kristin Hannaford’s Curio is about souvenirs of another kind. The poems document the history of Jane Catharine Tost and Ada Jane Rohu, in particular, and other ‘women working as taxidermists, naturalists and exhibitors’ in the late 19th and early 20th centuries (‘Author’s Note’). These are poems steeped in careful research. They subtly explore the complexities of women working in the era, supporting themselves and their families; the human-(other) animal divide that makes their work possible; the colonial and species-ist assumptions that keep them gainfully employed. From the outset a tense interplay of destruction (of other animals) and the liberating work of women in colonial Australia is evident. ‘Billet-doux’ moves the reader between the swan as a living animal and the thing it will become, evoking the woman’s ‘delicate fingers warmed by feathers’ as she works (Curio, 2). Exhibitions of taxidermy specimens share a ‘poetics of wonder’ that is also a ‘dislocation’ (Curio, 4-6). Here, a catalogue of ‘wonders’ is a list that fits its theme:

Cleverly, in this poem Hannaford inserts the living animal in the depiction of the dead:

It may be that Hannaford sometimes tells too much: ‘animal objects who amplify / the distortions of this interior wilderness’ (Curio, 6). The poems are a necessary testament to a world of human-other animal and colonial relationships in Australia, told as women’s history. The concept is brilliant.

Hannaford attends to the tragic detail of taxidermy: ‘Your White-faced Heron should appear tentative, neck retracted and settled, / as if contemplating the missed arrival of the tide’ (Curio, 8). She describes the husband as cabinet maker (Curio, 7), the ‘Tools of the Trade’, and the processes that lead to the final stuffed creature (‘Flaying’, ‘Fleshing’, ‘Curing’, ‘Scouring’, Pickling’, ‘Tanning’, ‘Drying’). In ‘Pickling’, the local Wathawarrung women are both recalled and backgrounded, as the nineteenth-century colonial voice takes over. The colonial history of stealing human remains is told in ‘ Sarophagus: E18184’ (Curio, 37).

A sulphur-crested cockatoo lives to 119 years. Early animal activists protest the feeding of live sparrows to a snake; a python goes on hunger strike; dead squirrels are preserved in the only country they do not inhabit. All this adds complexity to the history the collection details. Six 11-line poems are addressed ‘To a Taxidermist’; we find the poet speaking back to her subjects, to herself:

Hannaford’s documentary poetry concludes with an evocation of the souvenir in 2013—’And all these / trinkets? Our curious ruins’ (Curio, 59)—the tragic undertow of the desire to keep, that is death.

This entry was posted in BOOK REVIEWS and tagged Anne Elvey, Julie Maclean, Kristin Hannaford. Bookmark the permalink.
Anne Elvey is author of White on White (Cordite Books 2018), Kin (Five Islands Press 2014) and This Flesh That You Know (Leaf Press 2015), and with Massimo D’Arcangelo and Helen Moore co-author of Intatto-Intact (La Vita Felice, 2017). She is managing editor of Plumwood Mountain: An Australian Journal of Ecopoetry and Ecopoetics. She holds honorary appointments at Monash University and University of Divinity.