When I go to second-hand bookstores and look through the poetry shelves, it's the books with staples, as opposed to spines, that catch my eye. To me the staple is the mark of the self-publisher, and self-published work, in my mind, is more likely to have that spark, that frisson of passion that really lets you see into the mind of the poet. Here's some reviews of some of the staple-bound gems on offer if you know where to look. 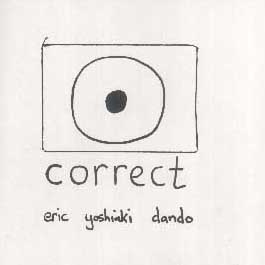 Correct by Eric Yoshinko Dando
no contact details, no date of publication
purchased in Polyester Books for $2.00

'The Chocolates were made by a white witch in the Dandenongs.'

Eric Dando wrote a mildly-acclaimed novel called Snail during the grunge phenomenon of the mid-nineties. There's a legend that accompanies Snail in which Dando nails his completed manuscript between two boards and sends it to Penguin, where it is tripped over until finally read. After the publication of Snail Dando disappeared from literary circles, until this tiny book turned up at Polyester a while back. It's a 10cm x 10cm booklet containing 20 pages. Each page has an abstract diagram placed above a short hand-written statement. These diagrams or statements may or may not be related to either the diagram or the statement on the pages following and preceding. The diagrams feature lots of spirals, arrows and some lovely cartoony fish skeletons, but the most endearing of them all is the picture of “sausage bones”. Correct can be read from front cover to back cover if you're feeling linear (but it won't be a particularly linear read even if you do), or simply opened to a random page as some kind of divination device. Given the scarcity of this book, it is this reviewer's opinion that stealing it from a friend, should the opportunity arise, would be perfectly justifiable. 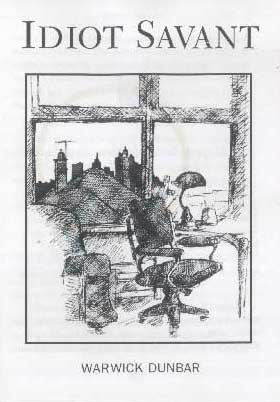 'If a city's houses reflect its philosophy, then what sort of people are Melburnians?'

This A6 booklet has appeared in various Melbourne bookstores including Polyester Books and the Brunswick Street Bookstore. Each issue – there have been two to date – features a segment of writing from a larger body of work called Idiot Savant. The first edition, entitled “Happy New Holden, Brocky” takes the reader on a ruminating journey among the architecture of Melbourne's inner suburbs, and the second, “Elegy for Howson Street” zeroes in on a particular house in the middle-outer suburb of Malvern. The tone of the writing is pensive and intelligent, and its meandering flavour, coupled with its pocket-sized format, makes it an ideal accompaniment for public transport journeys. PDF versions of both booklets, which can be printed out and cut, folded and stapled into shape, appear on Dunbar's web site, so if you can't find it in bookshops, that alternative is always open to you.

Humble Pi by Pi O
$3.00 from the trestle table outside Gregory' s Antiques and Lights on Brunswick St., Fitzroy.

Humble Pi records the early thoughts and actions of poet-about-Melbourne Pi O. Beautiful paper, hand-stitched binding, sparsely laid-out mini-poems interspersed with a couple of ASCII art pictures of the period (.) symbol. One poem in particular details the poet choosing his nom-de-poetry, trying on and five other variations before settling on his current sobriquet. There's a youthful confidence and vigour on these pages, with most of the poems unashamedly being tips of the hat to the poet himself, as well as a couple of playful swipes at Shakespeare and Sartre. In future volumes Pi O would turn his eye to the suburb around him (ie, Fitzroy), but in this volume he's content to simply gaze at himself, which works fine because of the humour inherent in his words. Take this too seriously and you're just looking for a fight. 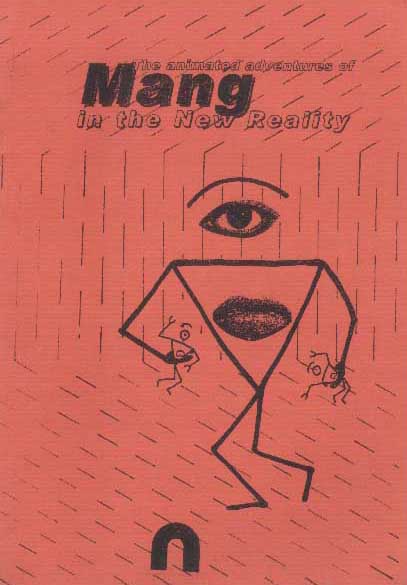 'Mang felt its life consisted of sitting around killing time between commercials, then frantically making toast and phonecalls.'

A Mang is a being with a body shaped like an inverted triangle, legs and arms attached at the corners, and a single eye floating above its body. The story follows the nocturnal meanderings of Mang the Mang as it wends its excruciating way through a relationship crisis (should Mang leave Mang, or should Mang stay with Mang?) of existential proportions, and is observed clandestinely in this by two extra-dimensional beings. White has created a world for the Mang that is at once recognisable and alien. There are cities, bicycles, showers and typewriters, but they've been tweaked just enough for them to feel as weird as the Mang themselves. The dual feeling of recognition and alienation is reinforced by the placement of illustrations that are cribbed from old science textbooks depicting entities from the world we live in, but appear arcane, intriguing and perhaps a little frightening when placed in such a context. Mang's personal crisis will surely be recognisable to readers as well, even if the precise details are not. For those who are impressed by this comic, but dearly desire to see the Mang in motion, take note that Mang and the New Reality is based on an animation by White called Is Free Will Evident, available on CD from the publisher for $8.00 (PC or Macintosh format). 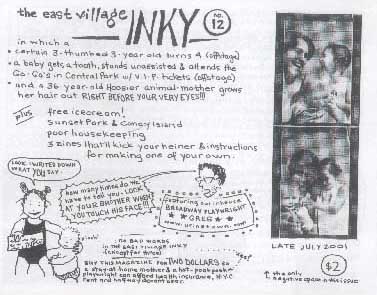 'Milo will permit you to change his diaper if you give him the silver creamer that belonged to my paternal grandmother.'

Confirmation that zines are not the exclusive territory of angst-ridden teens and tweens comes from this delightful A6 landscape-format hand-written and hand-drawn zine. Ayun Halliday lives in NYC with her husband Greg, her three-thumbed (literally) daughter Inky (4) and her son Milo (6 mths), roaming its parks, streets and shops and providing one of the best informal guides to life in New York anyone could want. Issue 12 has tips on where to find the best freaky Korean stationery, when the free ice-cream days are at Ben and Jerry's (and what happens when you take a four-year-old along), what to see at Coney Island and how to clean things (including tub toys, baby wipes, stove tops and dead mice on your bed). At its simplest this is a personal zine opening a window on the day-to-day life of Halliday, but when you take into account the unbear ably cute cartoons and consider that Ayun's life includes being married to a man who wrote a musical called Urinetown and raising a freaky precocious three-thumbed daughter in one of the world's most artistically exciting cities, you understand that day-to-day life for this particular family of four makes for an absorbing read.