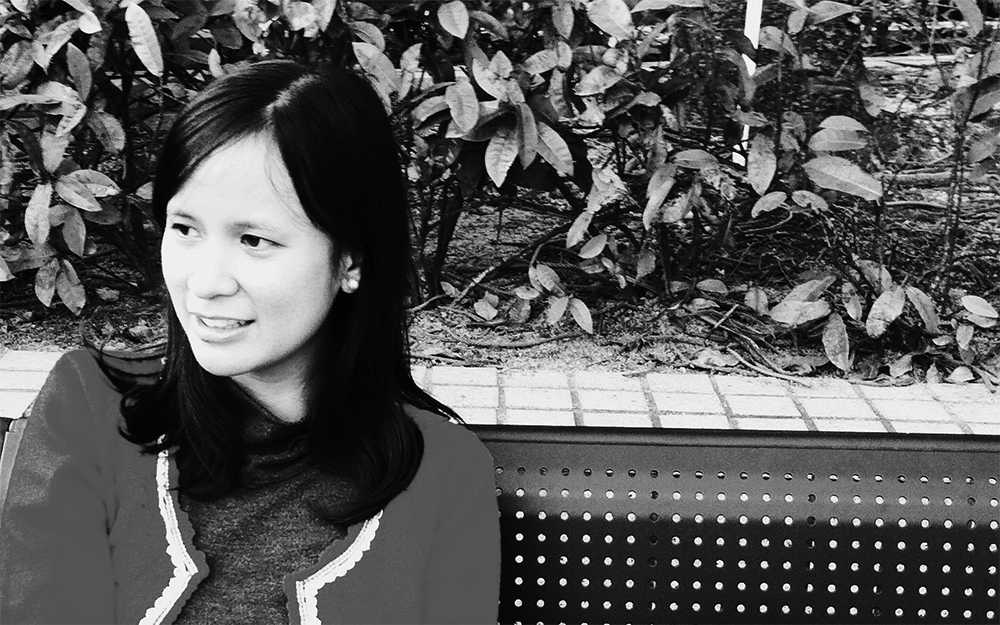 Conchitina Cruz teaches creative writing and comparative – literature at the University of the Philippines in Diliman. Her book, Dark Hours, won the 2006 National Book Award for Poetry. Cruz is also the winner of two Palanca Awards: one in 1996 for Second Skin, and another in 2001 for The Shortest Distance.

Demonstrating bodily athleticism and a steady, generative interrogation of the physical and liminal world, Cruz’s enumerative poetics moves smoothly between many forms, from spatially-oriented poetry, prose poetry and micro-fiction, to letters, lists and invocations, to forms that take their cue from reference texts. All the while invoking a language of the hyper-real, the mythic, dramatic, and the routine.

From November 2016 to April 2017, I corresponded with Cruz over email. Commensurate with an ongoing political emergency, and in the face of turmoil and bloodshed in the Philippines, this conversation is, out of necessity, open-ended.

Ivy Alvarez: How has your drive to ‘convert the perishable to the permanent,’ as you wrote in your statement introducing ‘Three poems’, manifested recently, compared to how it was when you published your work in ‘The Centre Cannot Hold: Six Contemporary Filipino Poets’? How has it evolved in the meantime? Have there been any reversals to this impulse, wherein you explore its opposite?

Conchitina Cruz: I find myself wincing at the phrase ‘convert the perishable to the permanent’, which strikes me as quite arrogant now that I’m seeing it in isolation, fished out from a brief statement I wrote a few years ago to describe my work. It seems so casually convinced of poetry’s capacity to enforce meaningfulness, or to transcend material realities. It isn’t something I would say now without wariness, I think.

I know the phrase is meant to gesture (clearly inadequately) toward my interest in the idea of the archive, or what it means to engage in archival work – which I suppose is another way of saying, I am interested in the work of committing to memory, in what goes ‘on the record,’ how and why it gets counted, how and why this one is memorialised and that one is not.

In my latest book, There Is No Emergency (of which the three poems published in Cordite are part), this archive is generated by a lyric self in the aftermath of personal catastrophe, who, while in this catatonic state, is haunted by larger catastrophes, both socio-historical and natural, which turn nursing private tragedies into a painfully indulgent endeavour.

This self’s tactic for survival is to collect ephemera – thus the many poems in the book that are running inventories, catalogues that begin and end, but don’t exactly have a beginning or end. Forged in the nexus of private and collective suffering, this archive of the mundane, to my mind, was a means for the ruins to become liveable – continuing access to the humdrum must mean that indeed, life goes on.

I tried to write poems that were decidedly unfinished, unpolished, monotonous even, or ordinary – qualities that I think tend to be excised from a piece of writing for it to become a poem. I also wanted to write with an acute awareness that there is always an outside to any archive – things both inevitably and intentionally forgotten, omitted, suppressed, discarded. An archive of the mundane, I thought, in explicitly staking no claim to relevance, would magnify its own partiality and invite contestation.

Of course the impossible that is at the heart of the project is ephemera [that] ceases to be such when collected (you could say that ephemera is what the archive displaces), and a poem, especially when published or ‘recorded’ becomes a particular iteration of a generalised desire to go beyond its current version. It achieves permanence, so to speak – which is what I said I set out to do, so I guess you could say that realising my intention was also my limitation.

Still, I feel uncomfortable ascribing permanence to poetry. Sure, this is true, and we need only to turn to the poetry we love from places far and centuries past for proof. I think, though, that too much faith in poetry’s transcendence can also be a source of complacency for living, breathing, working poets – as if writing poetry were in itself a sufficient form of action.

‘Historical revisionism’ is a widely circulating term in the Philippines these days because our president is (among many other things) a staunch Marcos loyalist. Thanks to his efforts, and with the aid of the Supreme Court, the long-dead dictator and plunderer Marcos, whose carcass has been preserved for close to three decades by his family, was recently buried in our Cemetery of Heroes, a move that has caused widespread outrage among Filipinos.

Pages: 1 2 3
This entry was posted in INTERVIEWS and tagged Conchitina Cruz, Ivy Alvarez, Rodrigo Duterte. Bookmark the permalink.
Ivy Alvarez is the author of The Everyday English Dictionary (London: Paekakariki Press, 2016), Hollywood Starlet (Chicago: dancing girl press), Disturbance (Wales: Seren, 2013) and Mortal. A three-time Pushcart Prize nominee, her work appears in many publications, including Best Australian Poems (2009 and 2013), with several poems translated into Russian, Spanish, Japanese and Korean. Born in Manila and raised in Tasmania, she lived many years in Wales before moving to New Zealand in 2014.


More by Ivy Alvarez on Cordite Poetry Review →
Conchitina Cruz teaches creative writing and literature at the University of the Philippines in Diliman. Her books of poetry include Dark Hours, elsewhere held and lingered and There Is No Emergency. She earned her PhD in English from State University of New York (SUNY) Albany. She is part of the small presses High Chair and the Youth & Beauty Brigade, and she helps run the small press expo Better Living Through Xeroxography (BLTX).