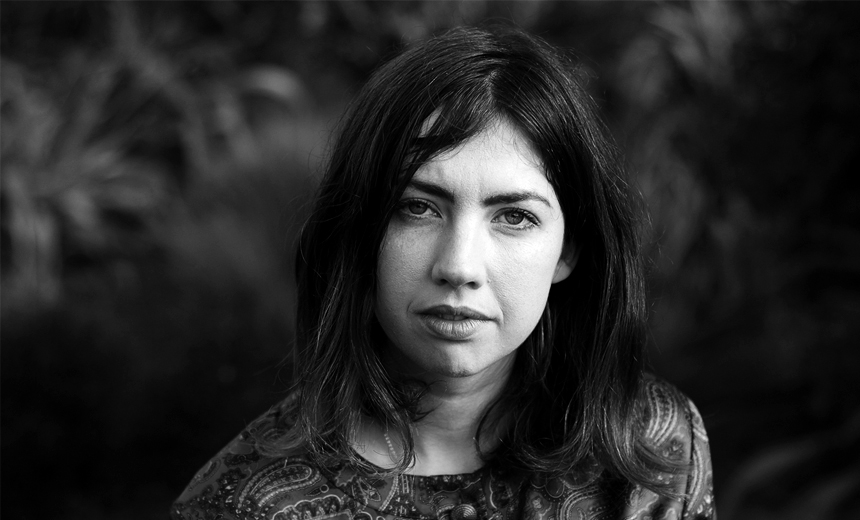 New Zealand writer Hera Lindsay Bird has been described as many things in recent times; internet poet, a crisp new voice in a constantly shifting medium, the sole cause of poetry’s demise, a conspirator and revolutionary, historical necromancer, albatross, a stern jewellery thief. Considering the ephemeral history of the genre of ‘internet comments’, none of those descriptions are singularly defining. What matters is that legions of readers who might not otherwise have engaged with poetry are now responding enthusiastically to her work.

Bird has an MA in poetry from Victoria University – she is based in Wellington – and her debut poetry collection exploded online in the viral way that poems are not known to do. Additionally, her work has received attention from a litany of publications that often underestimate the poetic form, and recently lead to her appearance at the Sydney Writers Festival and Emerging Writers’ Festival. Her work intermingles the frayed literary conventions of the past with a gripping, yet fittingly conversational tone, striking an equilibrium between two contemporary poles of feeling. Bird writes with gravity about attachment and sentimentality as much as she does the exquisiteness of decaying castles and ’90s celebrities, making keen and often alarming observations about the peculiarities of mundane life. The enthusiasm she shows for the modern simile – as in her poem ‘the ex-girlfriends are back’ – could conceivably function as a self-jab as much as it could be a light-hearted take-down of fourth-wave / academic feminism or lazy pseudo-intellectualism. For those who eschew camp and kitsch out of fear that they have lost their place in poetry, Bird is writing to convince them otherwise. The collection Hera Lindsay Bird spouts off in the face of morbidity and shame while sinking deeply into its gratifying embrace like a favourite old armchair, and with nary a trace of fear or apprehension.

Having spent years experimenting against restrictive conventions of poetic structure, Bird’s debut collection demonstrates how she’s outlasted self-doubt and created a collection of snappily clever, moving, profoundly validating and balanced poems. Despite all this, maybe it’s just liberating to read work by a poet who is clearly cackling, internally, while writing their work, thoroughly enjoying the process no matter the result.

Jonno Revanche: One of the things that stands out from your poetry collection is not just how funny it is, but it’s a very precise kind of humour, one that allows for introspection, sentimentality and emotional involvement. For example, in ‘mirror traps’ you declare it’s ‘love that plummets you down the elevator shaft.’ Sort of blunt, but still honest and witty in its own way. Do you find it hard to accommodate all these things? If so, do you feel like it took a lot of practice to get there?

Hera Lindsey Bird: This is a hard question to answer because it’s so second nature to me now, and I don’t mean to sound like I’m dashing off poems while laughing in a stolen Cadillac, but that particular hybrid of humour with a base of emotional honesty or engagement is almost all I care about in writing these days. There was a period when I first started, and I was writing a lot of controlled, aesthetically rigid poems but I quickly became bored of that, and when I get bored I get reckless, and when I get reckless I send a lot of joke poems about oral sex to my masters supervisor. But most of the work was admitting to myself what kind of writing I truly had the energy and enthusiasm for, and giving myself permission to write that way. My favourite writers in every genre always straddle the line between comedy and emotional engagement, George Saunders, Chelsey Minnis, Mark Leidner, Frank O’Hara, Lorrie Moore. It was just a matter of admitting that to myself, and then hot-wiring Cadillacs became a lot easier. I never write well when I’m sombre. Even my greatest personal tragedies I like to turn into a joke, which might be a personal failing but I don’t think has been a poetic one at least.

JR: A lot of the imagery in your book recalls medieval symbolism, but it’s also fringed with elements that reference pop culture, whether that be from now or the ’90s and noughties. Is this blending together of the old and the new an automatic thing, a product of the culture where you’ve grown up / living, or are you purposefully trying to tie these together?

HLB: I am totally obsessed with medieval imagery. Historical re-enactors are one of my great obsessions in life, and I take any opportunity I can to casually mention turrets and get away with it. I like my historical content to be camp and poorly realised, like a seafood buffet served in a Medieval themed restaurant, which is not to say I don’t have a genuine love for real, un-franchised history without a current liquor license but I love the way it’s been so poorly and enthusiastically translated into a contemporary context. My entire room is decorated with pictures of the Rosetta Stone and Stonehenge and Roman columns and the wonders of the ancient world, but I’m also a true contemporary dirtbag, and I love Paris Hilton and figure skating rivalries and Liza Minelli made-for-TV movies. Basically, what I am trying to say is all of the imagery and references in my poetry are things that I deeply love, and want to include regardless of how thematically relevant they are to the poem.

JR: In a recent talk you mention Lauren Gould and how her influence helped you to understand moving outside of poetry’s conventions. Have you had any other similar experiences with contemporary poetry in the last five years that moved you in the direction you’re travelling now – whether you were making work in opposition to something or whether you were affirmed by the voice of other poets?

HLB: I try not to make art in opposition to anyone else, because I think, for me at least, it makes my work reactionary and didactic, and being didactic doesn’t produce good poetry. I think there is certainly a place for a good literary eye rolling, and there are a few in my book, but I’d always rather work towards something I was excited by. If you define yourself too much by what you oppose, than what are you left with when the old institutions crumble, as they inevitably do? I don’t want to spend too much of my writing life screaming at clouds, unless they’re naughty clouds and they deserve it. Besides, my favourite writers were never reactionaries, or when they were, they were reactionaries on ideological leave, like when the Surrealists got a bit lax with their manifesto and started writing love poems. The way I have always learned to write was to imitate the writers that I loved, and there have been some new additions to my personal reading list, but the direction I’m travelling in is still the same. I have recently discovered Crispin Best and Kimmy Walters and Max Ritvo and Richard Siken, all of whom have pushed me to work harder and risk more.

Pages: 1 2 3
This entry was posted in INTERVIEWS and tagged Hera Lindsay Bird, Jonno Révanche. Bookmark the permalink.
Jonno Révanche is a writer and essayist currently living in Darlington.


More by Jonno Révanche on Cordite Poetry Review →
Hera Lindsay Bird is a poet from Wellington. She has an MA in poetry from the International Institute of Modern Letters where she won the 2011 Adam Prize for best folio. Her debut, self titled book of poetry, HERA LINDSAY BIRD, was published in July 2016 by Victoria University Press.