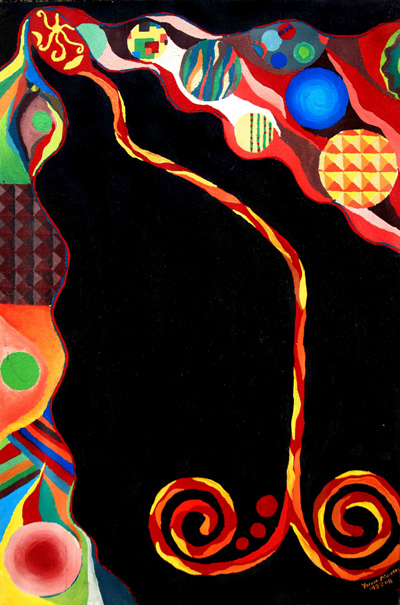 More than 92 million people live in the Philippines, making it the world’s 12th most highly-populated country. Given that many of these millions speak English as a second language, the Philippines is also one of the world’s largest English-speaking nations. Most Filipino writers publish in English, or in English as well as in other languages like Tagalog or Cebuano. This doesn’t take into account the millions of Filipinos who live overseas, particularly in the United States, where there’s a rich tradition of Filipino literature that begins with poets like the magnificent José Garcia Villa (1908-1997). In this light, Filipino literature is one of the world’s major English-language literatures.

If for the fact that there are hundreds of thousands of Filipinos living in Australia wasn’t reason enough to take an interest in Filipino poetry, the fact that Filipino poetry shares a tremendous amount in common with Australian poetry should. Those fissures that have dominated so much of the past half-century of Australian poetry – between ‘the tradition’ and ‘the postmodern’, between an indigenous or nationalist poetry and a poetry that stretches to North America and elsewhere, between poetry that centres on the nation’s landscapes and poetry that sees in its cities and other locations a manifestation of global and/or North American trends – are quite central to poetry in the Philippines, too. As many of the poems in this chapbook demonstrate, what links much of contemporary Australian and Filipino poetry is a shared tendency to confront these issues not as a set of delimiting restrictions, but as entries into investigations that interrogate those most basic assumptions about who is writing, where s/he is writing and why writing in this particular language, in this particular time and place must occur at all.

More than anything else, perhaps, it’s a close but uneasy relationship to the United States of America that produces so much synergy between Filipino and Australian poetries. This involves anything from a wary ambivalence of cultural homogenisation to a fierce enthusiasm for the literature and culture of the world’s largest, wealthiest nation. Many of the poets in this selection have spent – or are spending, as in the case of Conchitina Cruz – long periods in the USA, and maintain close connections to its literary and scholarly currents. Their work shows traces of Steinian repetitions, Olsonian fields and Spicerean grammars. Yet in their willingness to unsettle the object, the speaker, and the situation of the poem, reveals a commitment to experiences of dislocation and homelessness – to a ‘revolution’, as Kokoy Guevara puts it, of people moving ceaselessly away from, towards, across territories.

This shared Filipino-Australian proximity to the USA provokes a much deeper uncertainty about the English language and how appropriate it is for speaking in and/or about Filipino or Australian concerns. It suggests that as we yearn for the cosmopolis, we are also rather appalled by it.

In the case of Filipino poets, this is glaringly obvious. Nationalist organisations like LIRA promote the writing of poetry in native Filipino languages and in forms derived from traditional oral poetries. LIRA has been highly critical of avant-garde groups like High Chair, whose poets would share much in common with many of the contributors to Cordite Poetry Review. In both countries there’s a strong sense that American English is not, and cannot be our English. Nevertheless, as we try to resist the imperialist momentum of the American version, we are only made more aware of the inherently colonialist, uniformalising tendencies of our own state-sanctioned codes. If our home isn’t to be found there, then where is it?

I’m ashamed to say that prior to my Asialink residency I knew next to nothing about the Philippines, let alone Filipino poetry. I had some extraneous ideas floating around to anchor my imagination (as an avid martial artist, I’d done some Eskrima training over the years, and after so much time in Latin America I was aware of the Philippines as a satellite of the old Spanish Empire) but I knew nothing of the ways Filipinos represented themselves, or of the ways they spoke about time, space and their long, turbulent history of successive colonisations. What I learned, the image I flew home with, was nothing short of extraordinary.

One Response to The Centre Cannot Hold: 6 Contemporary Filipino Poets