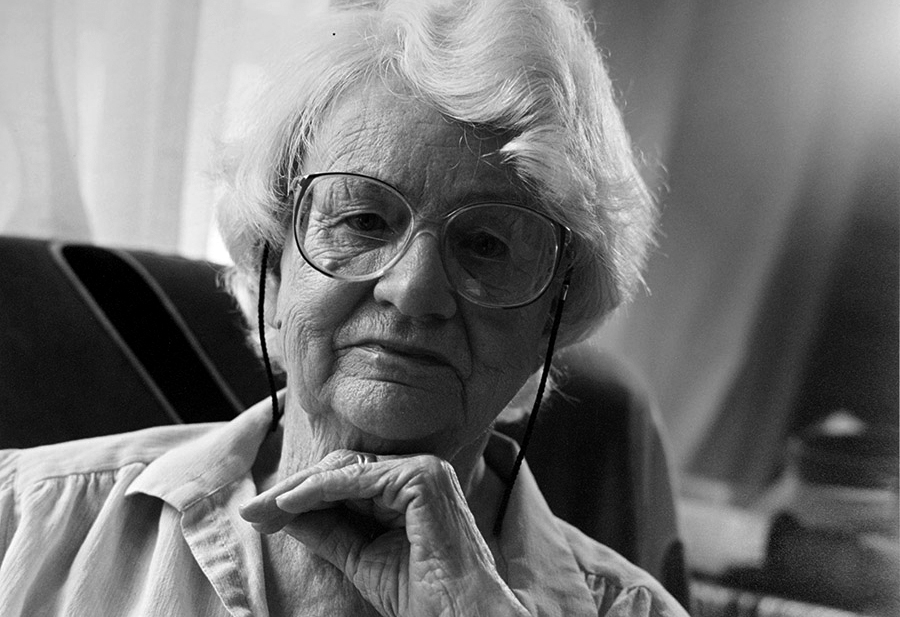 On 23 November, 2017 at the NSW Writers’ Centre in the Sydney suburb of Rozelle, poets Amanda Stewart, Nick Keys, Peter Minter, Michael Farrell and myself presented ‘The Centre For Deep Reading’s Talking Writing: Wrighting’ in the Judith Wright Room. Minter acknowledged this Wangal and Gadigal country. We each spoke for 15 minutes on Wright, and each did a mini-read of our own poems that reacted to or expanded on Wright’s work.

Our presentations organically generated overlays. Had I had more time, I would have brought in her first recognition of ‘I’ experienced at around three years of age. Wright had wandered away from the ‘boredom’ of a social occasion on her family’s property, was climbing over a log pile, and a splinter had ‘run’ through her knee (she wears starched white eyelets and a blue sash reddening with her dripping blood). She suffered the guilt of disobedience; ‘But it was this new ‘I’ that was making me howl so loud. From a kind of space-time continuum which included myself, I had suddenly arrived into self-awareness, alone and in pain and trapped in a life which I had now recognised would take me right through, unstoppably and uncontrollably, until I was as old as my grandmother – and then I would die.’ And, how, in 1939, as an aspiring poet, she had looked for mentors in Sydney:

I looked in bookshops for Australian writing and found very little I felt useful. Kenneth Slessor’s poetry, when I discovered it, enchanted but repelled me. It was masculine, tough or glittering or self-absorbed, and I did not want to write in the least like that. But then neither did I want to write like Mary Gilmore, that other possible mentor who lived only a block or two down Darlinghurst Road and whose age and eminence rather frightened me when I called at her flat with bunches of violets and the expected homage … She might have sprung, with the necessary alterations in age and manner of thinking, from the New England I was trying to escape.

As organiser and coordinator, Keys had sourced recordings of Wright, made in 1970, from the National Library of Australia and had cued up ‘Birds’ and a sound sample of narration and female birdsong I wanted to include from an episode of Catalyst, ‘Where Birdsong Began’, for my presentation.

Wright reads with a very light melodiousness. Some words, ‘and good for birds to do’ actually sound like a birdcall and very unlike how I would read it. Somewhere, between page and audio, the bold and confronting poem has met with inhibition and censor, either self or societal cue; its uncompromising strength has been checked. In another recording (used by Stewart and Keys), an interview with Roger Pulvers, off-guard in its recorded preparation her speech is wildly animated, musical and effusive, her superseded accent and pragmatic redolent language are now generally unheard; made extinct by the echoic mimicry of urbanised cringe from ironic mutilated ‘English (the other antipodean) genteel’ like the affected imperial zeal of the 1938 Aeroplane Jelly advertising jingle’s aspirational plummy diction and delivery. (As children in the 70s, we would sing it as uproarious satire with mock emulation … that and the one about ‘puts a rose in every cheek’. We would pinch our cheeks rosy. Of course, that was the idealised English complexion, the healthy rosy-cheeked ‘good’ white child, iron fortified through yeast extracted.) ‘Birds’, for example, is heard as an elongated, clear, wistful, lilting and elocutionary (Magpie-like) ‘Bairds’. For me, its last lines, ‘Then I could fuse my passions into one clear stone/and be simple to myself as the bird is to the bird.’, bodily distil a visceral maternal empathy and is highly emotive.)

I began by repeating its first line.

Birds: our weightless higher selves, ethereal visitors. I can’t resist the mysticism of birds made silent by Judith Wright’s loss of hearing – but perhaps, only the earthly.

Identity, conviction and commitment in Wright’s work are ever present and it’s something poets need to clarify. In the foreword of her 1989 ‘self-selected poems’, A Human Pattern, representing 40 years’ production, she writes, ‘Poems, like all literature, are written from within a social, historical and personal context and bearing.’ It is necessary for us to raise our voices. There’s both privilege and responsibility connected to expression. In Wright’s case, there is also dignity, intensity and a sacredness, something beyond herself. Let’s all be included … here in Wright’s ‘Poem and Audience’:

In ‘Birds’, from her 1953 collection, The Gateway, she is grappling with settler-guilt, as we all do in varying degrees, and being part of her history, but needing to be apart from, to maintain her own identity. (The Australian’s Geordie Williamson, reviewing the 2013 Early Works Productions Pty Ltd – an ABC television documentary Love & Fury: Judith Wright & ‘Nugget’ Coombs – referring to early footage, can’t help but observe that ‘she looks like a Moonie Ponds housewife in her twinset and horned-rim glasses’. If I had a twinset, I would have worn it. I wonder how a contemporaneous woman with conscience and passion, with Wright’s brilliance, should have looked? And where should she have lived?

Pages: 1 2 3
This entry was posted in ESSAYS and tagged judith wright, Meredith Wattison. Bookmark the permalink.
Meredith Wattison, born 1963, is a poet and essayist. Her six books of poetry are Psyche’s Circus, Judith’s Do, Fishwife, The Nihilist Line, Basket of Sunlight and terra bravura, shortlisted for the 2016 Kenneth Slessor Poetry Prize. Her recent essays have appeared in Cordite Poetry Review, Rabbit, Plumwood Mountain. The 2016 anthologies, Contemporary Australian Feminist Poetry and Contemporary Australian Poetry feature her work. She is the winner of the 2017 Gwen Harwood Poetry Prize.