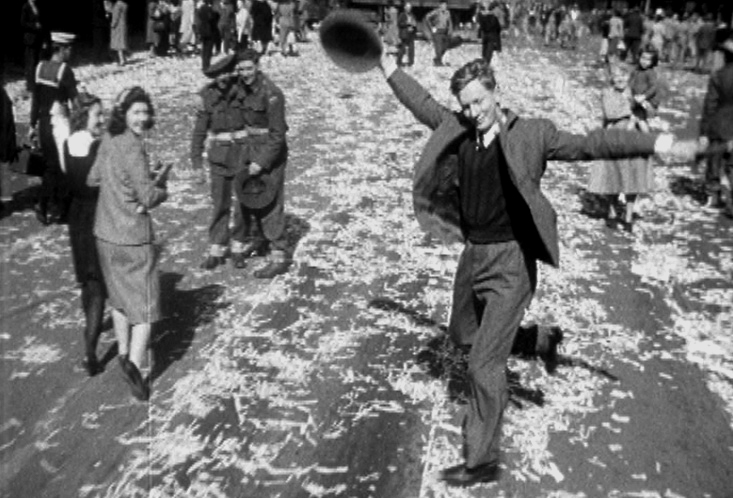 As I write this, my son is flying over London. He will then catch a train to Exeter. I have knitted him a two-strand black hat with a raised asterisk glyph on its slouched boho crown.

It was initially published posthumously in Vogue on 1 March 1950, pages 132-3. It contains five (in addition to my abstract son) annotations marked with asterisks; the Moth, re: the Mary Celeste, Charon, Zeiss glasses and re: London’s East End. As a master of metaphysical disembodiments and the figurative, she flies, ultimately due to ‘a defect of some sort in the machine’, unaided. We, solely by her cerebral and nonpareil aviation skills and typically exhilarating Woolfian rush and push of language, fly ‘with her’ in a schematic two-seater de Havilland Gipsy Moth – the chic choice of self-styled aviatrixes of the time, like Amy Johnson, who glamorously flew solo from England to Australia in 1930 – in the same context as an airline’s cabin crew would, as we disembark, end their service with, ‘Thank you for flying with us.’ – she enables us to fly unaided. To push it further, we, through her, unconfined in a cockpit, fly without a plane. She flies in her comfort zone … without her body.

At the patriarchal outset, the muscular pilot, Flight-Lieutenant Hopgood, had ‘stooped down and made the engine roar’. Woolf had seen ‘fifty or sixty’ aeroplanes ‘collected in the shed like a flock of grasshoppers. The grasshopper has the same enormous thighs, the same little boatshaped body resting between its thighs, and if touched with a blade of grass, he, too, springs high into the air.’ Springing up into the same limbic gauze where green cicadas of wind-up acetate and tin wear sequin bindi trefoils and massed moonstruck Bogongs play out their short shrill lives of sexual thrum and heightened ragged delicacy. We reconcile our shared neural propensity to ‘fly’ with her fluttering entomologic linguistic of both moth and plicate wings; hence his fetishistic kinetic name.

The inception and execution of this imaginative and ethereal essay seems fittingly obscure in the canon of Woolf’s listed works and her prolific detailed, intimate and coalescing notes, enormously disciplined and charismatic, within their steady and tireless generational transfers. It is perhaps an extramundane reflection of her similar Street Haunting: A London Adventure Essay of 1927 (conflictingly listed as written in 1930 in The Death Of The Moth, Hogarth Press, 1942) where she crosses a frenetic multiplex, winter’s evening in London, through filmic overlays, to ‘buy’ a pencil to write with, and where her willing experience of sensitive immersion itself is the necessary ‘buying’ of it – she realises from above where physicality is extraneous. Below, inter-war Londoners are unaware of their insect transience and clouded invisibility. It’s where ‘second-hand books are wild books, homeless books; they have come together in vast flocks of variegated feather, and have a charm which the domesticated volumes of the library lack,’ and where ‘live those wild beasts, our fellow men’. Where there are ‘islands of light’, ‘the humped body of an old woman flung abandoned on the step of a public building with a cloak over her like the hasty covering thrown over a dead horse’ and in shop windows there are ‘sofas which are supported by the gilt necks of proud swans’ and ‘yellow flanks and purple steaks’. Woolf describes the soul when shutting a door behind her … for that evening’s staggered trajectory as ‘a central oyster of perceptiveness, an enormous eye’, its ‘excreted’ body ‘broken’.

For Woolf, writing it made it real. As in her experimental novel, The Waves (Hogarth Press, 1931), where the inchoate children ‘speak themselves into existence’1 by soliloquy, convincing ‘flight’ is entirely possible and symbolic of her capacity to also fully experience the unexperienced and to obliterate and restore, restore and obliterate.

We begin our flight by extending what ‘a thousand pens have described’. ‘It is true that the earth fell, but what was stranger was the downfall of the sky.’ We surpass our ‘habits’ in adherence to human scale. Our small mammalian status is noted, but, ‘Wraiths (our aspirations and imaginations) have their home here; and in spite of our vertebrae, ribs, and entrails, we are also vapour and air, and shall be united.’ Our gases expand. We renounce.

The distant, ‘all the business houses were transparent’, and the historic, ‘the wild rhinoceros was chased out of sight for ever’, are magnified on descent, and at the slightest leverage by Hopgood, we rise ‘like a spirit shaking contamination from its wings’. We play with perspective with an element of the Rorschach and endless headroom.

Hopgood’s moth-like goggled head, like Johnson’s in her empyreal publicity stills, ‘cased in leather with a furry rim to it’, resembles the Underworld’s coin-collecting (from the mouths of the dead) ferryman. We seem to diminish to ‘yellow lights’ and ‘Extinction!’ held ‘in the skirts of cloud’ and hail. ‘Nothingness was poured down upon us like a mound of white sand.’ Then, dipping, ‘all the colours of pounded plums and dolphins and blankets and seas and rain clouds crushed together, staining – purple, black, steel, all this soft ripeness seethed about us, and the eye felt as a fish feels when it slips from the rock into the depths of the sea.’ Descent – binoculars (like ‘looking glasses possessing the magic and delicious power of reflecting the figure of man at twice his natural size’2) magnify – we again begin to see things below, ‘a knife blade of colour floating’, ‘an uneasy dark blot which soon began to be pricked with spires and blown into bubbles and domes’, trees, symmetries, a tiny, slowly galloping horse, the tops of people’s heads and their identifying hats.

We see a tall woman at a trestle of wild books outside a bookshop, a hand brushing over their spines. She wears a leather helmet over her light red hair, stands in a peculiar way; her left hand is dipped deeply into her pocket, her right leg pushed forward and on her right shoulder she rests an Oriental parasol3. She’s bought a lead pencil. We land ‘at an enormous speed’. Our lyrical passage, over. Woolf stills us with this,

‘Everything had changed its values seen from the air. Personality was outside the body, abstract. And one wished to be able to animate the heart, the legs, the arms with it, to do which it would be necessary to be there, so as to collect; so as to give up this arduous game, as one flies through the air, of assembling things that lie on the surface.’

Marianne Wex systematically and habitually photographed this surface on the streets of Hamburg (train stations, public spaces) and looked at how we are perceived by others from a distance. Her book, Let’s Take Back Our Space: ‘Female’ and ‘Male’ Body Language as a Result of Patriarchal Structures, (English trans. Johanna Albert and Susan Schultz, Frauenliteraturverlag Hermine Fees, 1979) began as an artwork and became an authoritative paradigm of the stereotyped unconscious and body perception.

Thousands of photographs clearly define an accepted dichotomy of postures and stance, with few exceptions – leg and feet, arm and hand, seated, standing positions, possessive holds – and the appropriation of space. Women, generally, minimised, infantilised, themselves by closing their bodies and taking little (submissive) space to lessen their presence while men enlarged themselves by opening their bodies to fill (dominant) spaces. (Almost forty years later, ‘Manspreading’ entered the Oxford English Dictionary in August 2016, and has become a chargeable offence on the New York Subway. It is not considered a ‘public assertion of privilege’; it is considered a ‘space issue’.)

Pages: 1 2
This entry was posted in ESSAYS and tagged Marianne Wex, Meredith Wattison, Virginia Woolf. Bookmark the permalink.
Meredith Wattison, born 1963, is a poet and essayist. Her six books of poetry are Psyche’s Circus, Judith’s Do, Fishwife, The Nihilist Line, Basket of Sunlight and terra bravura, shortlisted for the 2016 Kenneth Slessor Poetry Prize. Her recent essays have appeared in Cordite Poetry Review, Rabbit, Plumwood Mountain. The 2016 anthologies, Contemporary Australian Feminist Poetry and Contemporary Australian Poetry feature her work. She is the winner of the 2017 Gwen Harwood Poetry Prize.