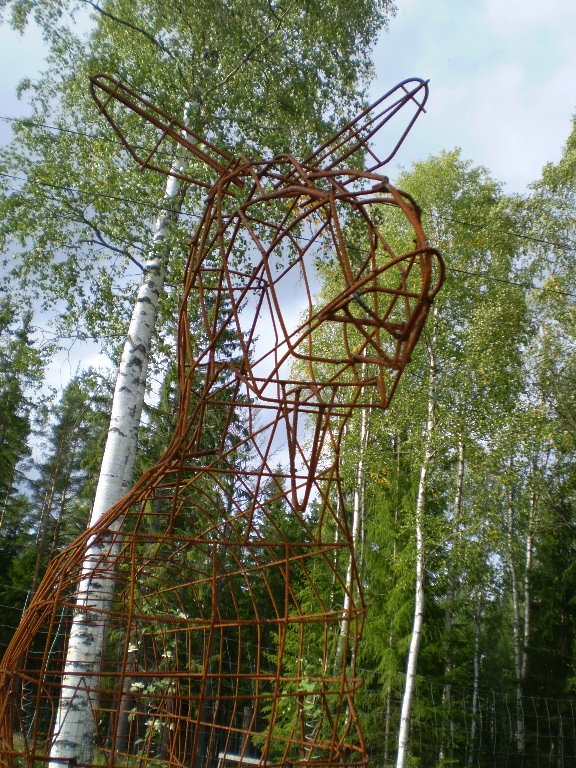 When we began throwing around ideas for this issue, the notion of 'Pastoral' first came up as a joke. Because ever since god knows when, for reasons that always seem to depend on one's thoughts regarding the generation of '68, Australian pastoral poetry has often been affiliated with the hackneyed, with the excessively sentimental, and with the sweeping visions of European imperialism.

Of course, much of this bad press is to do with the rise of the modernist sensibility, for which the most interesting work was not about the big spaces but the smaller domains of human interiors, discrete nodes detached from the surrounding world. But the pastoral poem has never been anything if not a response to the changing of the times; this issue of Cordite goes a long way towards showing that pastoral can consist of much more than just sheep and shepherds. At its very core, a poetics of farm and bush is an exploration of Western experience at the limits: taken from its urban confines, it is poetry of the human confronted with the far-more-than-itself.

The diversity inherent in the pastoral mode demands our continued attention to it. Cordite 29 presents the reader with a wide variety of styles, each of which, in its own way, has grappled with, rather than shunned, our theme. We begin with the stunning 'To Dust', by Berndt Sellheim, an important poem not only because of its delightful ethereality but because of its subtle placement of human perception in an historically mediated environment. Environment as historical 'parchment' then becomes the cold, complex Canadian plains in Matthew Hall's sophisticated work. We have the fresh exuberance of Jason Lee's 'Osmosis' and the delightfully rugged 'Mining the Idyllic' by Barbara de Franceschi. Cordite's own David Prater chomps up the old relationships between phrases and scenes to produce 'clutched gauged muddy ropes'. And this is only the beginning.

But let's pause for a moment to consider a couple of facts.

All of us, whether residents of cities, towns or Newtown, survive by virtue of the resources we take from surrounding lands. We drink from networks of rivers and water catchments. We breathe air purified by forests and oceans. In Australia, we eat food grown with the few remaining minerals in the continent's old, drying soils. A poetry which is going to have any kind of relevance in our contemporary world, therefore, is going to talk about, in some way, how a primarily urban conglomerate of societies continues to suck life from the country-side. The city is always a black hole of environmental exploitation.

Secondly, at the basis of all of these discussions about land, and about any discussions that take place upon this land, is the fact of European colonization. This earth that we exploit, that we work on, that we reside on, is Aboriginal land. It 'was never bought or sold', to quote Yothu Yindi's 'Treaty', but stolen in a condition conveniently amenable for the production of Australia's great pastoral industries. This has tremendous implications for Australian pastoral poetics, and similar situations have similar implications in North America: the peace and solitude we can find in the bush is enforced, and arises within a particular historical context. It is, to quote Hall, 'a palimpsest drawn by constructs/ and overlays of violence'. Because, should the poet be willing, it doesn't take much effort to find that many of the original owners of such places are far from peaceful, and are still fighting to return.

The question of a (post-)colonial pastoral poetic is certainly complicated, but it has provoked an astonishing richness of answers, many of which are the best and most distinctive examples of Australian poetry. Here we might think of Judith Wright's early poems, of some of Les Murray's work (particularly moments like Translations from the Natural World) and of what more contemporary poets like John Kinsella, Peter Minter and Martin Harrison are writing. Indeed, to Harrison's notion that language has a distinctive 'smallness' in the overwhelming size of Australian spaces we might immediately adjoin Peter O'Mara's striking '-thinsky-'.

In Cordite 29 we need only look at the differences between, say, Nick Powell's poems and Michael Farrell's 'cold turkey' to begin to realise that writing pastoral isn't so much about writing towards a particular form or vision on the horizon, or about having a certain attitude or plan of approach. Rather, pastoral is precisely about this very movement towards something (where the emphasis is on 'movement', rather than 'towards'): the human body stepping out, out into ever-wider spaces. When it ventures into environments absent of glassy, vertical structures it's clear that human language can go in almost any direction. There's something about 'trawling over peculiar surfaces' ('Variations in the Pupils') that demands our experiments.

In his outstanding A New Theory for American Poetry (2004), Angus Fletcher comments [somewhat incidentally] that the pastoral mode tends to skew or enforce the division between city and country, or court and country, because it has always remained such an intensely literary activity. Indeed, tension between the locus of the domicile and the open space around the domicile is probably going to remain part of pastoral poetry in some way or other for ever. For it is always the home, from which the poet emerges, and to which she or he returns in order to complete the poem, that provides the necessary space for pastoral.

Edward Reilly's 'The House Leans' is a stirring portrayal of this very duality. Here, it is the density of the home – a density of thought as much as of material – which ensures it is sturdy enough to protect the inhabitants from the oceanic turbulence outside. And in one of two excellent poems by Ivy Alvarez, 'Curing the Animal', what is so often the domain of the domestic and the feminine is bled into the surrounding country. 'My husband hands me the animal', the poem begins, allowing Alvarez to smear the frontiers between the kitchen (the feminine), the farm (the masculine) and the 'wilderness' (the animal). It is highly insightful, mature work.

For Fletcher, pastoral's roots in the city and the court lead it to obscure what is for him a 'fundamental question' about the 'truth' of environmental experience. However it is pertinent to ask, as Joyce Parkes asks for us in 'Overlander Ode', what might constitute this environmental truth, and what it might imply. Uncertainty is an essential characteristic of any multifaceted system. Complex ecological and post-colonial systems are no exception. Any claim to an essential truth therefore runs the risk of flattening 'freesias, ferns, friction, fiction', of reducing what is actually a rugged and evolving topography to a flat, abstracted plane. As pastoral poets we must never stop asking, rather than defining, exactly what these environments are and to whom they belong. Such questions have proved excellent compost for poets like Wright, Kinsella and Minter; to neglect them would be to bury 'the bloom labour', to allow a single, rigid way of thinking to 'claim and cover'.

We come, then, to what is perhaps that most crucial feature of the pastoral poem: that it is a human song, certainly, but also that it is a song about the human's engagement with biologic. In this way, the pastoral poem becomes a song of our relationship with the larger, non-human world. Here, as little is true as it is solid; we only see ludicrously powerful flows of energy pushing through, onwards, through. How can we possibly deny the momentum of Jen Jewel Brown's 'halloooo coooweeeeee' as it goes 'burnin down thegreengullylacedwithferns'? Isn't this the universe of 'Round Up. Make Nice'? Oliver Ackland's poems are some of my personal favourites in this issue because they rip, sizzle and sing. Here's language breaking out, bashing tin lids, rounding up, making nice. I don't know how to grasp something so electric.

This entry was posted in ESSAYS and tagged pastoral, Stuart Cooke. Bookmark the permalink.
Stuart Cooke is a poet, scholar and translator. His latest books are the poetry collection Lyre (UWAP, 2019) and a translation of Gianni Siccardi’s The Blackbird (Vagabond, 2018). He lectures in creative writing and literary studies at Griffith University.