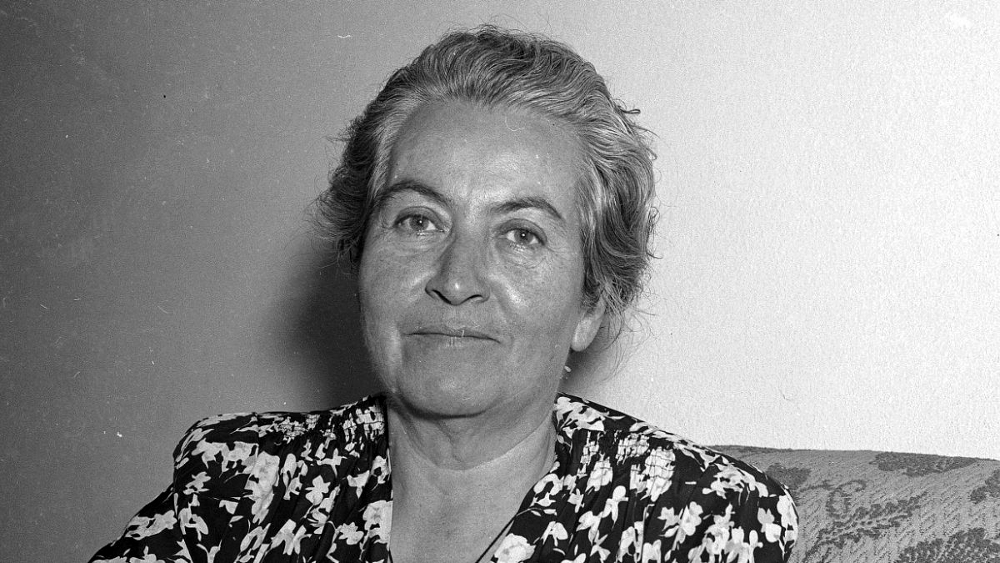 Gabriela Mistral is a central figure in 20th Century Latin American poetry. She was the first Latin American writer to win the Nobel Prize (in 1945), and to this day is the only Latin American woman to have won the award. Unfortunately, however, her work has been translated into English far less than almost all of her significant contemporaries. In many ways she is a much more interesting poet than Pablo Neruda, for example, but her international reputation is dwarfed by his. In part, this is to do with the fact that it is hard to access complete editions of her poetry even in Chile, and in part this is to do with her gender; as Ursula Le Guin argues, because Mistral was represented as a poetess, she was not taken seriously as a poet.

The only substantial selection of her work available in English is Le Guin’s Selected Poems of Gabriela Mistral from the University of New Mexico Press. Le Guin’s accomplishment is a formidable one, particularly given that she had little Spanish herself; drawing on a range of Mistral collections from different countries, Le Guin’s translations provide an incredibly comprehensive selection of Mistral’s oeuvre. For the first time after decades of neglect, the Selected Poems gave readers in English a sense of Mistral’s power, intellect and compassion.

However, the Selected Poems is marred by innumerable errors and unfortunate translation choices, not to mention an ungenerous design which crams Spanish and English versions together on the same page. Of course, this is not the space in which to provide anything like a substantial correction of these problems; instead, I offer these few translations as alternative versions to Le Guin’s, if for no other reason than to show that more than one version is possible (and should be possible, for a writer of Mistral’s calibre).

The poems included here are all from Mistral’s 1967 collection, Poem of Chile. More modest in scope than Neruda’s Canto General (1950) – where Neruda attempts to sing into being an entire continent, Mistral embarks on a kind of dream-journey down the length of Chile – Poem of Chile nevertheless relies on a similar, geomantic faith in the power of poetic enunciation to reimagine the ground of Chilean being. Three companions are present in most of the poems: a woman (the speaker), who seems to straddle the worlds of the living and the dead; a Diaguita boy (from northern Chile); and a huemul, or Andean deer. Together, they represent the three main foci of Poem of Chile – female experience, Indigenous Chile (Mistral herself had Indigenous heritage), and the natural world – and constitute the framework of a pioneering, feminist decolonial poetics.

To some degree, Mistral is anomalous in the context of a domestic literary tradition dominated by big, male communists (Huidobro, Neruda, de Rokha, et al). Next to their loud, party poetics, Mistral is a fiercely independent humanist; next to their rhetorical flamboyance, her short lines and simple rhyme schemes seem decidedly sober, if not naïve; next to their bombastic readings, her voice has a softer, Chilean twang. In all of these ways, she suggests correlation with Judith Wright, though Wright would rarely embrace her country as warmly as Mistral does in the poems here.

Mistral’s association of indigeneity with childhood, or of the natural world with an unspeaking deer, might strike many as problematic. But of such critics I’d ask that we try to keep in mind the time and place(s) in which these poems were written. It’s unlikely that poems like these would have been possible in the Australian 1960s. Indeed, published only four years earlier, perhaps the best Australian companion to Poem of Chile is Oodgeroo Noonuccal’s We Are Going, the title poem of which is undoubtedly resonant with Mistral’s ‘Mapuches’, included here.

Pages: 1 2 3 4 5 6
This entry was posted in TRANSLATIONS and tagged Gabriela Mistral, Lucila Godoy Alcayaga, Stuart Cooke. Bookmark the permalink.
Stuart Cooke is a poet, scholar and translator. His latest books are the poetry collection Lyre (UWAP, 2019) and a translation of Gianni Siccardi’s The Blackbird (Vagabond, 2018). He lectures in creative writing and literary studies at Griffith University.


More by Stuart Cooke on Cordite Poetry Review →
Lucila Godoy Alcayaga, known by her pseudonym Gabriela Mistral, was one of the great poets of the twentieth century. Born in Vicuña, Chile, she spent much of her adult years living overseas as part of a successful career as both an educator and a diplomat. In 1945 Mistral became the first Latin American, and fifth woman, to receive the Nobel Prize in Literature.