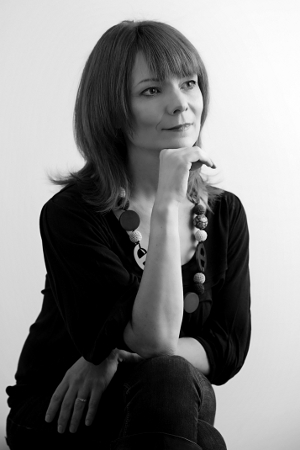 This issue began with the idea of an open house and a couplet from Roethke’s poem of the same name:

It continued with a few openings and closings of the Submittable gate over summer, and wasn’t long before this imagined poetic house had its doors and windows propped wide; its lawns and verandas filled with voices.

As the hinges loosened and the volume rose, I thought the oddity of Roethke’s quiet and agonised poem about revelation, witness and nakedness, and the oblique angles of its declaration: ‘I have no need for tongue’. I thought of the unspoken that runs alongside words, and of silence. And I thought of Jay Gatsby in a quiet room at the parties he throws, inventing himself as a host to people who never see him: generous, reclusive, elusive, haunted.

In his poem ‘Ars Poetica’ Czeslaw Milosz imagines the poet him- or herself as inhabited and sometimes haunted by ‘invisible guests’:

Milosz suggests that ‘in the very essence of poetry there is something indecent’. Something obscene – a word that grew from the Latin obscaena (offstage) – is also part of the nature and mechanics of the world of literary curation. Like Gatsby, those reading and enabling large numbers of poems by other poets might expend their energies hosting many, holding onto the hope of reclaiming something as wonderful as the first moment a poem cut deeply.

When Milosz suggests that poems should be written only ‘rarely and reluctantly,/ under unbearable duress’ he underlines their importance, and how much energy (the poet’s, as well as that of the daemonic forces he describes) goes into their creation.

Milosz’s suggestion would be helpful to editors faced with the uncomfortable mathematics of an imbalance in poetry culture between those who write and those who read. In editing this issue, I was reminded of the teachers who worried about my dropping maths in my last year of school in favour of more words, as I thought of this equation. I thought of Libby Hart, concerned with a similar question, and writing that she was able to accept just 5% of submissions to her edition of Cordite Poetry Review, and of my own calculation that the figure this time was more like 2%. And I thought of debates about something quaintly called ‘literary citizenship’ and powerful contributions to that by editors such as Matthew Lamb about vital ethical questions of supporting a literary culture. While Cordite Poetry Review is available to all readers, related questions apply. And it is always evident when poets read, and when poets love poetry, in the poems they write.

In terms of the impossible equation, though, with many more poems I would have loved to have included here, I thought constantly of the implications of this for Cordite’s invisible, anonymous guests. I thought especially of the many poems that moved and surprised me. Some of the ideas and images that remain with me are from poems not included here.

I thought of the way perseverance grows writing, but also the ways not having a poem accepted may mean another opportunity to look at it again, and to work more on it. I thought of poems of my own with the most stamps in their passports, each travelling to and fro from journal to journal until it met the editor who responded to it. I am very grateful to all the poets for sending in their poems. When I discovered the names of the poets whose work I selected, I was thrilled to see the range was from some of our most celebrated poets to those who have been publishing poetry and enriching our culture for fifty years or more – new names, and poets whose first publication will be here.

I admit that, among the poems published here, all of which delighted, surprised and shook me in one way or another, I found one, especially, that has since been my green light, a focal point for a lot of admiring and gazing. I’m aware that it’s unconventional to admit to this, but since this temporary appointment has inspired and delighted me so much, I want to express the pleasure I have and continue to experience in one particular poem; A.J. Carruthers’s ‘Cantone 5a. ‘Core’’ is, I think, an amazing poem. Its radical invention emerges from attentiveness, and its gentle re-imagining of Emily Dickinson’s piano always remembers the poet, her phrasings, others’ words about her: the music and open me carefully of her poetics. In the spirit of this issue, it is hospitable, generous, open and fearless – it ‘takes an interest in’ its subject in the gentlest, wildest ways. I could continue this adjectival assemblage, but suggest instead you read the poem and forgive my breach of protocol.

Guest-editor as Gatsby, gazing green-light-wards, is a rather whimsical analogy that nevertheless points to how little, really, the guest-editor does. Gatsby doesn’t cut up the oranges, carry the drinks, or wash the dishes. He broods in a room while others create (and clean up after) the party. In this case, as well as the poets’, the major creative energies involved here are those of Cordite’s visionary, self-effacing Managing Editor, the generous and talented poet Kent MacCarter. I am indebted to his graciousness, imagination and energy, and very thrilled to have edited this issue. Open me carefully.

This entry was posted in ESSAYS and tagged Felicity Plunkett. Bookmark the permalink.
Felicity Plunkett is a poet and critic. Her debut collection Vanishing Point (UQP, 2009) won the Arts Queensland Thomas Shapcott Prize and was shortlisted for several other awards. She has a chapbook Seastrands (Vagabond, 2011) and is the editor of Thirty Australian Poets (UQP, 2011). Her new collection, A Kinder Sea is forthcoming.