← Poetry Film: 被移動的嗎? | Was Being Moved?
by Ye Mimi
NO THEME III Editorial →
by Felicity Plunkett 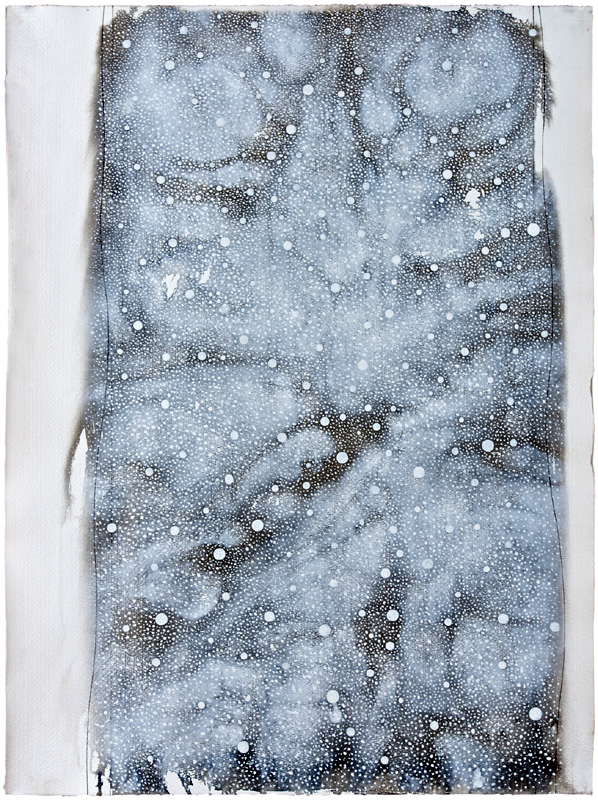 I have worked allusively in relation to poetic texts for most of my professional life. I suppose the first was T.S. Eliot, and I have correspondence with Valerie Eliot on that matter (she told me Eliot didn’t like the idea of a direct relationship between text and image).

I made a series of images relating to Seamus Heaney’s ‘From the Republic of Conscience’, written for Amnesty International, and the poet, in correspondence, was enthusiastic about the resulting images.

The poet who has captivated me in a sustained manner is J.H. Prynne, with whom I have maintained a written correspondence, but after all these years we have still not met.

‘Star Damage at Home’, ‘The White Stones’ and ‘Biting the Air’ are Prynne texts that have evoked a visual response from myself. Jeremy also has one of my works. ‘A Precipitation of Fallen Angels’ is a reference to Coleridge’s 1802 journal, in which he writes about the alleviation of depression in the presence of a waterfall and describes this as ‘a precipitation of fallen angels’.

This entry was posted in ARTWORKS and tagged Ian Friend. Bookmark the permalink.
Ian Friend was born and educated in the UK, completing postgraduate studies at The Slade School of Fine Art, UCL in 1975. He has worked as an artist, curator and educator since graduating and relocated to Australia in 1985 to work at the Victorian College of the Arts, Melbourne. Since then he has lived and worked in Ballarat, Launceston and Brisbane, to where he relocated with his family in 1997. He continues to produce paintings and works on paper, with 2 harlequin poodle assistants, in an inner city home and studio in Brisbane.