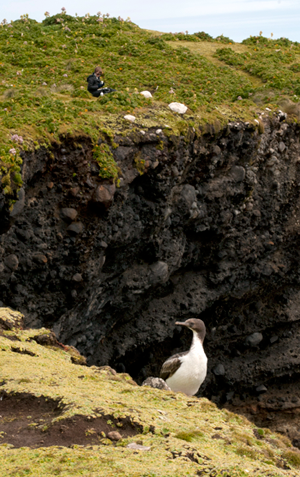 In early April, Peter Minter provided the opening address to The Political Imagination: Contemporary Diasporic and Postcolonial Poetries Symposium held at Deakin University in Melbourne. His paper, ‘Toward a Decolonised Australian Poetry’ raised a radical, timely revision of approaches to reading our local poetic traditions. Minter’s key contention is that ‘nationality’ (i.e. what is un/Australian) is no longer a convincing way of viewing Australian poetry’s trends, and I agree wholeheartedly. As an alternative, he proposes not a nation-shaped block of poetic endeavour, but an ‘archipelagic map’ of localised activity. Such a map aims to ‘reassess the monolithic’ image of poetic development as assimilative. In doing so, Minter’s archipelagic model offers alternative images of ‘outcrops of non-Anglophilic’ poetic diasporas and ‘psycho-geographic intensities’.

The result of this alternative view of Australian poetry, argues Minter, is a ‘more ethical set of metaphors’ to describe the intentions and movements of Australian poets and the affects of their work. Such metaphor would include, for example: distance; poetry as diplomacy; and poetry as survival, among others. Another result of archipelagic understandings of Australian poetry is that critical terms must be shifted. Those that hinge upon the concept of a national poetry tend to disintegrate: transnationalism and multiculturalism become complicated; even globalism, moots Minter, could become a less useful view of our archipelagic relationships.

These are exciting ideas. They articulate the ways I’ve come to view my own work and that of many other Australian poets over the last few years. I’ve been thinking about how Minter’s archipelago could be further expanded and detailed. For what they’re worth, here are some questions I’m currently asking myself as I think about how the archipelagic map could prompt new critical discussions:

The archipelagic model is primarily about poetry’s relationships to place, in which are nestled society, culture and government. Minter may be signalling a way to break down that vague, North American term, ‘ecopoetics’, into more specific accounts of our island poetics.

This entry was posted in ESSAYS and tagged Bonny Cassidy. Bookmark the permalink.
Bonny Cassidy is a poet and essayist living in Castlemaine, Victoria. Bonny is author of Said To Be Standing (Vagabond, 2010), Certain Fathoms (Puncher & Wattmann, 2012), Final Theory (Giramondo, 2014) and Chatelaine (Giramondo, 2017). Her poetry has been anthologised and widely featured in journals locally and internationally, and she's been the guest of numerous international residencies and fellowships. From 2014-19, Bonny was Reviews Editor for Cordite, and in 2016 she co-edited the anthology, Contemporary Australian Feminist Poetry (Hunter, 2016) with Jessica L Wilkinson. Bonny has helped develop several poetry education programs and founded the Sporting Poets reading in Melbourne. She is Lecturer in Creative Writing at RMIT University, Melbourne.