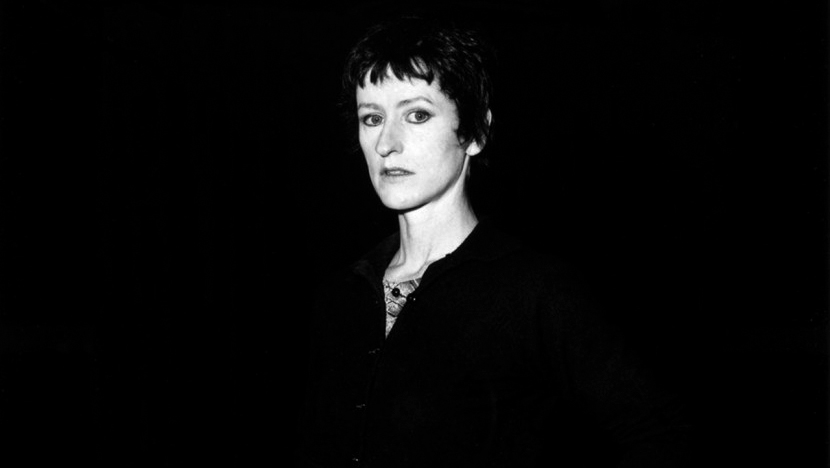 In her piece in The Reader titled ‘Some Random Notes about Contemporary Poetry’, Gig Ryan asserts that, ‘Poetry is our response to the world, but it’s also the thing we poets find the most taxing, the best of engaging our brains. Ideally – like all good art – it should make us think.’ Yet, as she also acknowledges, meaning is often secondary when reading poetry. That is, it is intensified and made more complex by the poem’s sensual materiality and the affect it may evoke.

Both an avid reader and teacher of Ryan’s poetry for the last past two decades, I had been excited to hear that Giramondo was publishing her New and Selected Poems. And when it arrived, it did not disappoint. Being of a comparable size and quality of production to Brandl & Schlesinger’s Collected Poems of John Forbes, I think it will become, much like Forbes’s Collected, one of those staples among the bookshelves of local poetry lovers and eventually of a more international audience, for it includes some of the best Australian poetry written over the past thirty years.

A number of reviewers have called Ryan’s writing difficult and that difficulty registers at intersecting levels of form, emotion, and politics. Yet, it is also this demanding relationship that her poetry sets up with the reader that generates a sense of taut intimacy and imprints it upon one’s psyche. Accordingly, this review emerged more slowly than intended, for engaging with Ryan’s poetry challenges one’s complacency with the world and with one’s self. It moves the reader, quite painfully at times, but also across the spectrum toward radicalised laughter, as much as it makes one think.

In beginning this review, I find myself contemplating Ryan’s own cynicism at how critical reception packages and delimits poetry. In ‘Profile’, she writes:

The poem ends with ‘Priests gather at the table / and swim in the pages of my future / to a world I’ve barely crept on’.

Far from reifying Ryan’s poetry through a messianic bent, this review undertakes a brief apprentice-like meandering through some of her work, not as an ‘explication of process’ but rather to indicate the range of themes and the poetry’s compositional richness. Ryan’s first volume, The Division of Anger, appeared in the summer of 1980-81 and contains some of her best-known and provocative poems. The emotional punch of a number of her poems comes from a slippage of ontological boundaries, sometimes surrealistically but often sharply apt, so that our modes of perception are challenged. In ‘Getting It’, for instance,

In this moment of intimacy, ‘pale guilt’ blows ‘like a flower’ rather than romance blooming Renaissance-style. Mobilising the old metaphor of eyes being the windows to the soul, Ryan suggests a crucial lack of insight. While telescopes illuminate what’s in the distance, here they are turned inwards, focusing on a brain that might be ‘clear’ of affective response, including a mirroring guilt. The feminine over-analysing that is often dismissed as ‘being silly’ becomes part and parcel of love as human mechanics: like a ‘new appliance’, intimacy is something both domestic and strange, its presence making one feel both ‘luxurious’ and ‘unsure’. Later in the poem, Ryan writes:

Again, there is a lack of connection between the speaker and the male figure. Even as they occupy the same small space of the car, she is ‘miles away’ mentally. Alternatively, he’s in an interior reminiscent of Charlotte Perkins Gilman’s The Yellow Wallpaper, the sense of claustrophobia heightened by the ‘skirting-boards’ which are ‘sealing like band-aids’. The sense of his apparent (perhaps well-staged) vulnerability that the reader apprehends earlier in the poem is reinforced here as the ‘sealing’ of a ‘band-aid’ over an open wound, while the term ‘sealing’ also puns upon the idea of an encroaching ceiling that is closing in over the ‘skirting-boards’. The sense of ‘skirting’ heightens the lack of groundedness, as one skirts round a fixing of the relationship. The idea of ‘nature strips outside’ extends the sense of exposure, as Ryan puns upon the term ‘nature strip’. In bringing together terms like ‘nature strip’ and ‘skirting-boards’. Ryan juxtaposes cultural boundary-markers against the couple’s free-floating affect. The title of the poem, the colloquial ‘Getting It’, is one that is put to the question, although we may slowly “get” the layered sense of the speaker’s anxiety and her resulting emotional distancing-cum-safeguarding against the male figure’s more unthinking embracing of vulnerability, as emphasized in the final line, ‘He sleeps like a dream’.

In poems such as ‘Not Like a Wife’, there is a sense of bleakness in the single woman’s situation, unacknowledged by the male figure who reads it as a code for female creativity, ‘You like it here, yes, you find character in poverty?’ While he laughs at the cracking plaster, the female speaker attempts reassurance:

In the citational circulation of female identity, the single woman’s value is as an item of novelty and ready sexual consumption. The speaker’s inability to rehearse other forms of feminine value, particularly in the areas of appearance and service, is reinforced serially as one who was ‘never blonde’, ‘never looked American enough’, ‘can’t cook’, and culminates in the final lines:

The sardonic tone is typical (I hesitate to use the term ‘trademark’) of Ryan’s poetic voice. In ‘Dying for It’, Ryan writes:

Ryan’s best-known poem from this first collection is ‘If I had a Gun’:

Here, Ryan catalogues the everyday and everywhereness of female objectification and diminution in a way that makes the skin crawl. Lines like ‘who says Baby you can really drive like it’s so complicated’ or ‘who says Was that good like a menu’ are memorable for triggering those recognised responses that women generally keep internally. As culturally conditioned ‘good girls’, women often don’t critique or answer back to male judgement. And as such are taken advantage of: ‘Women are full of compassion and have soft soggy hearts/you can throw up in and no-one’ll notice / and they won’t complain’. The poem is as much about men’s need for confirmation while keeping women in place as intellectual and aestheticised Other: ‘I’d shoot the man who can’t look after himself / who comes to me for wisdom who’s witty with his mates about heavy things / that wouldn’t interest you’. Ryan’s speaker refuses such a role and instead desires to do extreme violence to such cultural assignment. The repetition of ‘I’d shoot the man’ is effective in building up a sense of power; the phrase’s citation is, in itself, performatively empowering. ‘If I Had a Gun’ is reminiscent of Jayne Cortez’s poem, ‘Rape’, in which Cortez celebrates two rape victims of the 1970s responding to aggression with lethal force. Ryan’s poem is perhaps even more ethically ‘loaded’ for the use of deadly force seems excessive and morally untenable as an ideological intervention to the insidious putting-down of women.

Pages: 1 2 3
This entry was posted in BOOK REVIEWS, ESSAYS and tagged ann vickery, Gig Ryan. Bookmark the permalink.
Ann Vickery is Senior Lecturer in Writing and Literature at Deakin University. She is the author of Leaving Lines of Gender: A Feminist Genealogy of Language Writing (2000), Stressing the Modern: Cultural Politics in Australian Women’s Poetry (2007), The Complete Pocketbook of Swoon (2014), and Devious Intimacy (2015). She co-authored The Intimate Archive: Journeys through Private Papers (2009) with Maryanne Dever and Sally Newman, co-edited Manifesting Australian Literary Feminisms: Nexus and Faultines (2009) with Margaret Henderson, and co-edited Poetry and the Trace (2013) with John Hawke.