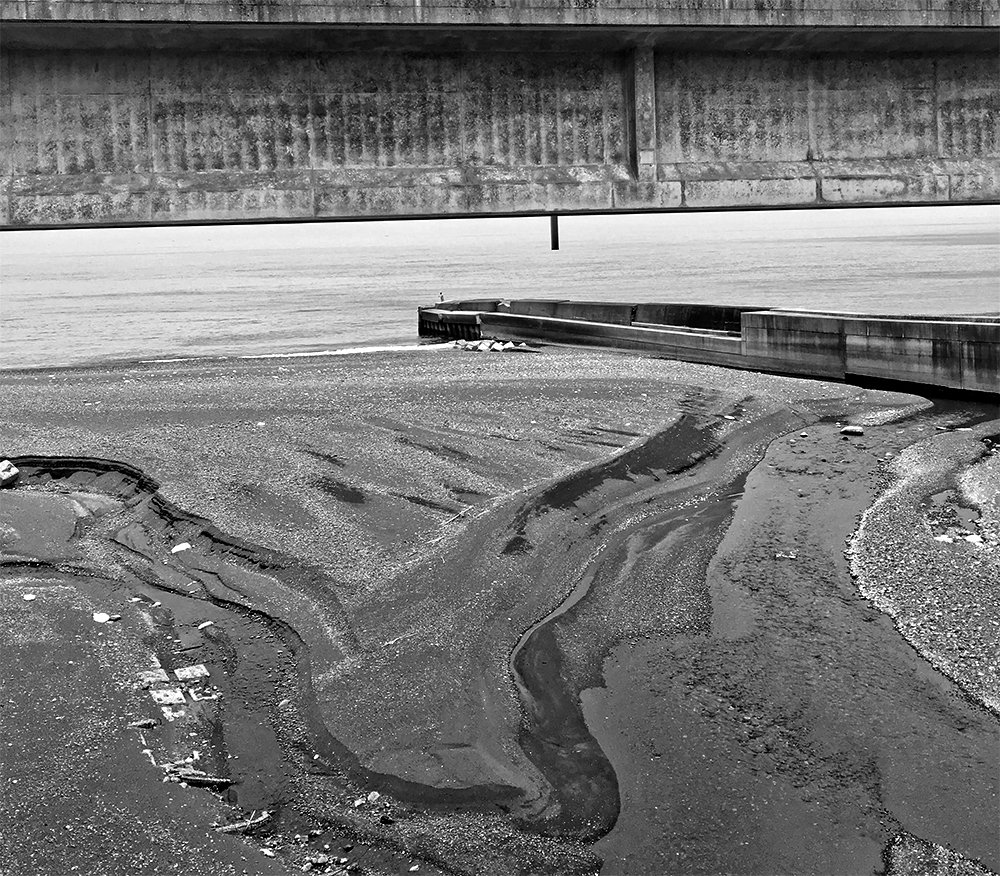 Sitting on concrete steps of the Shinto compound, I lit up the gas stove to boil water for noodles and placed the lid on the pot. Looking out to the Pacific, a trawler the length and shape of an underground tunnel accompanied another boat as big as a tug. The trawler drifted with the current to and fro across the horizon gobbling up seafood. Another passes closer to shore then further out, backwards and forwards with the last of the western sun on our backs but shining in their windows. Captain’s lights swayed in front of the horizon. The same horizon all over the world. These thoughts came to me as the water came to boil; my grandfather was a seafaring man, moving to Geraldton from Helsinki and becoming one of the first crayfishermen on the Abrolhos Islands. I’ve never been comfortable on the ocean. Every time I go to sea my entire body yearns to be back on land and as I looked out at the trawler I wondered what the workers thought. Could they tell one horizon from another? Could they distinguish one port from another by the light patterns? When I checked to see the progress of the boiling water, the pot was covered in sugar ants, and the pot was burning hot and they were trying to jump off.
*

After following the coast for a week one feels the entire coast of Shikoku is made of concrete. First you have the tsunami walls. These walls are ten metres high and you assume they are at least that depth underground. The walls, in profile, look like square topped pyramids. We walk on top to see the sea. At regular intervals there are iron gates with huge painted letters. These gates let people through and to let water out after a harbour wave.

Next are the reconstructed reefs made of interlocking blocks in various shapes like tire levers or knuckle bones. Porous reefs diffuse the full force of swells. Judging by the lack of moss and algae, the artificial reefs are much newer than the tsunami walls. Even newer are the tsunami evacuation towers. With currents and waves, if you place a solid structure in one spot, waves bounce off altering the natural accretion zones, creating another problem. Having dealt with a localised erosion problem in one spot, locals must now address nearly every kilometre of coast around the island.

What at first glance appeared to be naturally occurring rock was, in fact, made up almost entirely of concrete. In long rows the red cast iron moulds for the breaker pods lay on the wharf filled with a recent pour. Combined with the mid-twentieth century technique of building solid concrete wave barriers, the aggregate sum of concrete deployed along the coast must amount to millions of tonnes of the poisonous substance leaching slowly into the water. Each evening and each morning dynamite is used to explode apart the mountains to gain access to this precious substance; emblem of a static topography. Some settlements owe their existence in large part to the leviathan concretisation effort. These towns provide a mishi-no-eki to tired Henro with sore feet and allow free camping for those too poor to pay for a bed and breakfast. How long local and nation governments can stall erosion of their shoreline and the collapse of seaside villages into the unstoppable, no one can say.