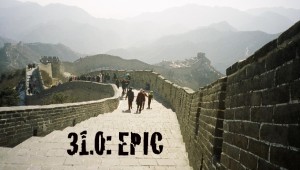 When ‘Epic' was suggested as a theme for an issue of Cordite, I was expecting it to be either rejected outright or at least modified into something less archaic. When it was actually chosen as the theme for issue 31 with myself as the guest editor, I was faced with a more pressing concern: would we receive enough suitably epical submissions to justify our choice of this theme? Or would the dearth of appropriate contributions confirm that, as literary critic Tom Winnifrith has written, the epic is ‘as antique as a dinosaur', or, as Mikhail Bakhtin would have it, the epic poem is ‘an already completed genre â¦ distanced, finished and closed'?

Having read the 600+ poems that were submitted to Cordite 31: EPIC, and having found it very difficult to choose only 34 pieces for this issue of our journal, I can say confidently that the epic, the long poem and the narrative poem are neither antique nor finished. Although my definition of the epic is perhaps more provisional than some classicists would like it to be, there is no doubt in my mind that the poems in this issue are extremely vibrant, modern, sophisticated and, at the same time, superbly readable and entertaining testaments to the longevity of perhaps the oldest form of literature in the world.

At a time when the proliferation of electronic media and technologies is perhaps further shrinking the reader's attention span, and print publishers remain obsessed with excessively short poems that don't take up too much precious space on the page (space that could be used for more advertising, prose, etc.), this issue confirms that at least 34 contemporary Anglophone poets have not lost the desire to either respond to the very, very long poems of the past and/or to write very, very long poems of their own.

To begin with, although a number of the poems presented here are not very long at all, they engage with the specific narratives and motifs of old epic poems. Greek mythology, the source of a great deal of European epic poetry until the late middle ages, has been the inspiration for Olga Pavlinova Olenich's dramatic monologue Medea of Melbourne; Fiona Wright's clever and witty After Medusa, Newtown; Anne Hollier's feminist critique of the objectification of female deities in The Search; Stuart Barnes's harsh and haunting A Day; and Mani Rao's Father's Day, which masterfully condenses the aftermath of Hector's death from the Iliad.

Homer, and the Odyssey in particular, feature strongly in this issue. In Greg Horne's The Centrifuge, Odysseus and Telemachus are seen standing at the traffic lights in an Australian country town; in Anthony Dimatteo's Penelope's Poet, the lonely queen of Ithaca is provided with a secret lover; Bill Rush's prose poem Telemachus Remembers His Father presents a précis of Homer's epic from the perspective of a disenchanted adolescent boy; and Sally McIntyre's The Desert Homeric captures the ancient bard's long line to formulate a kaleidoscopic invocation of nature.

Not all the allusions to the canon, histories and myths are European, and they present a degree of global epic influence that transcends Greco-Roman mythology. Michelle Leber's stunning sequence from The Yellow Emperor Poems recounts the myth of Lei Zu, the wife of the semi-legendary 27th century BCE Chinese emperor; Michelle Cahill's Reading the MahÄbhÄrata presents a terse history of India in the form a penetrating exegesis of the seminal Sanskrit epic; Anne Carson's engaging narrative Writing on the Wall provides a sharp critique of the west's much-vaunted Grecian heritage from the perspective of a longsuffering Persian slave; and Gregory Vincent St. Thomasino's incantatory The Archaeology of Palestine evokes the contemporary crisis in the so-called Holy Land using the themes of early Christian theology.

For readers interested in superb long poems and verse narratives that articulate uniquely Australian images and stories, we have Peter Coghill's tragic tale of a 19th century frontier massacre in Settlement; Benito di Fonzo's sequence What For? (Epic Triad Version) which takes the reader to that emblematic site of OZ culture, the pub; and Liam Ferney's cycle Millennium Lite Redux which ruminates on the immense distance between ‘Brisneyland' and London. Some of the shorter poems also deal with equally epic, macrocosmic Australian themes. Jeltje's Run, Run For a Safe Climate! evokes the infernos of the recent Victorian bushfires; S.K. Kelen's Rumpelstiltskin Cycle retells the Grimm fairytale with deceitful Australian politicians taking turns as the demonic dwarf; Alan Redman's US Sailors on Furlough is a skeptical portrayal of Australia and USA's diplomatic intimacy; and Michael Farrell's epic lampoons the very idea of an Australian epic poetics. 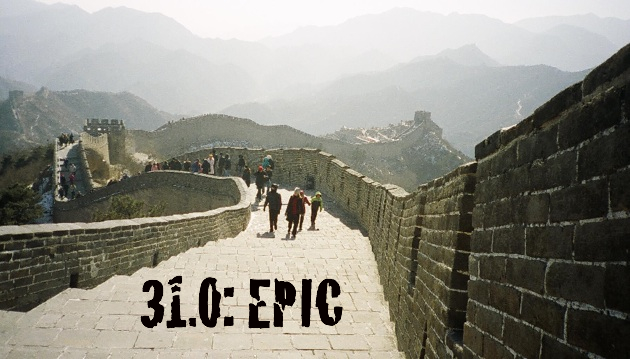 Satire and irony, as is to be expected in our post-modern milieu, have a prominent place in contemporary poets' responses to the theme and form of epic poetry, a genre that has been taken far too seriously for far too long. Danijela Kambaskovic-Sawers's The Williad is a classic, and hilarious, mock epic about juggling epic poetry with single parenting; Quincy Lehr's A Gifted Child uses the structure of the Torah to satirise tragicomical middle class radicalism; Eddy Burger's The Siren and the Pesky Knave, equipped with the author's own fascinating illustrations, sends up the macho anthropocentrism of classical quest narratives; Noëlle Janaczewska's Jesus's Ass (by way of Nietzsche) pokes fun at Christianity as well as Nietzsche's anti-Christianity; and Greg Rochlin's The Man Who Cried Wolf is a dark political farce that laments the Iraq war in the form of a deceptively lighthearted fairytale.

While all the poems included in this issue convey a sense of linguistic playfulness, some of the pieces pursue (post)modernist avant-gardism and experimentalism more enthusiastically than others. WM Lewis's anti-narrative, Boobs Are So Random, starts with a semantically lucid line before drawing the reader into a labyrinth of cryptic film noire signs; Louis Armand's anti-imagist Realism: Four Preludes unsettles the perceived realness of what we see by emphasising that ‘the eye, too, is a product / of history'; Peter Lach-Newinsky's The Post-Man Letters: An Evolutionary Epic comprises seven contrapuntal texts in which the interposition of different voices undermines the narrator's authority; M. F. McAuliffe's Epic, Untitled uses numbers and mathematical calculations to present a powerful argument against the tyranny of work; and Sheryl Persson's innovative shape poem Visiting Toledo visually represents an escalator that in turn symbolises the mechanical and artificial linearity of a given history.

Although most of the poems in Cordite 31: EPIC draw on preexisting myths, symbols and histories to produce their own contemporary discourses, a number of the poems develop new universes that are either fictional or deeply personal, challenging the public/mytho-historiographical premise upon which most epic poetry is based. Bev Braune's The Legend of The Son of Nadlan The Rus' has all the appearances of an authentic medieval romance, but its imaginative conflation of a Norse saga with something like a chanson de geste or perhaps El Cantar de Mio Cid produces an entirely new epic universe; Jeffrey Klooger's The Ghost of a Marriage retells the Hollywood film What Lies Beneath as an entertaining supernatural thriller short story in verse; Libby Hart's suite from 'This Floating World' is a poignant personal meditation on travel, love and belonging; and Susan Stanford's cycle Passage Through a Daemon evokes classical and pagan perceptions of a daemon as the ephemeral form of a changing body to signify a deeply personal, even psychosexual, metamorphosis.

I myself interview the renowned John Kinsella about his recent revisionary epic poem, Divine Comedy; to highlight the epic's oral provenance, our audio editor Emilie Zoey Baker presents provocative spoken word recordings by Crixus, Maxine Beneba Clarke, Sean M Whelan and the Interim Lovers, Tiggy Johnson and James Laidler; and in addition to our regular fortnightly reviews we have Libby Hart's review of 'Bee Hut', the first posthumous collection by one of Australia's foremost authors of narrative verse, the late Dorothy Porter.

It was perhaps reading Dorothy Porter's astonishing – and astonishingly successful – early 90s verse novels, Akhenaten and The Monkey's Mask, that prompted me to write long poems and epics of my own. When I began reading for my PhD with the aim of redefining the epic, I posted a message titled ‘the epic: pros and cons' on an online poetry forum, and received a large number of intensely and almost unanimously negative replies. One established poet observed that, seeing as I was just a young writer and obviously all I cared about was attracting attention, I would be better off ‘parachuting from a plane singing ABBA' than wasting the group's time with what another prize-winning poet called ‘a very stupid topic'. Meanwhile many younger poets wondered if I hadn't noticed the ‘fact' that novels and movies had made the epic (and perhaps poetry altogether) redundant. I believe that Cordite 31: EPIC goes some way to proving such perceptions wrong.

This entry was posted in ESSAYS and tagged Ali Alizadeh, epic. Bookmark the permalink.
Ali Alizadeh's new book is Marx and Art and his next collection of poetry (Towards the End) will be published in 2020. He's a Senior Lecturer at Monash University.