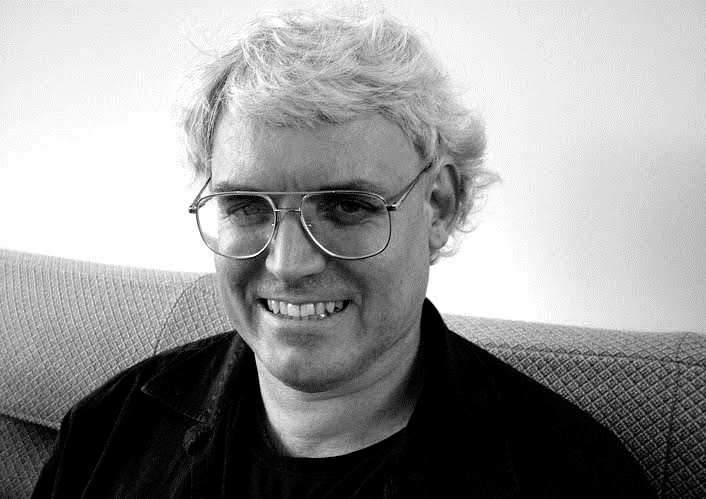 Difficult and full fortnight of work coming up before I have to travel solo to London on bus, ferry and train.

Went to Kinsale yesterday – a cold town that is dragged down (for all its boutique holiday sell) into its early seventeenth-century historical vacuum. Its ‘Englishness’ riles against its Irish suffering of the time (and after). It seems anathema to me. Its old court building museum has closed, the tide was out, and the star fort (Charles Fort) was austere, brutal and only ‘lit up’ by the non-comprehending selfying of teenagers poured out of then crammed back into tourist buses. One could see how the Spanish Fleet (pre the 1670s fort) was pincered into the harbour by English guns. The fort was like a pacifist black hole of military-historical fetishism (of unresolvable ironies). I stood watching a cormorant working the water.

We travelled back via Ballinspittle and Timoleague alongside Courtmacsherry Bay (and inlet) towards and through Clonakilty then home via Skib. We had travelled from home via Bandon and Dunmanway. Was fascinated to see nine swans feeding in a line that clearly moved higher up the flats as the tide was coming in fast. There’s a poem about space I need to think about.

Today I was caught in a waking dream of driving the road from Calingiri to Wongan Hills at the height of summer – I could taste the dust and the stubble in the burning air and the blue sky seared me through the windscreen. It is cold here today and the rooks strop their beaks, remorseless in their calling, calling.

On Friday a massive wedding – four-hundred people. The village is still coming down from its high. It was a son of our landlady – she has been excited about it for weeks now (and no doubt longer!).

And between Skib and Bally as we were returning yesterday we passed Kilcoe Church and there was a line of hundreds of people in pairs (cars parked everywhere) filing in and out of the building. A funeral? It also marked me, and I will long remember it as an overwhelming and humbling impression/vision amidst the rough roads and furze.

Good day. Went to Kenmare and Sneem via Bantry. Visited the Lady Well and the stone circle in Kenmare. Travelled to Sneem on the Ring of Kerry. Good walks. Kenmare saturated in Halloween stuff. Witches on the street. Grim reapers at corners. A woman with (what looked like) Celtic crosses tattooed on her face photographing her kids and their father by a pumpkin coach drawn by skeletons and driven by a witch. The year turning and leaves on the streets. At the Lady Well, horse chestnuts and horse chestnut tree leaves forming an abject but revivifying mulch. Showers then sunlight and mountain / bay / river cold. On the path alongside the stone circle which I will not (we will not) step inside (respect): a used condom. A weird paralleling of fertility and constrained fertility where the Catholic world edges against the old ways and can’t reclaim – so many stones and tombs were used as sites of prayer when the English crushed freedom of worship and tried to mate syncretistic Catholicism to their own imprint. The collapsing belief matrix via the resistance of localism and adaptation (multi-dimensional spatial conquest modelling). Returning home via the Caha Pass, sun on mountains, on the bulging lens of Barley Lake and the rivulets of quicksilver down sandstone walls, was electric and contradictory (in image perception). Dangerously mesmerising.

Reading a biography of Derrida.

I want to work this tiger-snake poem out – I have been writing it for thirty years. John almost stepping on one at Jam Tree Gully, another coming out from beneath Stephen’s and Dzu’s house the other day, another seen by Mum and John on the road to Geraldton. Plethora! And up there is the furthest point of the tiger-snake’s range (but range is shifting in so many ways for so many species – we are often among ‘28’ parrots and Port Lincoln parrots at Jam Tree Gully … ringneck parrots both, but ‘28s’ are not generally considered to be located that far north). But Stephen emailed to say shearers have been seeing a lot of tiger-snakes up around Geraldton this season of awakening and activity. They are reaching up and out and inwards! They are changing their spatiality, their definitions of the local, of what is permeable. Snakes that favour moisture and swampy areas are reaching inland towards the meagre offerings of farm dams, soaks and the seepages of interiority.

Cold day. Thinking over long-term plans to do an Argonautica. Lots of thoughts on it over the last four years. Thinking now that I might have a ‘vehicle’ for it – the journey from Schull to London and back. I will rough out the first version during the trip – develop over following journeys there and back with Tracy and Tim before Christmas and when we return overland and by sea from Germany / Holland around Easter.

Have been adding to the new sequence of Graphologies – Graphology Rune series – bit by bit over the last month. It just grows at its own rate.

5.50pm Soon the Halloween invasiveness begins. I dread it – no peace at all. This annual ritual of confrontation with the horrors, demons and impositions of history. History should never be ‘sent back’ but confronted and conversed with to make a better future, but I find Halloween a grotesque re-envisioning of famine, colonisation and loss of control over one’s own destiny. I understand why it is, and appreciate its cyclical respatialising and attempt to ‘manage’ the horror, the heritage of loss and brutality, but its very desperation creates a contradicting consumerism I find disturbing. In a famine place there has to be a constant negotiation with a possibility that can never again become an actuality, but the commercial and sometimes prurient underpinnings seem to undo the confrontational and regenerative nature of the occasion. An activism is possible at the time of year when the ‘veil’ between the world of the living and the world of the dead is thin, but it needs to be inflected with an awareness of the ongoing exploitation and suppression of the natural world outside the human, or at least where the human/non-human interface is degrading and collapsing.

Went to the Skellig Ring on the Iveragh on Thursday. From the top of Mt Geokaun we looked out to the Skelligs so recently invaded and desecrated by the Star Wars movie Viking simulacrums. The monks in their beehive cells would have seen the Devil and no doubt called on God to assist them in their spiritual and physical crisis. It’s an unholy and capitalist act of consuming and destructiveness to have used the place of the old monks in such a way – and a destruction of a vital bird habitat. Rock pipits, gannets etc. From up on Valentia Island’s mountain we also saw the lighthouse being dashed by heavy swell, the powdered spray off the cliffs, the old slate quarry … A meadow pipit dashed across the water-riven steep road as we left the place where some of the first creatures to crawl out of the planet’s amniotic waters left their mark in the sandstone.

Not been able to write as I want to write for days. Anxiety. Have to go to London tomorrow via cab to Cork City, bus to Rosslare, ferry to Fishguard, train to London – a 24-hour journey. It’s the most eco-sound way to travel (and get there on time) but seriously exhausting and enervating.

Thinking of some poems – maybe Graphologies – come out of Freud’s ‘Mystic Writing Pad’. I used to use these devices a lot as a child and have done some experiments with them re creating temporary poems (whose erasure is never true – palimpsests are left on the surface beneath the ‘erased’ plastic sheet). This fascinates me. Art as permanence is capitalist fetishism and anti-environment to my mind. Things need to dissolve and return, though with such a device it’s just a simulacrum of this vulnerability of text and art that actually participates in the production of extraneous items of entertainment, and damages the planet further. A poem that works as a conceptualisation of the ‘mystic writing pad’, that performs the same tasks of text framed and text erased is more of interest and activist relevance. I want to start working more with the mechanisms of ‘memory’. Freud writes in ‘A Note upon the ‘Mystic Writing Pad’ (1925 – I think it’s the Strachey translation: check): ‘The sheet is filled with writing, there is no room on it for any more notes, and I find myself obliged to bring another sheet into use, that has not been written on. Moreover, the advantage of this procedure, the fact that it provides a ‘permanent trace,’ may lose its value for me if after a time the note ceases to interest me and I no longer want to ‘retain it in my memory.’ I will not give this text the pleasure of the future of data, of the screen, of personal computing. Too many lies and exploitations of ‘nature’ and people in that (those mines, those mines … those precious metals … the destruction of entire eco-systems so we can have depth behind our screens, can call up memory as data, can hypertext our way into alternative truths, alternative geographies and ecologies …).

Pages: 1 2 3 4 5
This entry was posted in ESSAYS and tagged John Kinsella, michael dransfield, Tom Raworth, Tracy Ryan. Bookmark the permalink.
John Kinsella's most recent works include the poetry volumes Drowning in Wheat: Selected Poems (Picador, 2016) and Open Door (UWAP, 2018), the story collections Crow’s Breath (Transit Lounge 2015) and Old Growth (Transit Lounge, 2017), and the critical volume Polysituatedness (Manchester University Press, 2017). Recent novels are Lucida Intervalla (UWAP, 2018) and Hollow Earth (Transit Lounge, 2019). He often works in collaboration with other poets, artists, musicians, and activists. With Tracy Ryan he is the co-editor of The Fremantle Press Anthology of Western Australian Poetry (2017). He is a Fellow of Churchill College, Cambridge University, and Emeritus Professor of Literature and Environment at Curtin University, Western Australia. He lives on Ballardong Noongar land at Jam Tree Gully in the Western Australian wheatbelt, and has also lived in the USA, UK and Ireland.