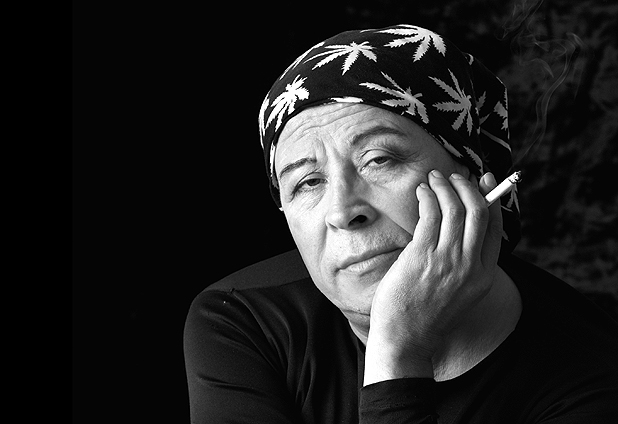 Pedro Segundo Mardones Lemebel, known as Pedro Lemebel because he rejected his father’s surname in favour of his mother’s maiden name, was born in El Zanjón de la Aguada in Santiago, one of Chile’s most marginalised urban districts. During the 1970s, while Chile still suffered under the dictatorial rule of General Augusto Pinochet, Lemebel studied to become a school teacher specializing in Fine Arts – the first in his family to do so. After graduating, he worked as a school teacher in a series of schools; however, he was fired from two of his appointments for openly identifying as gay. Between 1987 and 1997, together with Francisco Casas, Lemebel formed the performing arts troupe Las yeguas del apocalipsis1 (The Mares of the Apocalypse), whose name alludes to the idea of the end of an era, specifically: the Chile of pre-1973. This implicit reference to the 1973 Chilean experience is a loaded one, as post-1973 Chile was the testing ground for expansion of the current hegemonic economic logic and practice: neoliberalism. Neoliberal theories were first put into practice in Chile, under experimental shock conditions, as part of Augusto Pinochet’s economic and social policy program, which was heavily influenced by the Chicago School of Economics and its formation of a new wave of Chilean economists through the Universidad Católica de Santiago, known as the ‘Chicago boys’. Lemebel’s work is a reaction against the myths of Chile under neoliberalism. In the 1990s, in the first few years of the transition towards democracy, Chile presents an image of itself as a successful economic miracle, a developed nation without poverty that is only capable of looking forward at the cost of ignoring the ignominy of its recent past. It is in this context that Lemebel’s performance troupe irrupts on the scene, challenging Chile’s new myths and desires. It is this same impulse that guides Lemebel’s writing, which blends the poetic with the quotidian, the personal with the political, the urban with the confessional, the past with the present.

Lemebel is particularly known for revitalising the genre of the crónica (chronicle) and transforming it from the perspective of the poor, the marginalised and the gay (queer) in Latin America. He is also well known for his novel Tengo miedo torero and for his public interventions. Lemebel’s chronicles, which afforded him some renown in Chile, depart from the generic restraints of the Hispanic crónica and instead remakes the form in such a way that it gives voice to and makes visible the dark side of Chile’s modernity. His chronicles tell the stories of lovers, acquaintances, pop figures, Chile’s desaparecidos2, drug addicts, exiles, drag-queens, and other characters from Chile’s urban periphery and recent history. Lemebel’s writing brings forth an erotic vision of the city, but it is a vision that centres on the experiences and stories of those who have been excluded from normative discourses of the neoliberal city in present-day Chile. Lemebel’s writing agglutinates poetry, the first person chronicle and the vitalism of a lived experience of the margins of the urban landscape; it lifts a mirror that shatters the image of the post-1970s Chilean myth.

Here we have made a selection of texts that begins with Lemebel’s poetic ‘Manifesto: I Speak For My Difference’3, read in 1986 at one of Lemebel’s most notorious public interventions, while Chile was still under the rule of Pinochet’s dictatorship. This intervention was to serve as a warning to the new left of Chile, which was aligning itself with the discourses of the centre-right in order to be politically relevant, while simultaneously maintaining sexist discourses and attitudes. Lemebel’s manifesto is an important document, because it addresses the listener directly, using Chile’s everyday language and expressions. Lemebel uses the poetic form of the manifesto to challenge Chile’s gender politics, while also reaffirming and rearticulating a series of utopic and poetic images from the perspective of those not represented by Chile’s hegemonic discourses. The poem makes reference to the extermination of dissidents by General Carlos Ibáñez del Campo (3 November 1877 to 28 April 1960), an officer of the Chilean Army who served as President twice (1927–1931, 1952–1958)4, and the CNI: Central nacional de investigaciones5.

We have also selected three chronicles – ‘For My Sadness: Blue Violet’, ‘A Kind of Synopsis’ and ‘The Rettig Dossier’6 – because they are loaded with poetic imagery and faithfully represent some of Lemebel’s recurring thematic preoccupations.

Sadly, Pedro Lemebel passed away at 62 years of age on the 23 January 2015. With his passing, Chile has lost a writer that fellow author and poet Roberto Bolaño called ‘the most imaginative, provocative and brave artist.’

Despite Lemebel’s popularity and presence as a cultural icon in Chile, only his novel My Tender Matador (Tengo miedo torero), published by Grove Press (New York) in 2005, has been translated into English.


More by Sergio Holas-Véliz on Cordite Poetry Review →
Israel Holas Allimant was born in Chile and recently completed his PhD on Roberto Bolaño's polyphonic narrative fiction. Israel has translated poetry by Ennio Moltedo, Nicanor Parra and others from the original Spanish into English. Israel has also worked on translations of the work of contemporary Chinese poet Da Tui, together with Steve Brock. He recently published the book Contrahegemonías: los límites de la política Occidental según el caso de los Zapatistas y los Piqueteros and is currently completing a manuscript about Roberto Bolaño’s writing as part of the vanguardist movement Infrarrealismo.

One Response to Farewell Sweet Ladybird: A Manifesto and Three Chronicles by Pedro Lemebel (1952–2015)