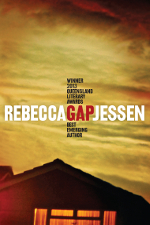 Winner of the 2013 Queensland Literary Awards for Best Emerging Author, Gap is Rebecca Jessen’s debut verse novel and a bold entrance into a strong line of Australian verse novels.

According to Catherine Addison, Professor of English at the University of Zululand and a leading critic of the verse novel, although the verse novel is certainly not restricted to any specific country or location, ‘Australia may seem a world leader in the form’. Since the 1980s, poets such as Jordie Albiston, Les Murray, Geoff Page, Dorothy Porter, John Tranter, and Alan Wearne have all written celebrated works that may be categorised as ‘verse novels’ or ‘narratives in verse’. Recent publications such as Ali Cobby Eckermann’s Ruby Moonlight (2012), Lisa Jacobson’s The Sunlit Zone (2012), Lesley Lebkowicz’s The Petrov Poems (2013) and Omar Musa’s Here Come the Dogs (2014) reveal promising possibilities for the form.

Gap is voiced by the protagonist Ana, a young woman who has grown detached and isolated, an outcast now trying to raise and protect her teenage sister, Indie. Ana has come from a place of abuse and neglect, revealed in poems such as ‘Mum did her best’ (24), ‘Mum always said’ (26), and ‘Get outta here’ (27). Themes concerning family dysfunction and class are explored throughout the narrative, allowing for an insight into the ways in which these concepts may alienate individuals and render them incapable of conforming to the status quo. Ana is painfully aware of her disadvantaged position, ‘flailing / in [her] own shadow’ (15), yet desperately tries to create better circumstances for herself and Indie.

Set in inner-city Brisbane, the verse novel opens with Ana embroiled in a crime of desperation, making her getaway from the scene:

Jessen’s short and compressed free verse lines embrace the colloquial and allow for a representation of Ana’s troubled yet laconic interior monologue. The narrative is constructed through a series of poems, each focussing on Ana’s experiences as an outsider-turned-outlaw. All poems are titled by their opening line, which allows for a stream-of-consciousness effect as the reader swiftly follows Jessen’s terse lines down the page.

Jessen’s early emphasis on place allows the reader to understand the effect that our immediate surroundings may have on the formation of identity. In the poem ‘Back to my territory’ (6) Ana describes ‘the Gabba lights / illuminating the sky’ (6) and considers the ‘rotted sleepers / that would spilt / if you kicked hard enough’ (6). These lines allude to Ana’s fragile and unstable situation and the gradual deterioration of Ana’s hope ‘to hide / the evidence’ (23). However in Jessen’s narrative the concept of concealment is overpowered by romantic desire and Ana stumbles over that ‘fine line’ Chrissy Amphlett sang so powerfully about.

In Feminist Fiction (1990) Anne Cranny-Francis argues that by employing popular genre conventions, feminist writers are able to use their work as ‘an attempt to subvert the patriarchal discourse by challenging its control of one semiotic system, writing, and specifically genre writing’. Jessen is undoubtedly a feminist writer and, by devoting poems to Ana’s expression of lesbian sexuality, allows for a representation of female desire that has been oppressed by traditional and phallocentric crime genre conventions. Through chance, Ana encounters a past lover from high school and recalls how: ‘everyone talked / it wasn’t common then’ (35). As the narrative progresses, the reader learns of the significance of this relationship and the ‘unresolved business’ (38), the enduring desire boiling between Ana and her past lover.

Evocative of Dorothy Porter’s noir detective verse novel The Monkey’s Mask (1994), there’s no denying the aesthetic influence that Porter’s poetry has had over Jessen’s Gap. Indeed, Jessen has written about the transformative influence The Monkey’s Mask has had on her understanding of poetry and her own writing practice. In an article for the Readings bookshop blog Jessen states:

To say this book changed things for me as a writer would be selling it short. This was my first verse novel, and I was blown away at the way Porter used the form to convey voice, character and plot with stunning honesty, grit and beauty. Seeing what Porter did with the verse form inspired me to try my hand at it.

In following the tradition of Porter, Jessen’s Gap engages with and offers a disruption to traditional conventions of the crime genre in order to challenge dominant representations of gender and sexuality. Jessen offers a challenge to this genre metaphorically with her motif of the ‘gap’.

Paradoxically, ‘gaps’ strengthen the narrative of this verse novel, allowing for possible outcomes to become more potent and foreboding then any answerable question or concrete fact. During pivotal moment in the narrative, Ana asks herself: ‘would / silence / fill those gaps / where words / couldn’t?’ (205). In this instance, the concept of ‘silence’ signifies these unknown risks, a place where no words can reinforce limitations or boundaries.

Gap is unafraid and unapologetic. Jessen embraces what Porter has called ‘the language of the streets’ and it walks the walk.

This entry was posted in BOOK REVIEWS and tagged Autumn Royal, Rebecca Jessen. Bookmark the permalink.
Autumn Royal is a poet, researcher and teacher based in Narrm/Melbourne. Her current research examines elegiac expression in contemporary poetry. She is interviews editor for Cordite Poetry Review, editor of Liquid Architecture’s Disclaimer journal, and author of the poetry collection She Woke & Rose. Her second collection of poetry is forthcoming with Giramondo Publishing.