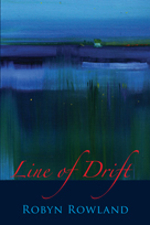 Labels are funny things. A lot of the time they can feel unnecessary – especially to an individual being labelled – but there are instances where such an exercise can prove useful. Writing about Ireland is a good example of this. On one level we must consider Ireland as one entity, but we must also acknowledge that modern Ireland is not made of one but two territories. This statement shouldn’t be interpreted as overly simplistic. The complexities surrounding the Republic of Ireland and Northern Ireland extend beyond politics and are deeply ingrained in the language and identity of people from both sides of the border.

Kate Newmann is an Ulster poet with ties to Belfast and Donegal. Her connection to the Republic has also been strengthened by the many years she served as publisher of the recently defunct Summer Palace Press. Grim is Newmann’s fourth volume of poetry. It is almost unheard of for an Irish poet to consciously write a collection without or with little reference to the island of Ireland. Grim, in spite of its repugnant subject matter, feels like a novelty because it is about the Holocaust. Apart from a minor note about her surname and potential familial Jewish links there is nothing immediately obvious as to why Newmann was compelled to write Grim. Not knowing anything more than this allows a reader to examine how the poems speak from the page.

A collection of mostly documentary poetry, Grim is often unflinching in its focus. It begins with the 16-poem suite, ‘Work Sets you Free’, which captures Newmann’s thoughts and observations whilst visiting Auschwitz. The work takes on the infamous Nazi slogan, ‘Arbeit macht frei’, which insinuated prisoners could attain liberty through labour, even though ‘the only way out, the guide says, / was as smoke up the chimney’ (‘Music’).

‘Work Sets you Free’ includes a cautionary note informing us that the length of time it takes to read these sixteen poems is approximately the same as it takes to die in a gas chamber. This sober caveat allows a reader to absorb and reflect within such poignancy. In the suite’s first poem, ‘Photographer’, Newmann explains:

In another poem, ‘Rooms of Aftermath’, Newmann observes ‘a pile of spectacle frames, / each memorising the curve of the ear’. She also writes of how a survivor’s adult body bears elongated numbers down the length of a thigh: ‘Her forearm wasn’t long enough. / The six digits wouldn’t fit. / Because she was tattooed as a baby’ (‘After Quarantine’).

Newmann deftly recreates the terrifying lunacy that is Nazism. With an historian’s eye for detail she uses source material and recent newspaper articles in order to flesh out the collaborators, instigators, offenders, resisters, victims and survivors. Her vision is especially keen in the poems relating to the extermination of the disabled (‘Useless Eaters’); the Asra Talking School for Dogs where human-canine telepathy sat alongside an Alsatian dog’s ‘fierce desire to please’ (‘Good Boy!’); camp brothels full of women sent there to die, ‘even / if they survived the forced sterilisation; / the forced abortions. / Without anaesthetic’ (‘Horizontal Collaborators’); as well as the poem, ‘We Will Not Be Silent’, where Newmann writes:

Unlike Kate Newmann, the Australian poet Robyn Rowland emphasises what is close to home – both in Ireland and Australia – in her ninth collection, Line of Drift. This collection is Rowland’s first full-length Irish publication although her association with Ireland has spanned the past three decades.

Rowland recently acquired dual citizenship and spends a good deal of her time each year in Galway (Connemara), which provides her with a robust blow-in status, that is, a person who has relocated and who has no roots in the vicinity. This term is not limited to a foreigner and can even be used to refer to a person who was born in the same county.

A small number of poems in Line of Drift hover around universal themes such as illness, death and grief, while the majority act as personal gifts to individuals. Such poems essentially act as celebration – of self and of the people who enter and sometimes leave Rowland’s life – and they provide different registers of engagement for a reader. In ‘Autumnal Drift’ Rowland writes: ‘I thought of us there, coffees too hot, / swilling it round our mouths laughing, / David spilling with ideas, edgy to get back to work. / Such a retirement!’

Another example of homage is taken from ‘Unbroken Stone in a Stubborn Sea – Epic of Inishbofin’, where Rowland writes:

Despite Rowland’s long association with Ireland, her book’s poems on this subject often translate as work by someone far less familiar with the island. Her predilection for mawkishness seems excessive for this reader. Again, from ‘Unbroken Stone in a Stubborn Sea – Epic of Inishbofin’, she writes: ‘Drowning, famine, cholera – TB, slavery and war – / the harsh life of the fisherman, the struggles of his wife – / comfort is built out of these on this island of the White Cow.’

The Plastic Paddy – or outdated and often trite images of Ireland and Irish culture – intonation is surprising for someone so actively engaged in the community. Ireland seems to remain an ‘other’ for Rowland, something that is keeping its heavy woollen shawls wrapped tightly around the body of Ériu. This style of writing is not flattering for the poet or to Ireland. Such a gripe is not limited to ‘Unbroken Stone in a Stubborn Sea – Epic of Inishbofin’ but extends to the poem, ‘The Long Walk: March 1849, Connacht, Ireland’, in which Rowland declares:

Rowland might like to consult Doireann Ní Ghríofa’s English language collection, Clasp (Dedalus Press) – and most notably the poem, ‘The Horse Under the Hearth’, which focuses on a key event in the life of Eibhlín Dubh Ní Chonaill’s after the death of her husband, Airt Uí Laoghaire – to see just how exciting a refashioning of Irish history can be in contemporary poetry. Yet despite my hesitations I can’t help but question whether or not it is possible that Rowland is writing in this manner to assert herself as the seasonal blow-in, and as someone who experiences Ireland and its heritage and culture as not the same as her own.

The editing of Line of Drift is a concern. To have the long and overly telling title, ‘The Long Walk: March 1849, Connacht, Ireland’, in an Irish publication seems unusual and perhaps more tailored to an overseas readership. This suspicion is reinstated by Rowland abbreviating New South Wales in other poems and mentioning ‘Torquay Victoria’ in another work. The significance of mentioning Victoria would not mean a lot to Irish readers who do not have a connection to this state. Conversely, the Monaghan estate, Annaghmakerrig, is incorrectly referred to as Annagh-ma-kerrig or Annagh-ma-Kerrig, which is not only wrong but peculiar. Rowland also inaccurately names Annaghmakerrig’s Tyrone Guthrie Centre in one poem.

Line of Drift is problematic on many levels. It feels more like an early manuscript by a less established poet than a completed book by a senior writer. It also does not know who its target audience is, and with over 100 pages of poetry Line of Drift is heavy-laden. It could have done with some slimming down and refining through a rigorous editing process.

Jessica Traynor’s debut collection, Liffey Swim, also mines history and the personal, as well as myth, otherworldliness, literature and travel. Traynor has structured this attractive collection to allow the three rivers of Dublin – the Dodder, Liffey and Tolka – to flow throughout its pages. In the title poem Traynor writes eloquently of ‘the Liffey’s stout-bottle waters’ and of how ‘a man rises, seal-like in his caul of silt, to wave’ (‘Liffey Swim’), while the Dodder is graced by blackbird – ‘the world has broken into song’ (‘Dodder Blackbird’) – and the Tolka accommodates egrets – ‘a bird that looks through me, / seeking only shadows’ (‘Egrets in the Tolka’).

Liffey Swim was published last year when the poet was thirty years old. A reader easily senses the time it has taken Traynor to write this collection into being. Her young voice at the beginning of the book grows stronger and more mature by its end. Collection highlights include the poems, ‘The Dead’ (‘When we went to her the dead were in her house, / clamouring for space in the cramped kitchen’), ‘Mitochondrial’, ‘Fire God’, and ‘An Education in Silence’ that takes the Stanhope Street Magdalene Laundry as its focus (‘This morning light spilled into the courtyard / as if God had opened a window’).