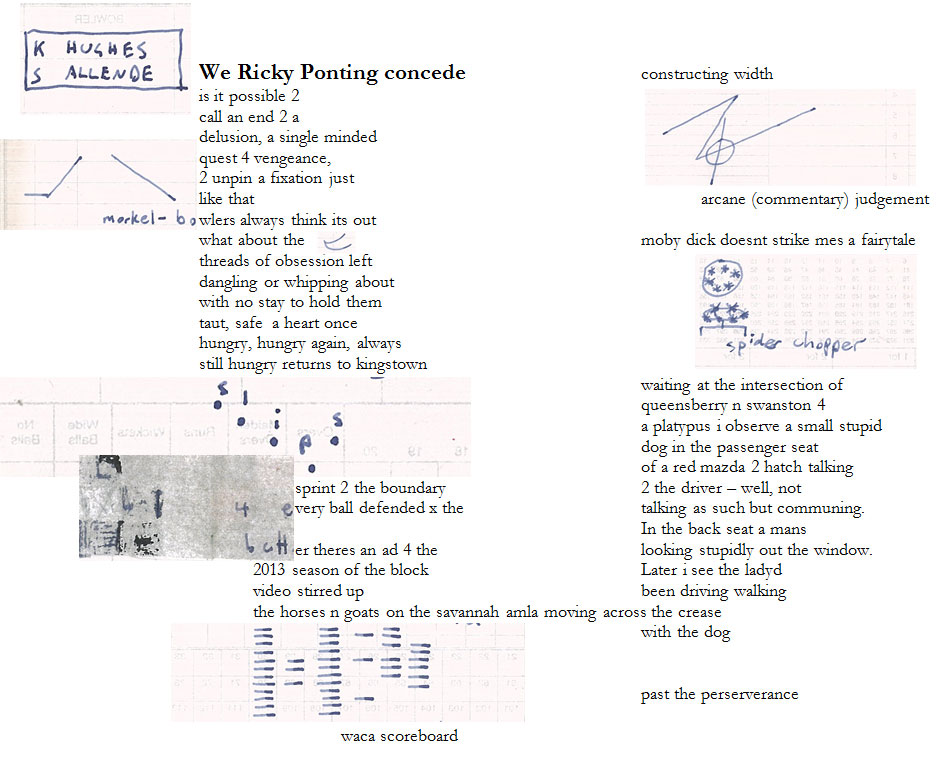 Pages: 1 2
This entry was posted in 55: RATBAGGERY and tagged nick whittock. Bookmark the permalink.

Nick Whittock’s 2nd book hows its (inken publisch) will be ready for the summer. In 2012 he had a chapbook published in the Vagabond Rare Objects series. It has a picture of a cricket bat on the front cover. His first book's cover was a reproduction of a photograph of cricketers lying on the ground.

View all posts by Nick Whittock on Cordite →