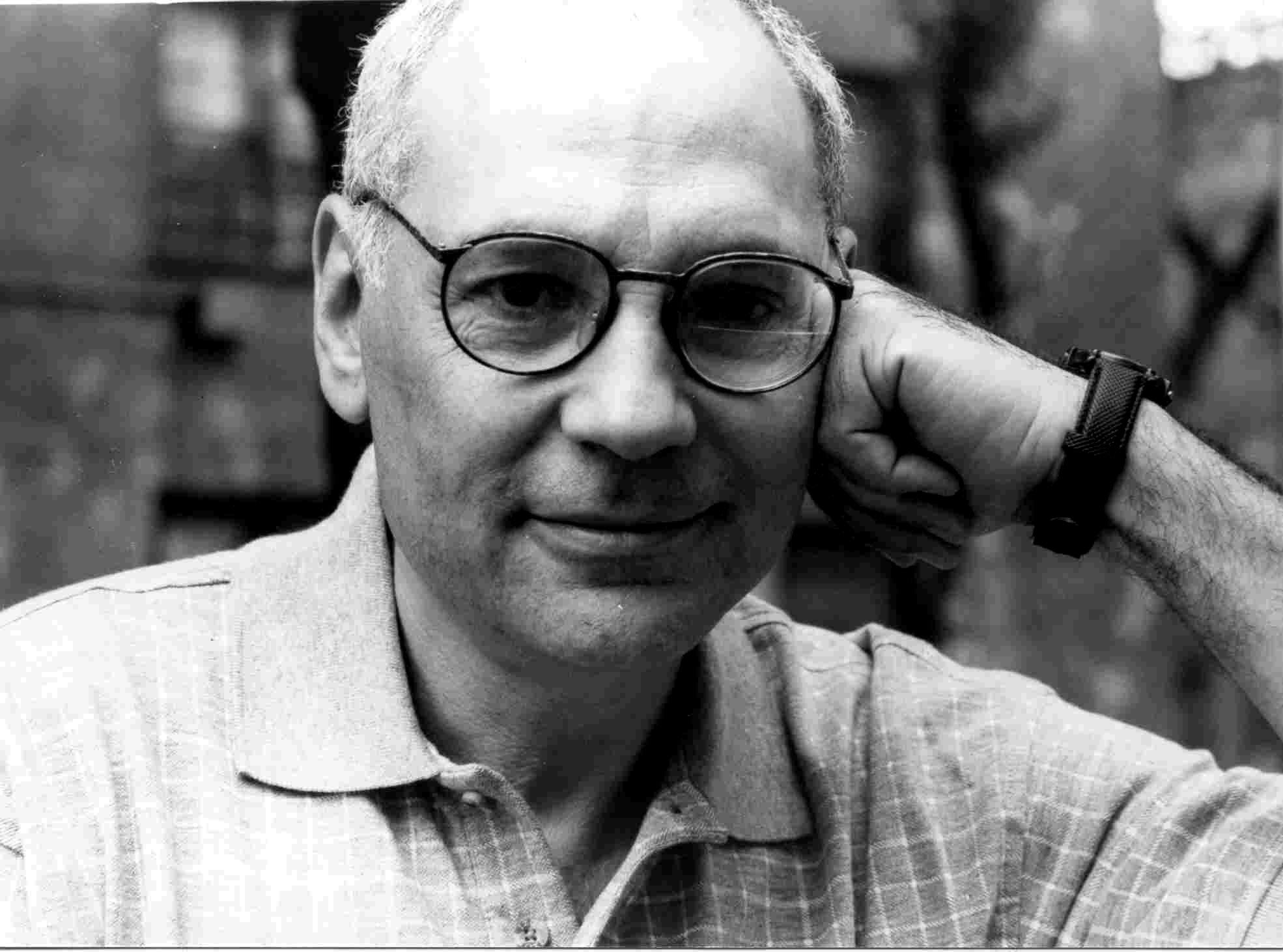 Forthcoming in The reasons of the voice: interviews by Enzo Minarelli with the protagonists of sound, oral experiments in the XX Century, edited by Frederico Fernandes. EDUEL Publisher Londrina University, Brazil 2014

This interview is dedicated to Nicholas Zurbrugg (1947-2001), who brought Enzo Minarelli and I together at a conference at De Montfort University just before Nick’s sudden death. Nick taught at Griffith University, in Brisbane, Australia for 17 years, starting in 1995, before moving back to England. From early in his career, founding the little magazine Stereo Headphones, to his later work on new media, Nick was a champion of innovation in the arts and of the arts of poetry (text, sound, performance, recording), including the work of Minarelli. See this short piece by Nick on Enzo. – CB

Enzo Minarelli: In your essay ‘Hearing Voices’, ‘(collected in Attack of the Difficult Poems: Essays and Inventions), excellent title indeed, and in another essay ‘Close Listening: Poetry and the Performed Word’ in the anthology you edited of that same name, your reference to ‘orality’ doesn’t involve a distinction from ‘vocality.’ To me, such a distinction (suggested by the scholar Paul Zumthor) is fundamental to understanding those poets who still use the integrity of the word (orality) – Heidsieck, Amirkhanian, The Four Horsemen or John Giorno – from those who reduce word to simple phoneme or phonetic noise (Cobbing, Chopin or the French Lettrists). What is your opinion about this? Can you relate to that at all, perhaps to your own concept of orality?

Charles Bernstein: You are right to note my aversion of ‘orality’ in favour of ‘aurality,’ but this is not the same as, though it is related to, ‘vocality.’ The term I invent in ‘Close Listening’ is a/orality, as a means to avert some of the assumptions that are present when we think about ‘orality’ and ‘vocality.’ A/orality suggestion out from, not orality, and also syncretic notion of aural (by ear) and oral (by mouth). I rarely use the term ‘orality,’ which for me carries the baggage of presence, authenticity, the voice, and depth. It’s not that I am underlining secondary orality, in Ong’s sense, but rather, tertiary aurality. I want to keep the aura in aurality. I want to frame the listening and the heard, irrespective of the origin (that is, site of production).

Sound is greatly underestimated in much post-Saussurian logic: I am a sound-oriented poet. I think in and through sound (in the sense of intonation, accent, timbre, rhythm, and gesture). But I mix, shake and bake, unmaster and remaster, the iconic sounds of the vocal or the heard. Not voice but voices, not vocalities but voiced sonic spectrums. Not the body of the speaker but the body of the poem. This is what I call the present of the word: not its presence over and against its absence/postponement but the gift of the word. In Attack of the Difficult Poems, in ‘The Art of Immemorability,’ I discuss the ‘oral’ language technology of analphabetic cultures (following Havelock and Nagy). But for the contemporary period, after grammaphony, I am trying to avoid prioritising one technology over another: I conceptualise language technologies as overlaid and interwoven. And I see both ‘oral’ and ‘vocal,’ as poetic practices, as being post-textual not pre-textual. In this sense, I focus on mouvance, variation, vocalisation, versions, manipulation, deformation, and improvisation in poetry writing practices.

EM: I agree with you when you are emphasising the memorisation of the text to be performed, if we are talking of a spectacular event, the poet-performer must be like an actor, in direct touch with the audience, as the Italian Futurists were suggesting since the beginning of the past century. What do you think of this relationship, I mean poet-performer/actor? Can a poet be the actor of himself?

CB: Memorisation is a post-script development: you can’t memorise a poem in a culture without writing. In contrast, David Antin’s talk poems are improvised. The point I made about actors reading poems has to do with Method acting, where the actor takes on a personality that is separate from the poem and projects it into the text. So my criticism has to do with a style of acting applied to reciting poems, which usually seems hokey by turning the poem into a monologue. (I love Marlon Brando in Streetcar Named Desire! But Tennessee Williams was able to use Method actors for his own queerly baroque ends.) I agree that we are always acting, in our everyday lives, as well as when reading poems. But the voicing I am interested in for a poetry reading is what comes from the text not a character that comes into being by means of the script. Still there is no escape from the characters that we are. Poems are for me more rhetorical than vehicles for the psychological projection of a personality. When I say that, I worry it sounds like Eliot’s ‘erasure of personality’ and that is not what I mean at all! Personality, personalities, will emerge, but they are not assumed. I did perform ‘The Futurist Manifesto’ at the Museum of Modern Art in New York.

CB: My few works that would be categorised as ‘sound poems’ in the narrow sense of that term (I rarely hear the term ‘text-sound composition’) are very much written and highly textual, made up of invented words, following Khlebnikov, Kruchenykh and Schwitters. I agree – if I get your drift?! – that improvisation in this area is likely to create works that are overly primitivistic/shamanistic, as we saw in the 1960s and 1970s. But it wouldn’t have to be. I am interested in complex musical composition by composers: it would be hard to match that by vocal improvisation. Still, musical improvisation in jazz is as complex as can be but as you say music is a different issue. I don’t know if Cecil Taylor’s sound poems are scripted or improvised. Of course, the greatest example of improvisation of sound poetry is scat singing. It doesn’t get better than that. At the same time, I am interested in improvisation in/as writing: not that you never revise, but that you go where the thought stream takes you. I also think of [David] Antin, who has brought the improvised talk into an almost unimaginably articulated form.

EM: Now, let’s take the question from an opposite side: What shall we understand by ‘a spoken word poet’? Simply a poet who is reading? Or something more?

CB: That’s become a term of art for a style of poetry performance, but the word ‘poet’ is usually dropped. It seems as if poetry would be a drag to bring into what is also called performance poetry. There is a desire to contextualise this work more within popular culture, hip hop and rap. Taken literarily, you could say ‘spoken word’ or ‘performance’ is the same as what is otherwise called a poetry reading. But terms are never literal.

‘Spoken word’: this has become a distinct approach to poetry, perhaps even a genre with distinct subculture – and indeed often features poems recited from memory, more than reading scripts. Perhaps the greatest practitioner of my generation recently died: Gil Scott-Heron. I love his work.

Pages: 1 2 3
This entry was posted in INTERVIEWS and tagged Charles Bernstein, Enzo Minarelli. Bookmark the permalink.
Born in 1951, Enzo Minarelli has been involved in relationships with sound, writing and video since the early Seventies. He has published many books of poetry, among them: Poesie Doccaso (Reggio Emilia,1993), El Poemméxico (Mexico City 1988), Multipoesie Melogrammatiche (Mulino di Bazzano 1981), as well as essays about the history of sound poetry in the twentieth century, such as Vocalità & Poesia (Elytra 1995), and La Voce della Poesia - Vocoralità del Novecento (Campanotto 2008). In 1983 he founded 3ViTre PAIR Editions of Polypoetry, a magazine on record format. He published a Manifesto of Polypoetry in 1987, an attempt to theorize the live show of sound poetry, and performed many one-man shows of his "poetry of the image" both in Italy and abroad. Also a videopoet, he has produced with the Centro Video Arte di Ferrara many videopomes since 1982, among them the videosoundpoetry installations ‘The Flag’ (1989) and ‘The Shop’ (1991).

Charles Bernstein is author of Recalculating (University of Chicago Press, 2013), Attack of the Difficult Poems: Essays and Inventions (Chicago, 2011), and All the Whiskey in Heaven: Selected Poems (Farrar, Straus and Giroux, 2010). He is Donald T. Regan Professor of English and Comparative Literature at the University of Pennsylvania, where he is co-director of PennSound. More info at Electronic Poetry Center.