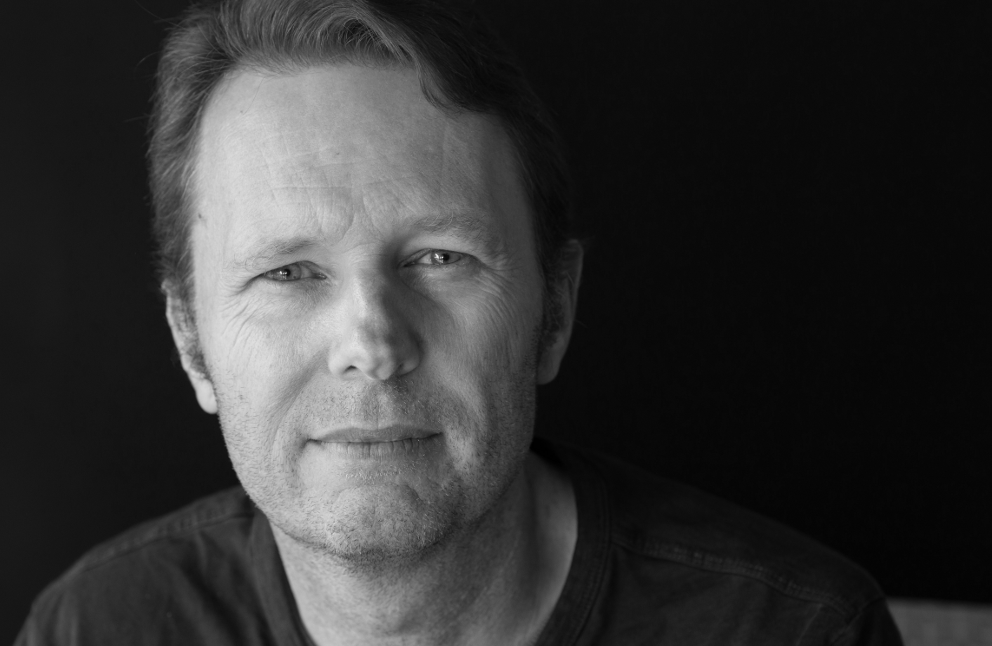 David McCooey is a prize-winning poet and critic. His latest book of poems, Star Struck, was published by UWA Publishing in October 2016. His previous collection of poems, Outside (2011), was shortlisted for the Queensland Literary Awards, and was a finalist for the 2012 Melbourne Prize for Literature’s ‘Best Writing Award’. His first collection, Blister Pack (2005) won the Mary Gilmore Award and was shortlisted for four major national literary awards. McCooey is the deputy general editor of the prize-winning Macquarie PEN Anthology of Australian Literature (2009). His poems, essays and reviews have appeared in numerous books, journals, and newspapers. His album of ‘poetry soundtracks’, Outside Broadcast, was released in 2013 as a digital download. He is a professor of writing and literature at Deakin University in Geelong, where he lives.

I first became interested in David McCooey’s work while studying an Honours unit at the University of Western Australia, where for an assessment I responded to his essay on Chris Wallace-Crabbe’s poetry, only to learn that he too had taken the same unit some years before. David and I caught up on the UWA grounds, assailed by the mockery of kookaburras and occasional bursts of sunlight (literally star struck), to chat about the process of drafting his latest collection.

Amy Hilhorst: Star Struck includes several poems about your health, which you’ve identified as autobiographical. Autobiography in literature is something you have written extensively on, such as in your book Artful Histories. What do you see as the place of autobiography in poetry, particularly in your own lyric mode?

David McCooey: That’s a really good question. It’s funny that you should mention Artful Histories, because that was based on my PhD thesis, which I did at Sydney University in the early 90s. I wasn’t really engaging consciously in autobiography theory or anything like that when I was writing these poems. It’s true that, like most poetry in the last fifty years, a good deal of my lyric poetry is putatively autobiographical one way or another. Having said that, when I wrote ‘Documents’, the sequence of poems about when I had a heart attack and had to have double bypass surgery, I was trying quite consciously to not really make it all that much about me. I didn’t want it to be a great outpouring of affect about whatever situation I had found myself in at that point in my life. All the poems are written in the second person, so there is this ‘you’ character throughout who is, I suppose, me, but that second person point of view is also used as a distancing technique. So I was writing about that experience not so much as an autobiographical event, but as something that gave me stories and insights and images that I wouldn’t have otherwise had. So there’s little quirky things about being in hospitals, like one of the nurses showing me his hunting photos on his mobile phone: pictures of a dead animal on a bonnet, and all this sort of stuff. So those sorts of things in hospital were material for a writer. If I’d written truly autobiographically about that time, I would’ve said a great deal more about the nursing staff, and how I could kind of weep with gratitude really; I mean they really turned my life around, and the care I got was – for the most part – extraordinary.

The poems in ‘Documents’ deal with a few moments out of an experience that lasted for months. There’s plenty of stuff that doesn’t get talked about at all. From that point of view, it might be autobiographical, but it’s not autobiography or confession. There is a degree to which using those experience for poetic material could be thought of as ‘therapeutic’. D W Winnicott’s Playing and Reality, for instance, talks about play and creativity as a way of having some purchase on the world, of making it manageable. There is a degree of that in ‘Documents’, but that’s not to say that I have therefore ‘dealt with’ those experiences once and for all. Play, as Winnicott points out, is transitional, not definitional.

AH: Did you have your pen and paper with you at the time?

DM: I feel somewhat abashed as a writer to say that no I actually didn’t, for the most part. I took a few notes on my phone now and then. When I was living it, I actually wasn’t thinking ‘hey this is great material and you can write about this in six to twelve months’; quite the reverse actually. At the time I was for the most part, thinking ‘no I’m not going to write about this,’ but it seemed to demand writing after I got well. I did write down a few little things, like the person whose phone ring tone was cathedral bells and I’d mistaken it for real cathedral bells because it was a Sunday morning and there is a cathedral not very far from the hospital we were in. Little quirky moments like that. There was some terrific material, like Beckettian conversations between patients and their families, that I now wish I’d written down. Obviously, there are memories as well – you don’t have to write everything down.

AH: You write beautifully of light, particularly in the second section, in a variety of capacities, evoking both the quotidian image of ‘fridge glow’ to the more sublime image of ‘photographic dusk’, for instance. Another motif is light caught in photography, such as in the ‘Whaling Station’ poem. I’m interested in what intrigues you, in your poetic mode, about shades of light and dark?

DM: Well, the whole book’s really about light and dark, and its relationship, which is partly why I called it Star Struck. There are various things happening with that title because ‘Star Struck’ also chimes with the famous musicians in the third section, the ‘Pastorals’ section. So there’s that more everyday sense of ‘star struck’. But I like the sense that we are also always star struck ourselves, literally; we’re benefactors of sunlight and starlight. So yes, light is important, but so too is the interplay between light and dark. And even though the book is broken into four sections, certain motifs as you’ve indicated, go throughout the whole thing: sunrise and sunset in particular. It starts and ends with night or dusk, and I’m interested in those in-between, liminal times as well.

Getting back to the photography thing, though, there’s a more banal autobiographical explanation there. When I was unwell, I was on leave for a long time, not doing much. So I ended up getting into photography, which is something I’d wanted to do for years but not been able to. So I bought myself a camera – and I hope my boss doesn’t think I was sitting at home having a great time – but I did teach myself various things about photography and got into photographic software and so forth. That inevitably had an effect on some of the thematics of the book. There’s a poem called ‘Early photographs’, which came from obsessively taking books out of the library – my poor wife Maria Takolander, who works with me at Deakin University, was lugging home these massive photography books from the university library every week – and I was really taken with the strange and evocative names that had been given to early photographs, and that was a kind of found poem, really. It was just putting together titles of early photographs. There’s another poem that is partly a response to a photo book called Summer Nights, Walking, by the American photographer Robert Adams. So yes, photography, and the interplay of light and dark more generally, are central to Star Struck. And the last section is made up of two verse short stories; I called them ‘Nocturnal Tales’ because night was present there as well.


More by Amy Lin on Cordite Poetry Review →
David McCooey is a prize-winning poet and critic. His latest collection of poems is Star Struck (2016). His previous collection, Outside (2011), was shortlisted for the Queensland Literary Awards, and was a finalist for the 2012 Melbourne Prize for Literature’s ‘Best Writing Award’. His first collection, Blister Pack (2005), won the Mary Gilmore Award and was shortlisted for four major national literary awards. McCooey is the deputy general editor of the prize-winning Macquarie PEN Anthology of Australian Literature (2009). He is also a composer and sound artist. His second album, The Double, was released in 2017 as a digital download. He is a professor of literature and writing at Deakin University in Geelong, Victoria, where he lives.

One Response to Playing with Light and Dark: Amy Hilhorst Interviews David McCooey