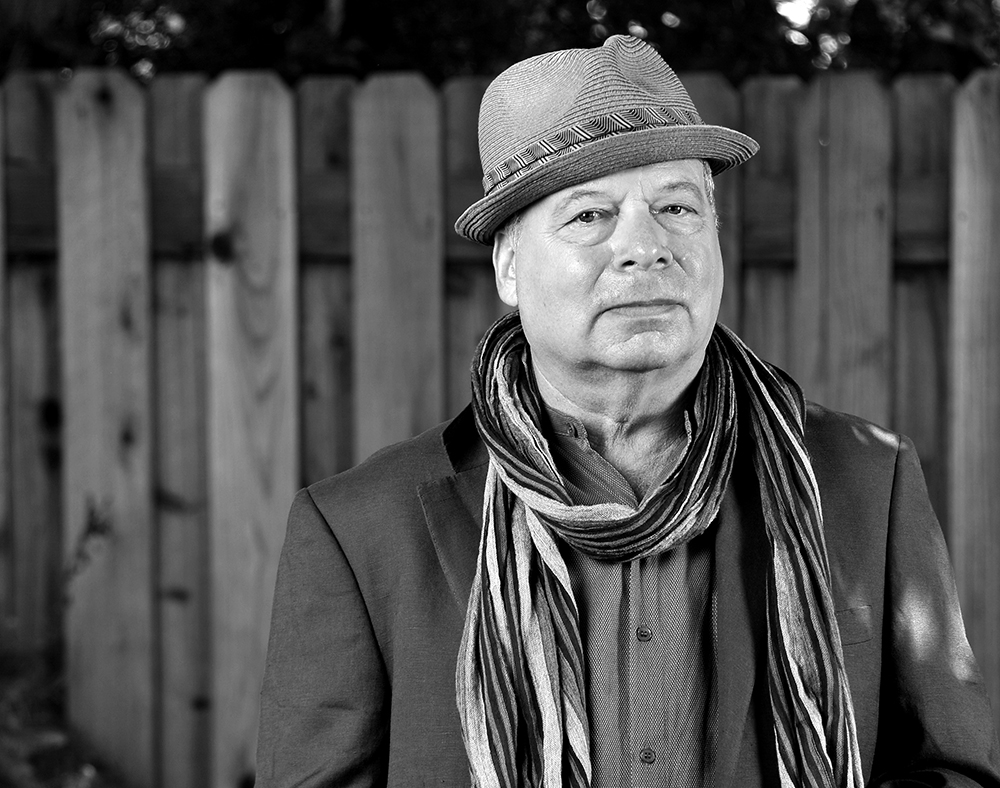 August Kleinzahler’s latest book is Music I-LXXIV, and it’s his first book of music criticism. For his collections of poetry, he’s wracked up quite a trove of honours, including the National Book Critics Circle Award in 2008. Though he’s lived in San Francisco for decades, his poems wander the world, his forms and language ranging from mood to mood, his lines sinewy and learned and sonorous. One day in early July, I took the N-Judah over from the Sunset, where I live, to meet him at Finnegans Wake, a bar he likes not far from his apartment. We drank beer and recorded a conversation.

Jesse Nathan: In Music I-LXXIV, you have an essay about amassing an amazing music collection over the years, and then having to sell it, bit by painful bit, when you were in a pinch financially. Thinking about this idea of deprivation – learning to live without, or with less and less – had me wondering what this might mean to you as a person, as a poet. Is it generative for an artist to have to cut back in one way or another, or is it nothing more than hard necessity?

August Kleinzahler: I think it is generative. I wrote an essay recently about selling my parents’ house in New Jersey. They left it very full, and at the very end, the last night I spent there, there was nothing. There was an air mattress and a clock. I live in a great clutter of books and CDs, which I like, but it felt somehow purifying to be in a completely empty room. It was the floor of my parents’ bedroom, where I was conceived, and it was sort of exhilarating – it was like being in a monk’s cell or something like that. But for most of my adult life, I’ve lived in quite straitened circumstances. I never had much, I’ve always had books, always spent all my money on books, but there wasn’t much around the apartment. And then slowly I accumulated this and that, but not much. Now, I’m a couple wives later and there’s a lot of stuff in there, but it was fairly Spartan until recently.

AK: Not when I’m writing, never. I have to listen to the music going on in my own head. I tend to listen to classical music in the early morning, jazz and the rest late in the day or evening. There are patches, days, weeks, when I can’t listen to music of any kind; likewise, days, weeks, months when I saturate myself with it, often in pursuit of a certain timbre.

JN: What about Béla Bartók’s music makes it a touchstone for you?

AK: I love Bartók’s music, primarily his music for solo piano and the later string quartets, but much of his violin repertory, as well, and a couple of the concerti. I enjoy its percussive aspect, in the same way I enjoy that quality in Thelonious Monk, and the shifting registers. The mix of attack and lyricism.

JN: Are you drawn to any of the older, inherited forms of literature – roundels, sestinas, sonnets, ghazals, epigrams, odes. I mean, do you fancy the ballad, say, as a form taken loosely or otherwise?

AK: Yes, all, but they don’t seem very well-suited to the moment, the busyness of contemporary life. Baudelaire’s quite eloquent on the subject in his letter to Arsène Houssaye in explaining his move to the prose poem. ‘Modern life’, i.e. urban life, demanded a new, more flexible form. But I think the traditional sonnet, Petrarchan or Elizabethan, can provide a launch pad for interesting variations on the form, such as Berryman’s Dream Song.

JN: In one of your epistle poems, you speak of ‘enforced idleness’. What does that mean?

AK: It’s important to make sure nothing’s encroaching on the empty space around you. I think that people almost reflexively try to fill up that space, and let themselves be distracted. Particularly now, in the gizmo age, there are endless distractions. There were always endless distractions, but that’s only gotten exponentially worse. Nothing can happen unless one has great drafts of empty time, I find. I don’t need to be in a cabin twenty miles in the woods, or at an art colony. In fact, I don’t like that sort of thing. But I need to have a lot of empty space.

JN: ‘Enforced idleness’ sounds vaguely sinful. How do you enforce it? Do you schedule blank time?

AK: I cultivate it. I try to keep nothing on my plate between getting up around 5.30 and going to the gym about 11.30. Every so often my wife will say, ‘What are you doing today?’ and I say, ‘I’m doing it. I’m busy.’ And of course I don’t look busy, I’m staring into space, but I am busy. And the odds are, ninety-five times out of a hundred, nothing is going to happen, but it’s that five per cent in which everything happens, which is hard to explain to a wife sometimes.

JN: You write a lot from dreams.

AK: That’s a recent development, although they’ve always interested me. Not the psychic bilge, which is ninety-nine per cent of dreams. But there are significant dreams one wakes from, and you know something happened, you know there’s been a psychic shift and you don’t quite know what it is, but something’s changed. I’ve become better at accessing these dreams, if they’re early-morning dreams. I’ve trained myself. There is tremendous psychic energy in there, if you can harness it. The surrealists understood this, obviously, if in a too often doctrinaire way. I’m also very interested in the hypnogogic state, as one drifts off to sleep, or as one drifts from sleep to waking. Beethoven, scientists, all kinds of people discover treasures in that state of mind.

JN: What is it about a hypnogogic moment that’s propitious?

AK: I think the blinkering element of consciousness recedes, is tamped down a fair bit, and the mind is able to dip into, and partake of, a more oceanic consciousness.

JN: Do you like all this fog we’ve been having?

AK: I do. A friend is visiting from Texas and she’s suffering Seasonal Affective Disorder, like you get in Fairbanks, Alaska in late February. This has been a particularly fog-bound week. I live on a hill, and you can see it coming in across Twin Peaks. It’s dynamic. Kinetic. Lovely. I’ve been watching it for thirty-five summers now. Not long after I got here I worked downtown in the summer, teaching English as a second language, and I remember on the way to work I’d see all these tourists lined up at Macy’s in their Bermuda shorts trembling and waiting to buy cardigans and fleece jackets.

JN: Did you set out, when you were young, to be a poet, or did you sort of trip into it?

AK: I remember the moment vividly. It was in eleventh grade. I was a terrible student generally, I did alright in English, but that’s about it. It was a March day, I was sitting out on the grass, and I had Keats in my head, I think, and I wrote a poem called ‘Spring Grass’. It was creakily iambic and with a few clumsy rhymes, but I was transported. I was a very unhappy adolescent, very intense, very unhappy – but at that moment time disappeared, an hour was like two minutes. I was intoxicated with the language, manipulating it to convey emotion and imagery and so forth, it was thrilling. And I never stopped. I thought I had achieved something marvellous. I hadn’t, but it felt almost godlike, and because I didn’t have to show it to anybody or have it critiqued – which is a problem, I find, in the institutional realms of creative writing – it could be as awful or as wild or abandoned as you want. At some point you have to share it and learn how to be self-critical. But certainly at that point it’s much more important to allow the inchoate, molten aspect of it to come out. It was a force, and it is a force, that’s why they have a god assigned to it.

JN: What would you say to your writer self of, say, twenty years old, if you could?

AK: Quit getting your nose out of joint and just calm down. And you might, young sir, try to be a little bit better behaved and more focused.

Pages: 1 2 3 4 5
This entry was posted in INTERVIEWS and tagged August Kleinzahler, Béla Bartók, Jesse Nathan, Larry Joseph, Thom Gunn, William Carlos Williams. Bookmark the permalink.
Jesse Nathan’s poems have appeared in American Poetry Review, The Nation, jubilat, Volt and elsewhere. Cloud 9 is his recent chapbook, published by Dikembe. He studies literature at Stanford University (working on a PhD) and he’s a founding editor of the McSweeney’s Poetry Series. He lives in San Francisco.