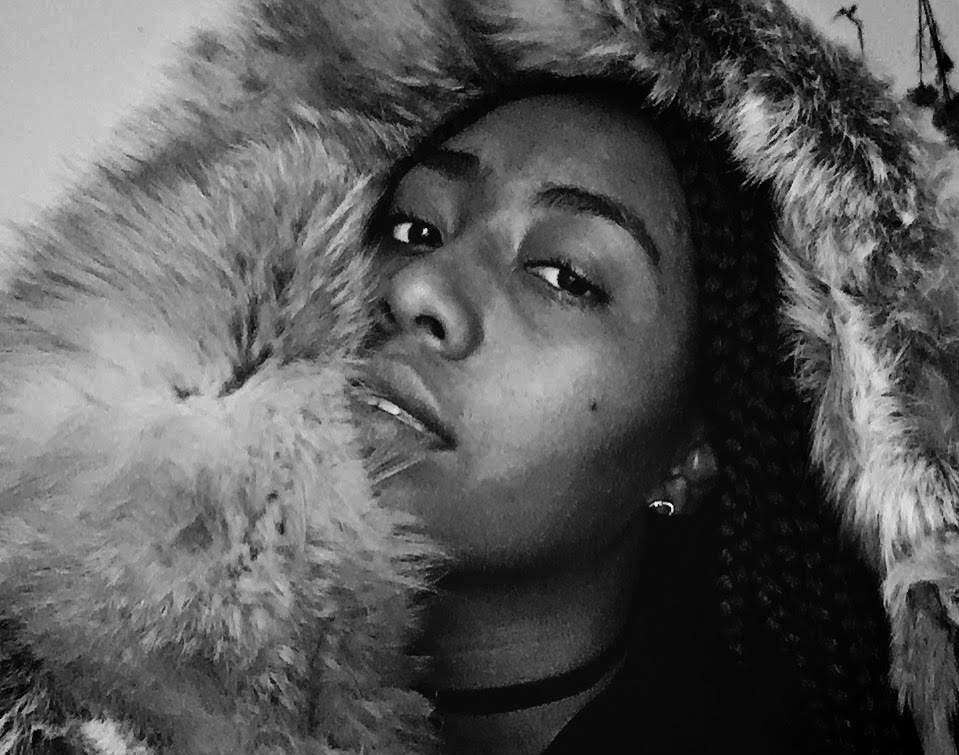 Jasmine Gibson is a Philly jawn now living in Brooklyn and a soon to be psychotherapist for all your gooey psychotic episodes that match the bipolar flows of capital. She spends her time thinking about sexy things like psychosis, desire and freedom.

I met Jasmine in New York earlier this year where she spoke as part of a panel with Commune Editions editors Juliana Spahr, Joshua Clover and Jasper Bernes, about activism and poetry. Her chapbook Drapetomania (Commune Editions) had me in its grip and I wanted to find out more from Jasmine about the themes in her poetry and work as an activist, and the way those two aspects of her practice reproduce each other.

Elena Gomez: Your writing seems to gesture towards a community – a very specific radical anti-state and anti-racist community. How do you think you have or might develop as a poet, and does this community you write through and from have much to do with it, or is it the other way around where you find people through each other’s work?

Jasmine Gibson: Yes, I came out of a political community, from the left, like left communists, anarchists and everyone else that didn’t have a name for what they called themselves. I feel I’m still mostly in that community. Most of my friends and people I consider my contemporaries, that I speak to frequently, come out of a left tradition, which means anti-state, anti-capitalist, anti-racist feminist materialists. It’s actually very funny because many of my earlier experiences in left groupings were horrid. I think that’s why I am so outspoken or talk about ‘heavy’ things so casually because I spent ages 18–19 yelling at men and women decades older than me to listen to what I had to say and that what I had to say was valid. My youth was totally either sacrificed, in a positive way, or stolen, in a negative way, from being in those spaces. There was little to no affirmation I got in the spaces, especially being black, a woman, queer and just not really giving a fuck, and not caring if that hurt or made people uncomfortable. I was smart and I knew it and I was so proud of that. I was probably wrong with different things, but eh, when do you work with young people and they’re not wrong. That’s just people in general. If I was a white man, people would’ve applauded me. But, I’ve grown up out of that and have found and held onto people that genuinely cared for me as a comrade and person. So, my experience in the basis of my past, is why I write. Before I wrote poetry, I wrote political essays and literally got no affirmation from my peers on it. But now, with poetry, a lot of people affirm my work, and that is a first, and it’s very scary in ways. If you are used to fighting all the time, it’s kind of strange when people are being kind to your most vulnerable self: my poetry.

EG: Do you find something unique about the relationship between poetry and activism as opposed to other forms like fiction or memoir/non-fiction?

JG: I’m always genuinely surprised when I meet poets or writers that aren’t anti-capitalist or political or are pro-brown or pro-black without any materialist analysis or who love the cops. I don’t have anything to talk about with those writers. Those things are closed questions for me. Before writing poetry, I wrote for collectives I was a part of and the one I’m proudest of writing for was the LIES journal.

EG: Do you think poetry has urgency when it comes out of a political moment that is unique? Or is there something else going on? Do you draw battle lines in the wider poetry scene and, if so, where? (not among people per se but possibly across trends, common occurrences, styles, etc.)

JG: I generally don’t give my energy to those situations. Around certain things, I just feel like they deserve a good ‘fuck you’ and you keep it moving. Some people are lame, some people deserve to be laughed at for their stupid, boring art. There are so many things I read by some poets or writers (especially white writers) and I just make a sound and say, ‘Mmmm, now you know that’s just some bullshit’.

EG: Can we talk about Silvia Federici’s marxist-feminist text Caliban and the Witch? I feel like that book helped me so much think about the world in a deeper and different way. Tell me about the first time you encountered it, and its impact on you?

JG: I was 18 when I first read Caliban and The Witch and I had this really visceral reaction. I actually saw her talk about it at the Wooden Shoe in Philadelphia. I thought it was bullshit. But, then I thought about it and read other stuff and I was, like, ‘Whoa, this is great!’ I read it outside of a group setting, so it took me time to make sense of it. I think that book is what solidified me becoming a materialist feminist. It still haunts my poems and writing. My piece from LIES volume II starts out with:

Pages: 1 2
This entry was posted in INTERVIEWS and tagged Elena Gomez, Jasmine Gibson. Bookmark the permalink.
Elena Gomez is a poet and book editor living in Melbourne. She is the author of Body of Work (Cordite, 2018), Admit the Joyous Passion of Revolt (2020) and several chapbooks and pamphlets. She is currently reviews editor for Cordite and a PhD candidate at the University of Melbourne.