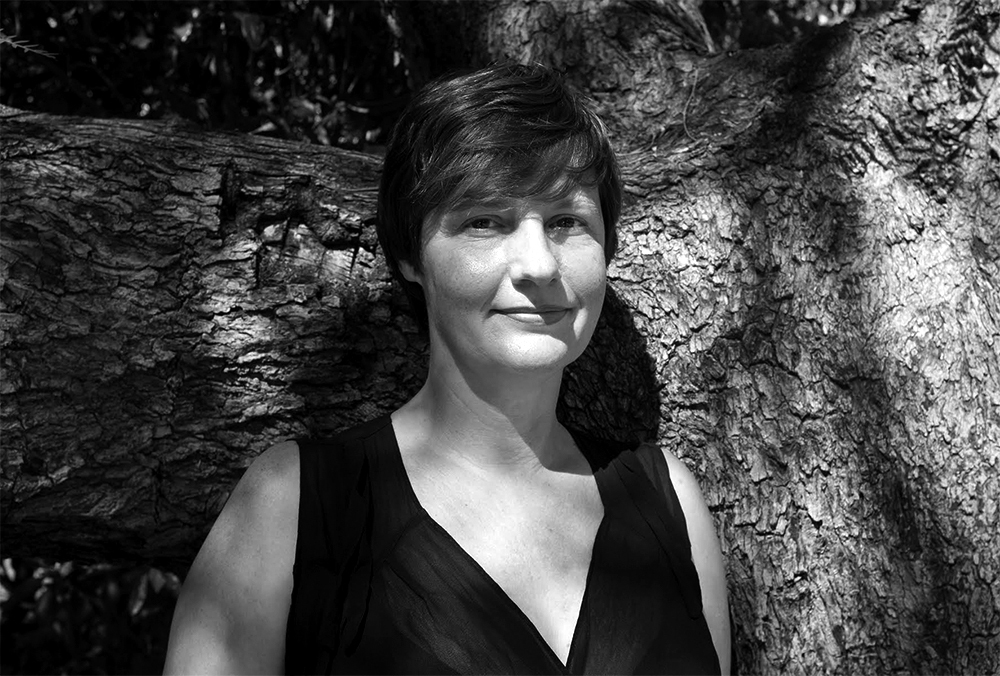 Fiona Hile is an award-winning contemporary, Australian, poet. Her first chapbook of poetry, The Family Idiot (2012), was published by Vagabond Press. Her full-length book of poetry, Novelties (2013), was published by Hunter Publishers and won the 2014 Kenneth Slessor Prize for poetry. More recently, her book Subtraction (2017), also by Hunter Publishers, won the 2017 Helen Bell Poetry Award. Hile was also runner-up for the Overland Judith Wright Poetry Prize for New and Emerging Poets.

To read Hile’s poetry is to encounter what it means to be a desiring subject in a contemporary world. Her use of vernacular recalls and transforms the details of everyday life, while gesturing toward the grand themes of a European philosophical tradition, including the problems of love, of being a woman – in the broadest sense – that of desire, the dialectic, the universal, and the particular. Her poetry is as disarming as it is humorous and inventive, reminding us of the movements and counter movements that define the twin-experiences of pleasure and loss. This interview was conducted in 2015, with these themes in mind. It is part of a larger project led by Justin Clemens, titled, Australian Poetry Today.

Sandra D’Urso: Do you think about objects in your poetry?

Fiona Hile: No, I kind of hate objects, in a way. I mean I love how people relate to objects rather than objects themselves. I don’t hate objects; that’s too harsh.

SD: Yeah, but there’s a discourse around objects that can be dissatisfying, or annoying?

FH: Yeah, it is a bit depressing, even though it’s so important and endemic. I feel like I’m lying now even as I’m saying this, but …

SD: Is it a bit like truths need to be told because there’s a recording device?

FH: Probably I feel more like lies need to be told. I’m reading Kant on phenomenology, about the apprehension of the object and I know how important that is but I find that it ruins something for me if I find out too much. But then finding out about it and not understanding it is good as well, so I guess they all go together. I’ve just been trying to fix up one of my thesis chapters; it’s about the dialectic, and I feel like all I’m doing is proving the dialectic by what I’m saying: Why am I trying to reincorporate what I don’t like about it?

SD: Yeah, so by trying to disengage from it you end up reproducing the very thing …

FH: Yeah, like my mistake is incorporated as a pathway rather than what could be reconfigured.

FH: Well, the other day I just said to someone, ‘Oh, it’s about feminism and philosophy,’ and they seemed quite happy with that. And I guess it is about that. I mean, I hate to make things about the one thing, but my supervisor said about three years ago, ‘Well, why don’t you just make it all about love?’ And I kept going for three years resisting that idea and thinking, ‘No, that would be too helpful’, but then recently I rewrote the introduction and made it all about that, and it just works a lot better because feminism and philosophy, that’s where they meet, I guess.

SD: Yeah, they intersect at the point of love?

FH: Yeah, well maybe that’s what they’re fighting over. I mean feminism is philosophy, I guess, so … it’s more like, because it’s a creative writing thesis and it’s about novels …

FH: Houellebecq’s Atomised and Coetzee’s Elizabeth Costello. Anyway, I get a lot out of all of that stuff, all of my misunderstandings and frustrations get worked out through poems.

SD: So, the frustrations of working with the philosophy and the theory feed into your poetry …?

FH: Yeah, not being able to understand it and seeing myself in it too much. I put myself into my philosophy reading as a little case study, so that’s how I understand the ideas, is through my feelings, which is why it’s so laborious. You know, especially when everyone else focuses on the words and the ideas; but I end up getting a lot out of it for the poems for those reasons; that’s just how I think through things.

SD: Even when I’m reading theory and philosophy and then writing there’s a sort of embodied process to it, so there is a sense of filtering it through an internal or emotional landscape …

SD: Yeah, I feel like I do, and then I adapt it, or clean it up so that it reads like an academic piece.

FH: Do you feel like that takes a long time?

SD: Yeah, it does take a long time; I do lots of drafting. But I wonder, does poetry give you an opportunity to break with the particular demands of theory and philosophy, sort of like a radical act of departure? Do you feel less compelled to clean it up or make it verifiable in a sense?

FH: No, I feel like it’s more clean, I have to clean it up more and it’s got to be more rigorous than prose. The doctorate is a genre that you just have to slot into. So, there is, on the one hand, with poetry, that freedom of I can do whatever I want, but you can’t really.

FH: Yeah, and even if it’s not a form it’s still a form of not being a form, but because of that there has to be some other kind of intensity or rigour sustaining what it’s not.

SD: That makes perfect sense now that you’ve said that.

FH: But as to what that is, you find out on the day or something.

And also, I lament daily that I find that is also the case in the PhD genre as well because otherwise, if I knew what the hell it was I would have just done it. I have friends who say, ‘Yeah, I read so and so’s PhD, and I went, ‘Oh, is that all they want?’ And then I just did it.’ And I’ll be, like, ‘What?’ Did you ever feel like you’re always sitting down to a new impasse or something?

FH: Yeah, same here. In fact, my thesis is about the impasse, in many ways. But it’s so hard, it just makes me think I’m not sure that everyone has to go through that. Maybe they do, but maybe everyone’s got a different relation to the impasse, of course.

SD: Are you finding out what your relationship to the impasse is?

FH: Yeah, and when I feel really bad about it I then think, ‘Okay, you really found that out, and that was a good thing to find out.’

SD: Do you have an example?

FH: Well, it was about the universal and the particular. I didn’t feel like I had a conception of it, and that made it really hard for me to write longer pieces of fiction because I didn’t have any control over those ideas. I remember once I was trying to write about this artist, Philip Hunter, whose paintings are very multiplicitous, and I wrote something just by following the movement of the paint, and I sent it to Ivor Indyk. He used to have this journal called Heat that he put out through Giramondo. And he wrote back saying, ‘This is great but there’s got to be more to it than just multiplicity.’ And I thought, ‘What is he talking about? What does that mean and why is he trying to deny me this luxurious proliferation?’ That set me off on a path of having to find out what he meant, and I remember actually being in Oxford because we went over there for my husband’s work. We were walking along and I think I wrote it down thinking, ‘Wow, that thing I don’t understand.’ I had a little one-year-old and a three-year-old at the time. I thought, ‘That thing that I don’t understand about what he meant is the problem of my whole relation to the world.’ And also, the problem of why I don’t know what to do with this novel. And then once you start getting more into philosophers like Hegel, you realise, ‘Oh, well that’s everyone’s problem.’ So I’m really glad, even though it’s been monumentally difficult and terrible, I’m glad that that became my path because if it was a different set of circumstances, a different supervisor, who would have let me just cruise through because I had a facility with words, I could have just gone on saying anything forever, and I could have maybe gotten away with that.

It’s like the realisation that you keep having to have, so that was just the first time that it occurred to me, and that was eight, nine years ago, and I’ve been struggling through that ever since, wishing it wasn’t so, maybe. But I never used to write poetry then; I’d written skerricks of poems in my life. And so, poetry is something that just happened four years ago.

SD: What was it that prompted you to start writing poetry?

FH: … I remember someone had an office over in the Cinema Studies Building, you know that really old gothic looking one? It was Josiane Behmoiras. She said, ‘Do you want to use my office on weekends?’ I remember sitting in this great big lofty room and despairing with my thesis and finding poetry more soothing. I discovered I needed to write poems; not poems, just one poem that I’d write and then scratch out every word so it was gone by the end of the day. And that would be my day. So, I was doing that and then one night I went to a party, and Justin Clemens was there, and Michael Farrell was there and I had seen his stuff in Heat, that journal I told you about, but in its short story form – you know how he writes those really long prose poems? He used to write them ages ago. I remember seeing one 10 years ago and thinking, ‘That’s like my writing. Why aren’t I allowed to publish things like that?’ And then I saw him at this party and I got talking to him, and we had that discourse in common, so we could talk about stuff that wasn’t just about poetry. But then this other friend of Michael’s called Sam Langer who lives in Berlin now, he came up and we got chatting and they were saying how they had a poetry group and then Sam said, ‘You should come to it.’ And I’m like, ‘Okay.’ But it was one of those moments where it might not have happened if the conversation had gone down a different track. It was really like a blip, a glitch. And so, I did end up going and there were a couple of other people there, one of them was Corey Wakeling, one was Melinda Bufton, and they were also new at the poetry group, so we all bonded. And a bit later Ann Vickery came along. She teaches Poetry over at Deakin. By that time there was quite a lot of frenetic energy around the people in the group, and we were all trying to impress each other and have fun and make each other laugh.

It was kind of spontaneous and un-programmatic, apart from the program of coming to the group, and no one really said anything about what you read; if they did it was kind of dorky to do that, you know what I mean? Like, ‘Come on, we’re not at school.’ So, all of us produced a book each by going to that.


More by Sandra D'Urso on Cordite Poetry Review →
Fiona Hile is the author of a chapbook of poems, The Family Idiot (Vagabond), and a full-length collection, Novelties (Hunter). Read her ongoing commentary on Australian poetic communities.