Are You Searching For Me? 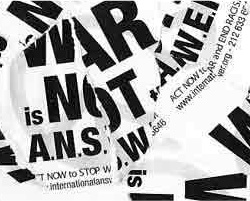 I play about with rule-generated writing every once in a while, trying to find something within the genre that resonates with me. I'm fascinated by what's on offer. Jeff Noon's Cobralingus, for example, a “machine” for taking two disparate texts and cross-breeding them, then seeding them with further ideas in order to generate prose and poetry, is quite mesmerising. Early last year I used it to combine a section of text taken from a dinosaur book with the track-listing from Frank Zappa's Strictly Commercial and ended up with a prose-poem called “The Third Fruit is a Bird” that I'm really happy with.

The JanusNode is also quite appealing, although to really take control of the processes it uses you need to develop at least a rudimentary understanding of some form of programming, or at least the probabalistic expression of grammars. I felt a bit overwhelmed by the user's manual when I read it one night at one am, but at the very least it's got a good text randomiser tool, which can be useful in the Cobralingus process.

The Search Poem technique, which involves simply typing a phrase into an online search engine, then either presenting the whole page of text that's generated as the completed piece or reworking the slab of text into something resembling a poem, is a nice and easy process that can generate some excellent work, as evidenced by this issue of Cordite.

Another poem-generation trick is to use one of those not-especially-accurate online translator programs (and that's more to do with the nature of language than it is to do with the programs themselves) to un-Anglify a piece of writing. Just punch the writing into the translator, translate it into whichever language you choose (Portuguese is a personal favourite), copy the Portuguese text, paste it back into the translator and translate it back into English. The ad hoc grammatical rules and literal translations that are applied will work wonders, as evidenced by the following paragraph, which is this paragraph taken into and out of German.

“Another poem production trick is one of those non-special-exact on-line translator programs (and that is more, for with the nature of the language, than to do it with the programs themselves to do is) for un-Anglify-Anglify a piece of letters to use. Fair copy the letter into the translator, translate it into, who language you select (Portuguese is a personal favourite), whom, stick they copy Portuguese text back into the translator and it back into English translate. The announcement hoc grammatical guidelines and the literal translations, which are used, work on miracles, as proved by the following point, which is this point, which is taken in and from German. And taking a string of words in and out of three or four languages one after the other can produce some lovely ungrammatical effects.”

The thing that these algorithm-based processes have in common, it seems to me, is that you don't necessarily get the best results by running any old sentence or phrase or string of words through the machine. You have to get a feel for which sort of phrase will produce what kind of response.

With Search poems, for example, I've tried using song titles and lyrics, but what you end up with is a long list of that phrase – with subtle variations to allow for people mishearing, mistyping and misunderstanding – and little else besides. The best way to get something interesting out of Search poetry is to use a phrase that juxtaposes unrelated words, like “this hat of paper ridiculous” or “the user attacks without his hands”. As with the translations technique, doubling up with search poems by finding phrases within the poem to use to generate a second poem can work really nicely.

Like everything, what you get out of this process depends on what you put in. All of the above processes go back to Tristan Tzara's “accidental poem” – the bag of cut-up text that you pull words out of at random. I've used this analog technique in writing workshops that I've taught at high schools.

Sometimes I give the class a report from the British Home Services' report on the aftermath of the bombing of Hiroshima, and sometimes I use the first verse of Banjo Patterson's The Man From Snowy River. The first usually generates a nice surreal anti-war poem (to my mind), and the second usually generates a poem about horses.

I recently read a brilliant online essay on the Oulippo movement, who were kind of the successors to dada, that talks about various techniques for removing the author from the work created, an idea that I have to admit makes me uncomfortable. From a distance these highly-abstracted, intellectualised writing-generating techniques seem brilliant, but when I knuckle down and actually start working with them I end up with work that I honestly feel I can't claim true ownership of. It somehow feels like cheating. Like anyone could do it. Maybe that's the point?

It's like the old “what is art” question – you push those boundaries enough and eventually you'll cross them. You keep making art that asks “is this art? is this? what about this?”, it seems to me that every now and then the answer will end up being “no.”

Speaking personally, I prefer it when I take some creative control with the end-product of these randomisations and mistranslations. I feel more comfortable viewing what comes out as the raw material from which a piece of writing can be created, rather than thinking of it as the end-product itself. Applying a poetic sense of sound and rhythm and musicality is pretty much essential. Otherwise I end up feeling a bit cold and impersonal about the processes, like I'm being overly reliant on the empty mysticism of nonsense.

This entry was posted in FEATURES and tagged Adam Ford, flarf, search poetry. Bookmark the permalink.
Adam Ford is the author of the poetry collections The Third Fruit is a Bird, Not Quite the Man for the Job and Arrival! (forthcoming). He also wrote the short story collection Heroes and Civilians and the photoromance microfiction Science Fiction Barbarians in Love. Dance to the Anticlinal Fold, his sold-out geohistorical spoken word tour, was featured in the 2019 Castlemaine State Festival. Adam lives in Chewton, in Central Victoria, with his amazing family and a variety of slightly less amazing animals, none of whom he actually minds feeding and cleaning up after terribly much at all.