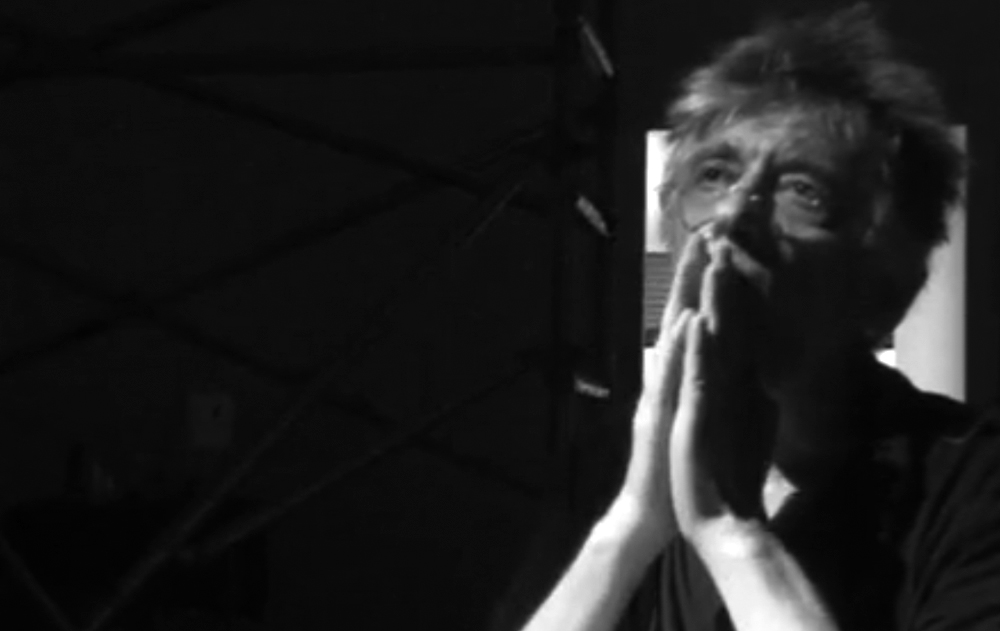 I went to visit Chris Mann in his apartment in Manhattan at the beginning of July 2012. Half of his apartment was covered with plants. There were trees, ferns and flowers hanging from every landing. Mounted on the walls were wood-framed bookshelves, completely packed. The other half of the apartment had a wooden table, kitchen, grand piano, and beyond that, some rooms for sleeping.

Mann welcomed me warmly, he made us some tea, and then we started chatting. On the subway down to his place I imagined what I might like to ask. What I really wanted to know was what it was like living in Manhattan. But right from the beginning, Mann steered the conversation towards Australia – not so much what it’s like to live there, but little pieces of trivia. He told me that the first recorded sound in Australian history was a man imitating a chicken, and then he explained why Australians have been at the forefront of efficient water use in agriculture. All these bits and pieces about Australian history and culture – obviously stored by a brain preoccupied with the island continent.

‘I have a son, around your age. He’s living in Melbourne,’ Mann said. ‘He tells me that the city has one of the liveliest music scenes in the world.’

In my head I started to construct a defence of the experimental music scene in Melbourne, but before I could articulate any of it a student of Mann’s from the New School arrived and I had to go. The student needed a book or two from Mann’s collection. I left content. It was a fun visit.

Then on the subway home I thought, ‘Why was he fixated on Australia?’ I didn’t even get to ask him about living in New York. Come to think of it, I don’t think I had a chance to; we only talked about New York once.

‘Sorry for the hike up to level seven,’ Mann said when he opened the door to his apartment.

‘Not a problem,’ I replied.

‘You know, every Australian living in New York lives on the top floor apartment. And you know why?’ he asked.

‘Because they’re cheaper. Americans can’t stand stairs. By the way, do you know that the first recorded sound in Australian history was a man imitating a chicken?’

It doesn’t take much research to find a group of international avant-gardists and thinkers who are interested in and have written about Chris Mann’s work: John Cage, Henri Chopin, Herbert Brun, among others. But if you limit your research to Australian writers, there is close to nothing. It seems strange to me that no Australian writer has looked closely at this Australian artist of international acclaim – especially an artist whose work and thoughts deal so intimately with the subject of Australia.

Maybe this is because Mann’s work straddles the boundary between music and language. Maybe Australian writers consider themselves underqualified in composition and music to articulate anything valuable about his work. Is he a composer or a writer or a performer? It may be the burden of categorisation that makes Mann’s work hard to write about.

If this is true, it is an indictment on the imagination of Australian writing. After all, an artist’s ability to defy easy categorisation has been common practice for the avant-garde for the better part of a century. You could even argue that it is an artist’s ability to ‘defy’ that makes them, well, avant-garde. When we wonder whether an artist is a musician, a composer, a painter, a dancer, a poet, a scientist, an inventor, the artist is compelling us to re-evaluate the boundaries we put around these disciplines, to expand and interconnect these disciplines in novel ways.

On the subway heading north on a muggy Manhattan day, I wondered why Mann left Australia. Maybe it was so he could engage with people who wanted to talk with him about his practice and the ideas that inform it. Maybe this is because Mann speaks the language of the avant-garde, and that its grammar is not understood in Australia.

Pages: 1 2 3 4
This entry was posted in ESSAYS and tagged Chris Mann, Oscar Schwartz, Π O. Bookmark the permalink.
Oscar Schwartz is a Darwin-based writer and poet. His most recent book is the The Honeymoon Stage.