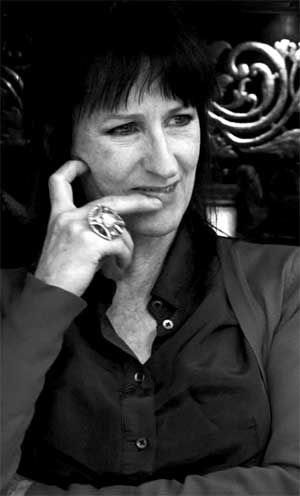 Of the poems I’ve chosen for this theme-free issue, some are headily elusive, such as the epistolary ‘Shooting“Correspondence”Gallery’ where meanings crumple and re-form through their costly tousled language. Others such as ‘Gull’ are propelled almost entirely by sound and rhythm. Some have perfunctory line-breaks that occasionally thwart impetus, and some, such as ‘Bauxite’, totter catastrophically, as an imaginative raucous humour fuels that poem. One of the longest ‘india v aus 11-12 1st test day 4’ is an alt sports commentary, that both admires and wildly parodies that genre. ‘Another Chardin in Need of Cleaning’ re-makes a title of Frank O’Hara’s, but drops his chatty tone, and winds into a brightly flickering moebius strip of consciousness. ‘Professor Kröte’s Death’ pays homage to Gwen Harwood’s unheeded frustrated musician and teacher.

‘The Ritual of the Cup (Sestina)’ carries a rhymed semi-tragic burden, its title perhaps a reference to the utterly different ‘Little Cup Sestina’ of Ken Bolton’s. ‘small wondrous emails’ jokingly mimics a current emaciated android existence. ‘CV’ is a crazed version of pantoum with thumping end-stopped lines, but the tossed-salad of the pantoum throws up juxtapositions that escalate weirdly as the poem proceeds. ‘Jem Finch Gets It’ reimagines characters from ‘To Kill a Mockingbird’, just as ‘Moby Dick: Acrostic’ valiantly attempts to transform that epic into a poem. In the long ‘Eulogy for someone in the room’, expectation is confounded when the ellipses fail to deliver a punch-line, acting instead as pause in the narrative before it veers further afield. ‘Scenic Outlook’ begins with Stop and ends with speed, as the river it describes hurtles past the tourists, with the rhyming edge / ledge / sedge encasing a moment. ‘Wasted Heaven’ employs the Romantics’ nature mirroring subjectivity, while its line-breaks and isolating couplets forge ambiguities.

‘zerofourzerofivezerosixtwentytwelve’ in part satirises U.S. imperialism among its portrayals of everyday life. ‘AUSTFA’, ‘On paper this was not New’, ‘it grows on you’ and ‘Notes After Fort Worth’ explore depictions or ruses of nationhood: ‘AUSTFA’ even domesticates Parliament into a diminutive in its humorously mocking yet obstreporous enactment of a cultural cringe. The long ‘National Geographic’ surveys globalised vacuity, cultural exoticising and appropriation, blandly displayed via catalogue. Other poems reinterpret traditions: the epiphanic, such as ‘Gestalt with seagulls’, and the elegiac, in ‘Hinkypunk’.

So, after reading through a quivering pile of submissions, a large number of which were impaled on cliché – in construction, language, thought (as if those were even separable) – I have chosen those poems that most surprised.