A Poetics of The Naughty 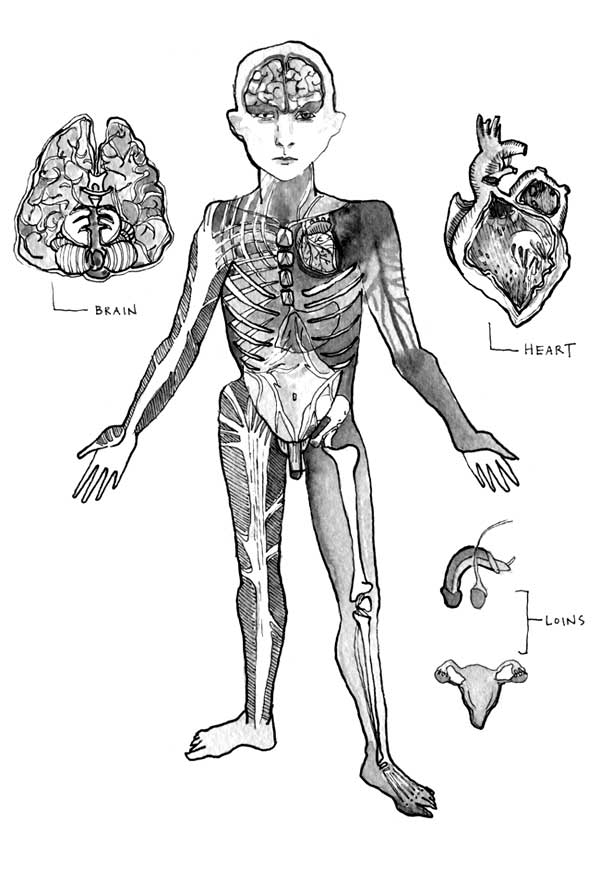 The word ‘naughty’ is etymologically related to the number naught. Winning, and its relationship to one, along with duplicity and its relationship to two, seem to be the only other similar contemporary instances where a number becomes descriptive of a particular kind of activity. But being naughty is not the opposite of winning, in the sense that winning is being number one.

How does naught become naughty? According to the word’s etymology, the expression ‘naughty’ comes from being needy, as in, ‘having naught’. Naughtiness, in this sense, is the expression of one’s not having anything, of one’s wanting nothing in particular, but having to have something. This is perhaps familiar to us in the archetype of the whiny child, who feels the need to express that they have nothing and are in need of something, albeit often something non-specific. The archaic definition of the word has connotations more closely allied to wickedness and evil, as in having no prospects concerning the question of redemption.

Picking through the OED, one finds a perhaps surprising range of things and events to which the word naughty has been applied. These include figs, water, meat, trees and the weather. ‘Thou wilt not have bad coin, bad soil, a naughty tree, but all good’, writes Robert Burton in 1621. It seems that naughtiness has come to be increasingly limited to the human realm – even when pointing to an animal kind of humanness.

My concern in the present study is first and foremost with what the category of naughtiness can mean today. It is a concern that makes use of historical content, however my method is as much philosophical and poetic as it is historical, as much to do with the vectorial existence of ideas and the redesign of language as with stable, traceable, datable information. This ties into a more general concern: the effort to add, conceptually and poetically, to the range of ways we identify activity, and to ensure that our means of identification are suitably informative, useful and interesting. While I do not refer to his work directly, Ian Hacking’s work on ‘interactive kinds’ and ‘biolooping’ provides something of a methodological and philosophical touchstone that orients my adventure.1

That the word ‘adult’ is listed as a euphemism for naughty seems a happy incidence of semantic perversion. Although we tend to associate naughtiness with childishness and with children, sex, thought to be the most adult of activities, cannot shake its relationship with those traits we take to belong to our less mature selves.

Naughtiness is an activity that requires boundaries. The relationship between naughtiness and its container is one of excess and of testing. The naughty being, while sometimes endearing, always has the capacity to become a pest. Naughtiness cannot exist without boundaries but it also pretends to ignore them. This is an aspect of naughtiness that I want to stress: the naughty thing always to some extent depends on the hospitality of the other, even though it wishes to illuminate the limitations of this hospitality. In recognising naughtiness, or attributing naughtiness to some thing, we create a space for the difference of that thing. Naughtiness is at once permission and prohibition.

In the sense that it is a kind of purposeful ignorance, naughtiness is conceptually related to irony. Naughty irony though, or irony as naughtiness, is less an intellectual variety of irony than it is attitudinal. As the poetry critic Charles Altieri remarks, with regard to the speaker in Ezra Pound’s poem, ‘The Bath Tub’: ‘Here irony is not intellectual, not a matter of appearing to say one thing while meaning another. Irony is attitudinal, a matter of disposing the will by adjusting the tone in which someone is regarded.’ (28)2 Irony, according to this definition, is not a matter of disjunction between appearance and essence, or saying and meaning, but ‘an adjustment to what language allows in the situation’ (28), and therefore is essentially a kind of expression. Naughtiness too, I would argue, and perhaps even more so than irony, is a way of working out what one can and can’t do through a certain relationship to limits (‘what language [or any criteria] allows in the situation’). Naughtiness is not in this sense thoughtless, but neither is it exactly thoughtful. It requires both an awareness of limits and of the simulated and stimulating nature of limits: ‘you wouldn’t dare, would you?’

Naughtiness is a thoroughly ambiguous category in terms of the way we conceive power. Not unlike the ‘cute’ which Sianne Ngai, in her work on minor aesthetic categories, characterises as the ‘aesthetisation of powerlessness’, the naughty requires that we read power relations and expressive capacities as more complicated than our binaries wish to make them.3 The attribution of cuteness, for Ngai, always involves drawing attention to the powerlessness of something. Naughtiness in a related though different fashion is a way of at once limiting and reproducing the power of the thing or event we choose to call naughty.

But in what way? Both the naughty and the cute are conceptually related to the infantile, the erotic and the shrewd. However cuteness seems to be more decorative, more about being in place, about something contained snugly within itself and its location; whereas naughtiness is elusive, adventurous, and less domesticated or pleasing. Naughtiness is nasty, cuteness is nice, though both in some sense embody the force of those things with which they seem to bear a negative relation: naughtiness is a nice kind of anger or meanness and cuteness is always on the way to becoming a menacing kind of niceness.

With reference to the artwork of Takashi Murakami, Ngai accounts for the sense by which ‘it is possible for cute objects to be helpless and aggressive at the same time [italics in original]’ (823). Ngai suggests that while cute objects become increasingly cute the less powerful they seem (for example, when they are injured), they also have the propensity to be agents that participate menacingly in their own deprivation, and thus to the feeling of deprivation experienced by the subject that calls them forth as cute (823).

Naughtiness relates to self-definition. While not being something one possesses as such, naughtiness is rarely described as out of character. In a way naughtiness is expected, as the gender exclusive saying ‘boys will be boys’ exemplifies. Naughtiness is what someone or something gets up to in order to enlarge the space into which their character might persist. In an odd way it is a kind of nesting impulse. The naughty child always depends to some extent on a home or care. We feel permitted to be naughty when we are happy and healthy, when we are entertaining our own excessive energies and wish to discharge these in some way. It is a sign of life or of liveliness.

We also feel the compulsion to be naughty when the concern others show for us becomes overbearing, which seems paradoxical, considering naughtiness is supposed to be the expression of need through having nothing. It is a way to escape, and perhaps become reconstituted by, vigilance through exhibition. Naughtiness is not melancholy, but cheeky, it is done with happy disregard, and it is also the acquisition of happiness through disregard. Despite its stingy numerical connotations, the decision to be naughty is in this sense never a zero sum game. The naughty individual makes something from nothing, even if this something has the propensity to spiral into the red.

People become naughty in order to actively forget those authorities and forces that might seem to impinge on their being. Naughtiness is also to some extent constituted by these forces, which implicitly treat what they identify as without, in the etymological sense of having naught. Likewise, naughtiness is in this sense the invocation of an authority. Someone might express naughtiness as neediness in order to be watched over or attended to more closely. But naughtiness might also be without direction and unprovoked. What delight is something if it is constituted simply as a reaction?

My grandfather used to say, ‘that one boy is worth one boy, two boys are worth half a boy, and three boys are worth no boys at all’, which interestingly preserves the relationship between naughtiness and its numerical ancestor. A group of girls, or boys, are naughty because they are worth nothing to the adult that hopes to obtain useful labour from them. This idea of naughtiness coming in numbers also seems apt in terms of highlighting its social dimension. One finds less reason to be naughty in no company. We depend on others to witness, egg-on and disapprove of our activity.

Pages: 1 2 3 4 5
This entry was posted in ARTWORKS, ESSAYS and tagged Charles Altieri, Franz Kafka, Pierre Hadot, Tom Lee, Zoë Sadokierski. Bookmark the permalink.
Tom Lee is a Sydney based poet who recently completed his doctoral thesis on the prose fiction of the late W. G. Sebald. He is interested in how syntactical and non-syntactical forms of writing interact with perception and thinking. His poetry and criticism has featured in Environmental Humanities, M/C Journal, Rabbit, Overland Magazine, Southerly Journal, Blackbox Manifold, Steamer, whenpressed.net and The Reader. His poem 'Plateau' was commended in the 2008 Judith Wright Poetry Awards.