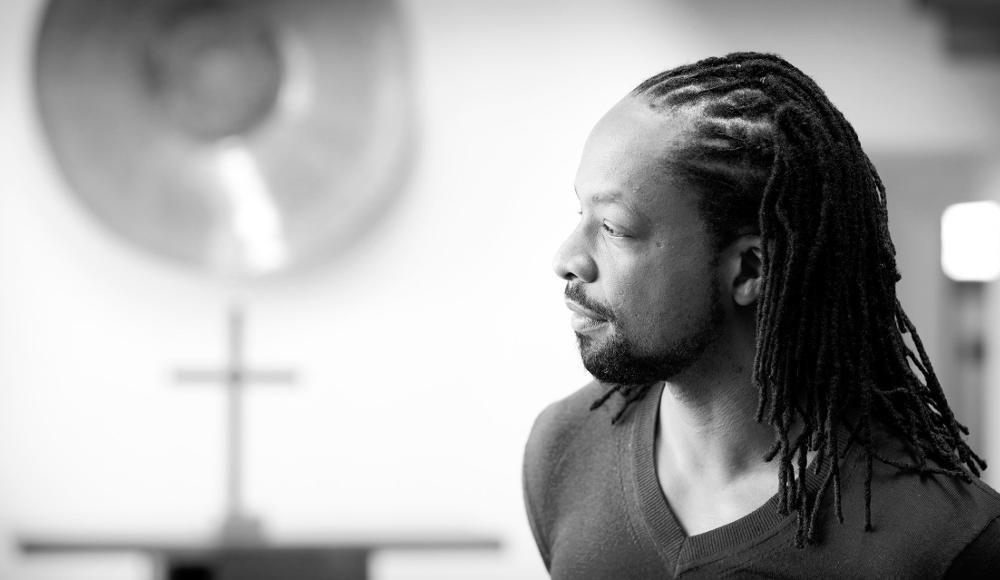 Gay poets, in the main, are determined to claim difference by questioning orthodoxies that corral issues about sexuality and love − and the functioning of these constructs within an urban, heterosexist reality − issues always pertinent to gay male writers because it is they who must bear the burden of political self-consciousness in a heterosexist world. As Robert K. Martin writes:

most writing has traditionally been heterosexual, not by declaration but by implication (…) And heterosexual assumptions are presumed to be universal. (F)or the homosexual man, who must repeatedly observe the differences between his own sexuality and the prevailing assumptions about ‘everyman’, sexual definition is a matter of individual struggle and personal decision.1

This is an investigation of the development of a particularly assertive (if at times despairing) gay voice in contemporary poetry and will be discussed on the basis of the following key areas: homosexuality as decisive difference, the idea of ‘separation’ as necessary, sexual explicitness (sex as sex), the significance of the AIDS crisis and the insufficiency of Queer theory, and tied to this latter notion, the persistent imperative of a liberatory, gay politics.

Younger poets like Richard Siken, Jericho Brown and Eduardo C. Corral (along with many more not investigated here, such as Randall Mann, David Trinidad, Dennis Cooper and Rafael Campo to name a few) have distinguished themselves through determined and politically aware rage, relevant still because the conditions that determine homophobia abound, ‘five minutes in a high school, or of watching a tv sitcom should be enough to tell you that’.2 Nonetheless, the sexual explicitness and imaginative bravado, that emanates from the very intensity and meaning of gay sexual practice (and fantasy), is reflected in the poetry of the younger generation who enact, describe and promulgate radical imperatives. This attitude is undeniably attractive to readers of poetry because of its very thorniness and its transgressive, dramatic energy. John Emil Vincent, in his Queer Lyrics : Difficulty and Closure in American Poetry, a study about the notion of complexity in the works of John Ashbury and others, delights in the idea of the ‘disjunct’, the apprehension of which he views as an essential pleasure available to gay readers because:

dominant codes of meaning, identity, identification, or desire are held off by mysteriousness, excessiveness, or obliquity (so the reader) might find the burrs on a text the most delectable bits of it because of their burr-likeness, because they do not simply flatten into the fabric, because a perverse reader can attach to the unattachedness of these moments.3

Gay readers and the poets themselves, living in a new age of anxiety, feel dislocation from heterosexual social/sexual norms and this characterises their particular and collective voices. The best poetry offers both a critique of and resistance to heterosexist and (particularly) suburban notions of what love and sex are, and by extension, what love poetry might be.

I understand the world in translation. As a gay man, I am surrounded by and live within an overwhelmingly heterosexist hegemony. Everything I know and desire is filtered through notions of normativity, defined according to heterosexual imperatives. My fundamental desires, those that determine purpose and relations with others, are viewed essentially as ‘other’, because contextual, cultural tropes are inevitably tied to heterosexist notions, delivered via heterosexist terminology. This occurs in literature, the visual arts and in music and indeed in all cultural expressions. As a consequence, I (mostly) feel like a foreign visitor, struggling to understand an alien language that is figuratively and conceptually heterosexualised. This is a story whose ‘repetition constitutes not only the continuation of cultural values but also the continuation of culture itself’.4 The burden then of ‘translation’ falls to me and to my gay brothers. We must always translate the world or remain in the cold.

As readers of poetry, we are also different and this difference too is marked. As Jill Jones in her introduction to Out of the Box: Contemporary Australian Gay and Lesbian Poets, rightly claims when speaking of a readership:

Who ‘we’ are as writers is central even if that ‘who’ isn’t always easy to pin down … (but) it does make a difference, whether we like it or not, when readers know (or rightly suspect, in some cases) that a lesbian wrote this sonnet or a gay man wrote that sestina5

Differentiation occurs because we bring a complex and individual set of positions to any reading. We cannot avoid this and should not attempt to. When for example, I read Shakespeare’s sonnets, those addressed to his young man anyway, I understand ‘Shakespeare’ in the sonnets and the rest of his work in an entirely different way. The performative act of reading, within the knowledge of his sexuality, fundamentally shifts my own perceptions, in line with my preferences and prejudices. This is a tribal thing and I am prepared to be seduced by Shakespeare in a way that would be impossible if he were writing to a woman.

Separation from the mainstream

It is necessary to separate gay poets from their heterosexual contemporaries, if the significance of gay poetry and its proper contribution to the culture is to be understood − as a first step towards fundamental equality and eventual integration. Each of the poets examined here profoundly questions hegemonic orthodoxies regarding sexuality within a suburban, heterosexist setting. Rather, they celebrate eroticism and love through descriptions of sexual practice and fantasy that might remain distinctly uncomfortable for many heterosexual readers (and indeed for some homosexual readers as well). Poets like Siken and Brown in particular, repudiate (perhaps ambiguously but nonetheless effectively) what is promulgated in ‘straight’ society as normative and instead proclaim intensity in difference through an awareness of the otherness of a gay and separate sexual identity. Indeed, gay poets must proclaim, stand by, declare, tout, reference, exalt their identities as distinct sexual beings, otherwise their poems will be mis-read, mis-identified and as a consequence, diminished.

That much gay poetry is explicit and challenging is of great import because it flags a determination to be true to fundamental (and separate) sexual identities, practices and interests, antithetical to heterosexual mores, expressed as these are through heterosexual behaviours. Michel Foucault reminds us that we remain dominated by a Victorian sexual regime even today, where ‘the image of the imperial code is emblazoned on our restrained, mute, and hypocritical sexuality’6 and he contrasts this with prevailing attitudes in the Seventeenth Century when:

a certain frankness was still common, it would seem. Sexual practices had little need of secrecy; words were said without undue reticence, and things were done without too much concealment; one had a tolerant familiarity with the illicit.7

He might have been referring to John Wilmot, Earl of Rochester here, whose sexual encounters were celebrated in poems of startling honesty and where homosexual sex was seen as part of the adventure of sex:

It appears that some contemporary gay poets are keen to return to an equally restraint-free sexuality, via explicitness. Jericho Brown writes:

There is nothing here of the ‘monotonous nights of the Victorian Bourgeoisie’10 but rather a lascivious delight in the coded explicitness of language used to explore penetrative, raw, gay sex. Also, the poet reminds us of primitive notions of masculinity, where ‘bringing home the meat’ (both literally and metaphorically) was something expected of real men.

Poets write with such demanding intensity and ferocity because they are gay and because they remain conscious that they live within a heterosexist/patriarchal social order. This results in an acute awareness of difference and is an imperative to sharpen the defensive and declamatory knives, through language that is sharpened and made challengingly explicit.

Notions of love as a sentimentalised trope are manifest in literature, and are often combined with an attendant perception that sex should ever only be the unique expression of love. This raises the problem of monogamy, surely a self-defeating, impossible-to-live up to ‘ideal’? Gay men have understand that monogamy is simply too difficult to maintain and strains relationships unnecessarily. Sex is sex and while it might bring with it a consciousness of the oneness of experience through ecstasy (at its most fulfilling during orgasm perhaps), it might not. It is just as likely to lead to an apprehension of aloneness and alienation and indeed further separateness, even within relationships. In gay experience, sex is more often than not, just that, sex. That a whole bourgeois superstructure of taboo, restriction and denial exists around sex is certainly not the fault of gay men.

The crucial significance of AIDS

The devastation of AIDS, a ‘plague’, as Thom Gunn so persuasively apprehended it, cuts across and through the gay male community, demanding very particular and sustained political and emotional concentration and so determines a deep re-definition and re-evaluation of the very notions of love and sex (and sexuality), creating in particular a renewed consciousness of being gay in a hostile world, as well as deep anxieties regarding love-making and sex. The profound impact that the burgeoning AIDS crisis had on the gay community in particular was devastating but is perhaps hard to fathom now that we are on the other side of it (at least as far as gay experience in the West is concerned). But, as Eve Kosofsky Sedgwick writes of the Nineteen-Eighties:

The first reports of the disease had come out only in 1981, and its sheer newness, its untreatableness, and its ballooning mortality brought a sudden, encompassing experience then to be in a room of vibrant young people, conscious that within a year or two, all but a few of them would have sickened and died.11

Today, AIDS remains still a threatening reality. In Randall Mann’s most recent collection, Straight Razor (2013) the syndrome is a constant, looming presence in the poems, where desire is conjoined with fear:

The AIDS epidemic has meant that gay writers were (and are) forced to recognise a deep fissure between their own sexual desires and the fear of contracting AIDS. The AIDS epidemic remains a scourge that cannot be ignored in any investigation of what it means to be human in the Twenty-first Century. Further, it is fair to say that the AIDS crisis only came to general public notice once the disease began to threaten the heterosexual community. This was a profound failing on the part of various governments of the time, one that reverberates still. Given this tortured political history, it is hardly surprising that AIDS continues to impact on gay poetry.