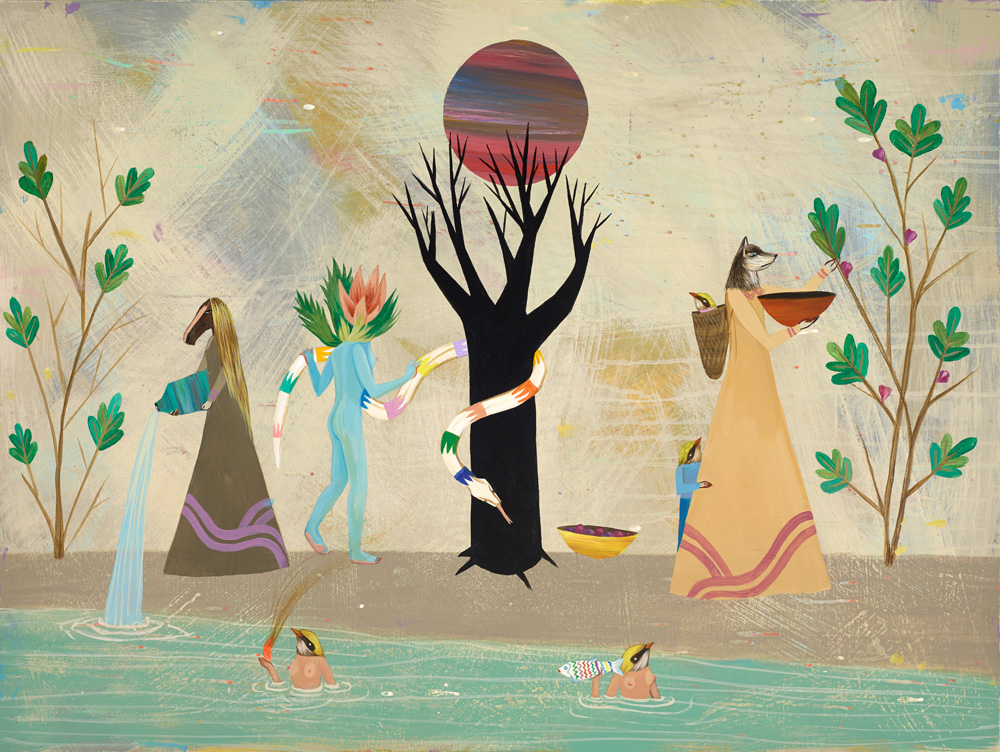 My work explores narratives that recognise the urgency and conflict in our continuing attempts to connect to the world. With influences derived from such opposites as East Indian temple imagery, punk rock, and her US Pacific Northwest natural environment, her images are indications of how we try to connect ourselves to others and how these satirical and heroic efforts are episodes of compassion and discomfort. Bold elements drawn from landscapes, both urban and natural, and pop culture suggest the ability to find commonalities and relationships between ourselves and our surroundings that inevitably confirm our greater humanity and quest towards love.