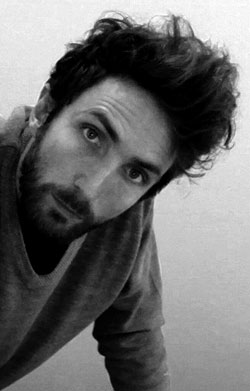 Cordite 44: Gondwanaland looks to a place in our pre-history, a time of supercontinents. How do poets connect with or make use of such an idea?

This theme was thrust upon me. But I didn’t mind then and I don’t mind now, because it’s one of those themes wherein the specificity of the notion seems to force poets into imaginative leaps. Besides, I wanted this gig (years ago, I mentioned to David Prater, former Managing Editor, that I wanted to be considered for a guest editing spot). I love that every issue is exciting and diverse, that every guest editor introduces me to a new poet. Now I’ve done it.

There is a terrestrial aspect to the poems I’ve gathered here, one hard to ignore, in land and ocean: what was the planet once and what is it now? What can it be in the future? Here I have presented you with a collection that features more words for water and earth than any other like it. Jessica Smith ponders the connections between Alabama and Australia, the ‘sedimentary memory’ that still links the two lands. David Adés also focuses in on the matter beneath our feet, repeating the primitive incantation ‘Rocks    rocks    rocks    rocks.’ Toby Fitch’s ‘Rock Bottom’ appears as a rock. I could go on.

Early on I wondered whether I would include any poems titled ‘Gondwanaland’ and, as it turns out, yes I did … but what interests me most about the process is the way this issue encompasses the outliers. Some of the most interesting pieces didn’t initially seem to fit the theme at all. It’s an odd paradox, because where many of the poets have given us works that are clearly littoral or liminal in geographical terms – the speaker is poised near an ocean for instance, pondering rock formations – other works are liminal in the way they add to this thematic compilation of ‘Gondwanaland’, and one might say that this is appropriate. Sarah Holland-Batt places us on the beach at the beginning of her poem, ‘I tread where the mangroves end / in a high tide of red fiddler crabs-’; Ross Jackson orients us with the title of his ‘Latte at the edge of The Indian’; while Eddie Hopely turns a microscope on the way (his) hair falls. Claire Jansen writes about a game of pool. What has hair or billiards to do with seismic shifts? Perhaps everything.

Often what I enjoy most about poetry (and maybe life) is observing the balance between playfulness and thoughtfulness. Some of the poets have pulled off a fine balancing act in this regard, using imagery or the science of shifting landmasses. Emma Barnes’s ‘Long Form Thought’ is what it says it is, but it’s also fun: ‘Science / is to be used sparingly like cocaine / or cayenne.’ Ian Gibbins’s piece uses notions of continental drift to rove across a personal relationship, but frames it within the microcosm of a conference, simultaneously capturing the attention with science and metaphor.

I am very pleased with this issue of Cordite. It is a great thrill to read so many diverse poems “blind”, and to then have new and familiar names revealed. I was also pleased to be given the chance to invite a handful of writers to submit directly to me – a new change of editorial policy that I support. Hopefully this approach has let me introduce you to some fine writers, many of who have rarely published in Cordite before.

Finally I’m excited by the rocky, watery way this issue reads. It makes me feel very much an integral part of our particular Earth.

This entry was posted in ESSAYS and tagged derek motion. Bookmark the permalink.
Derek Motion lives with his family in the Western Riverina region of NSW where he works as an Arts Development Officer. He has been writing poetry for many years, and quite a few of these pieces have been first published with Cordite. He was previously director of The Booranga Writers' Centre, and has edited fourW twice. His first collection, lollyology, was published in 2012.