Story Circle: The Transnational Story Hub and the Inspiraciones Literarias 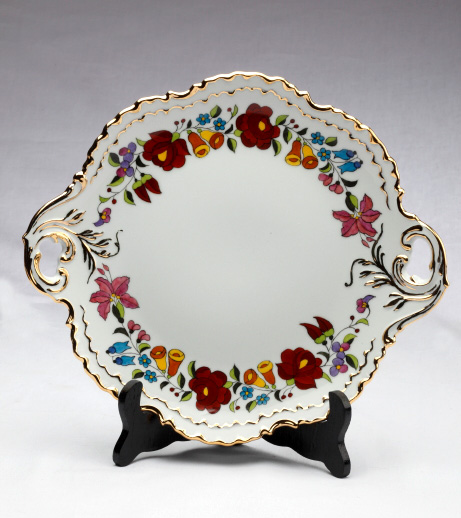 The Ripple Effect: The Poetics of the Story Circle

In February 2012, the Transnational Story Hub1 (University of Wollongong writers) responded in poetry to Collections of Hopes and Dreams, an exhibition of artifacts and stories of migration and settlement in Australia at the Wollongong City Gallery.

An initiative of the Migrant Heritage Project and curated by Eva Castle, this exhibition recorded the experiences of European migrants and refugees (Croatian, German, Hungarian, Polish, Ukrainian) who arrived in the Illawarra after World War II. Aptly titled The Story Circle: Bearing Witness to Hopes and Dreams, our poetry response project was supported by the South Coast Writers Centre and its Director Friederike Krishnabhakdi-Vasilakis.

One afternoon, we ‘witnessed’ story objects showcased behind glass: documents of identity, a wedding dress, photos, poems, hand-painted porcelain plates, a wedding bible and corsage, tiling tools, banknotes, home-sewn crafts, postcards, hand-decorated eggs, a workbench, a pot, a coat, a plait of hair. All intimate lives and public histories evoking long journeys, the artifacts of migration were not silent. They told stories.

The glass cases were mirrors: clear water to look into lives, and to reflect back our own. It was a humbling and unsettling moment: we witnessed, felt deeply, and felt connected and interrogated all at once. How to witness, how to respond, how to listen, how to speak afterwards.

The seven poems in this cycle are concluded by an eighth poem: a bilingual poem collaboratively written by the South Coast’s Inspiraciones Literarias–Spanish-speaking Writers with one of the poets from the Story Circle project. This final poem and its process is the culmination of the multiple mirrorings: among English-Spanish, Australia-Chile-Spain, and different lives-bodies-sensibilities.

All different yet hopefully kindred in storytelling.

Storytelling is not lonely. There is no story without a teller and a listener. First, the storyteller, then the listener who bears witness to the told story–and who can only tell another story in response, to acknowledge the original story.

This entry was posted in CHAPBOOKS and tagged Cleo Pacheco, Donna Waters, Elisa Parry, Emilio Yañez, Gil Po’o, Inspiraciones Literarias, Juan Quiñones, Maricarmen Po’o, Matilda Grogan, Merlinda Bobis, Patrick McGowan, Tara Goedjen, Violeta Cordova, William Alister Young. Bookmark the permalink.
Merlinda Bobis is an award-winning writer with 4 novels, 6 poetry books, a collection of short stories, and 9 dramatic works. Her awards include: the 2016 Christina Stead Prize NSW Premier’s Award for her novel, Locust Girl. A Lovesong; three Philippine National Book Awards also for Locust Girl and an earlier novel, Fish-Hair Woman, and for her collection of short stories, White Turtle, which also won the Steele Rudd Award for the Best Published Collection of Australian Short Stories. She also received the Prix Italia, the Australian Writers’ Guild Award and the Ian Reed Prize for her radio play, Rita’s Lullaby. Her first novel, Banana Heart Summer, was shortlisted for the Australian Literature Society Gold Medal and her poetry collection, Summer Was a Fast Train Without Terminals, for The Age Poetry Book of the Year. Her latest poetry book, Accidents of Composition, was Highly Commended for the 2018 ACT Book of the Year. She lives and writes in Canberra.