Introduction to Lucy Van’s The Open 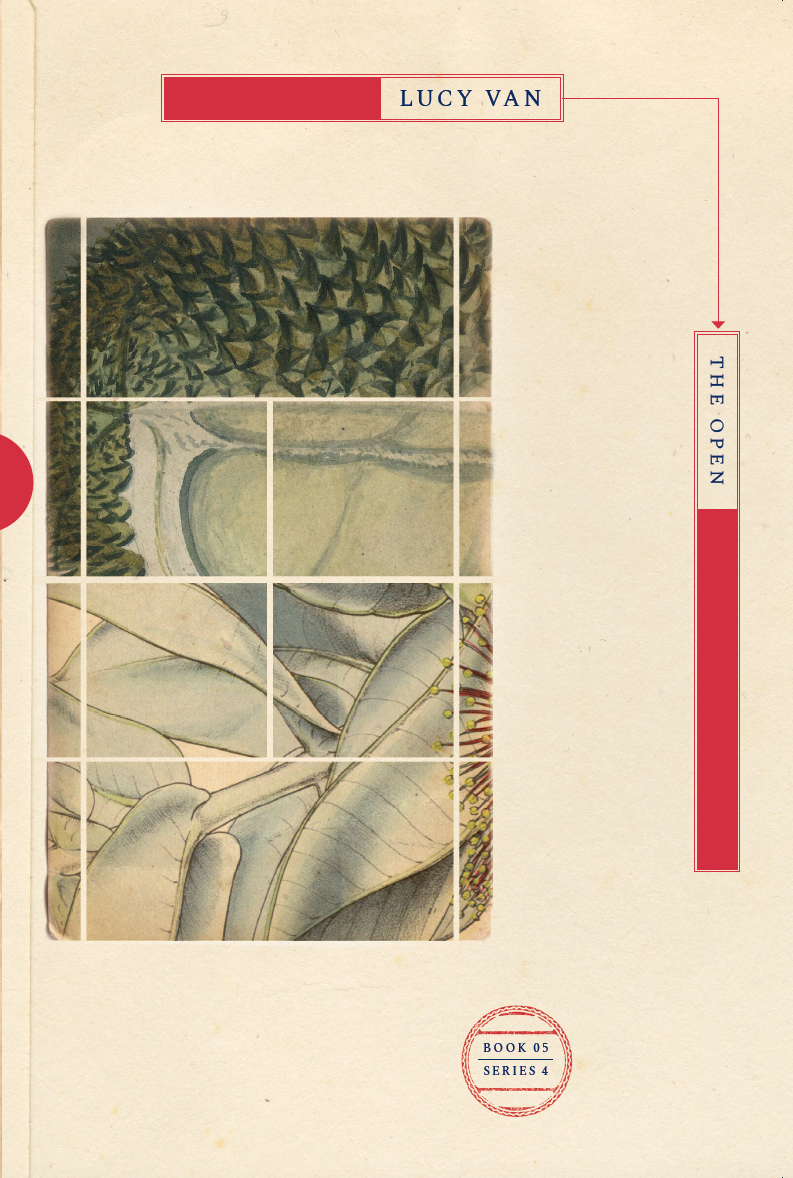 This door, this though

All doors are open in Lucy Van’s poetry. Ingress and egress are multiple, even coincident. We’ve just touched what’s here, or are about to touch it, when apprehension is quickly unsettled, halted or reconfigured. Because we’re only passing through a door or another door is opening, as the poet offers: ‘Another thought though (and oh, I think about how thought and though are very similar words)’. Hers is a liminal though. Between what’s touched and what’s yet to be touched. Site of frisson. Contention. Then insight.

The book opens to Hotel Grand Saigon: ‘I have gone back and now I am here.’ ‘Back’ is her father’s family and roots in Vietnam, opening the door to his migration history, only a peek, though (‘Never write a poem about a boat’), then opening to Vietnam’s colonial history. And now we are here where the Vietnamese staff ‘are always ready to serve’ the French and other holidaying Europeans and white Australians, and herself, the Vietnamese Australian poet ‘coming home’, though also waited on or waiting in a gift shop and unable to ask, because she can’t speak her father’s language. Van’s poetry is an ongoing decolonial passage. Each opened space and time takes to task the one just left, then comes home to the poet, her self-reflexive though pointing to her own entanglement. She’s inside and outside these pasts and presents, or presences: touched and untouched.

But is one ever untouched? The ocean passes beneath these poems and one inevitably gets wet. It’s ‘a liquidation of territory’, whether in Vietnam or in Australia, where land has been liquidated, too, by the passage of colonial ships through water. Public or personal territory, even the most intimate, is persistently liquidated. Disappeared by coloniality, modernity, progress, by growing up and outgrowing, or by an aside, this though. Or simply made liquid, flowing through the next door, only to reappear as something else at the other side before moving on again. Van’s quicksilver to-ing and fro-ing creates an insight-coaxing discombobulation. But it’s the liquidation of the poem’s territory that is the hallmark of this collection, prose poems occasionally juxtaposed with the familiar shape: that block of a poem. To accentuate the liquidation? These prose poems start as a moment flowing in interior monologue into multiple spaces and times. Then sneakily, and bravely too, they open estranging doors, so poetry starts reading like short story becoming extemporaneous discourse, erudite and interrogative, hopscotching from Foucault to Kristeva to Homer to Bishop to Whitman to Catullus to Malouf to Plath.

Each is a new door opening: this though.

Is this from the sheer force of water that wants out, wants more?

The poet’s serve is vigorous: reader hurtles through another door and is suddenly in the middle of the Australian Open. Here, ‘[t]he court is [her] discursive space’. The ‘serve is the rhetorical question’ and the return, birdsong, ‘the aggressive claiming of territory’. Or merely a wish to restore what was liquidated? Tennis becomes philosophy. The line of thought is the line of though: one is again taken elsewhere. But always she returns to family, home, the intimate, the body touched and untouching: ‘most of your life you are coming home … all the while you are leaving’. It’s when Van is in this transit on ‘A Little Cloud’ that she’s most moving, and she transcends. Like when she watches her father drink a Fanta – poet drinking him up down to ‘the lump in his throat mechanical with thirst’ – and she’s ‘transposed … to the temple’, to ‘[p]laces like this … filled with doors’.

This entry was posted in INTRODUCTIONS and tagged Lucy Van, Merlinda Bobis, Zoë Sadokierski. Bookmark the permalink.
Merlinda Bobis is an award-winning writer with 4 novels, 6 poetry books, a collection of short stories, and 9 dramatic works. Her awards include: the 2016 Christina Stead Prize NSW Premier’s Award for her novel, Locust Girl. A Lovesong; three Philippine National Book Awards also for Locust Girl and an earlier novel, Fish-Hair Woman, and for her collection of short stories, White Turtle, which also won the Steele Rudd Award for the Best Published Collection of Australian Short Stories. She also received the Prix Italia, the Australian Writers’ Guild Award and the Ian Reed Prize for her radio play, Rita’s Lullaby. Her first novel, Banana Heart Summer, was shortlisted for the Australian Literature Society Gold Medal and her poetry collection, Summer Was a Fast Train Without Terminals, for The Age Poetry Book of the Year. Her latest poetry book, Accidents of Composition, was Highly Commended for the 2018 ACT Book of the Year. She lives and writes in Canberra.


More by Merlinda Bobis on Cordite Poetry Review →
Lucy Van writes poetry and criticism. Her collection, The Open (Cordite 2021), was longlisted for the Stella Prize, shortlisted for the Mary Gilmore Award, and highly commended in the Anne Elder Award. She is a Senior Research Associate at the University of Melbourne.


More by Lucy Van on Cordite Poetry Review →
Zoë Sadokierski is a Sydney-based designer and writer. She has designed more than 250 books for various Australian publishers, and is Vice President of the Australian Book Designers Association. Zoë lectures in the School of Design at the University of Technology, Sydney, where she runs the Page Screen research studio, experimenting with publication models for limited edition print and digital books. She also writes a column on book culture and reading in a digital age for The Conversation.

One Response to Introduction to Lucy Van’s The Open