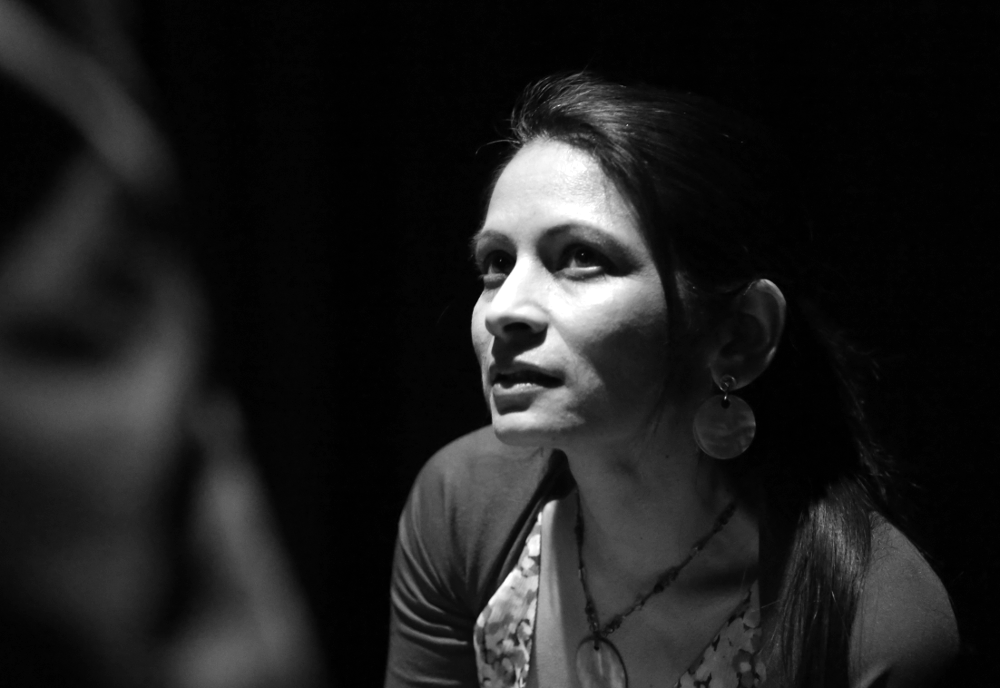 This wry poem by Pan Zijie addresses language and human bodies as mobilised subjects. An Australian-born Chinese poet, Zijie has written in relative obscurity since publishing his first book, Vostok. Reading his striking collection Beijing Spring, published in 2015 by Maninriver Press, I wonder why I am not familiar with his work. After some online enquiries I learn that Pan holds a master’s in creative writing from Macquarie University and that he completed a PhD on representations of Chinese masculinity in Australian literature. His first collection received positive imprimaturs from David Brooks, Marcelle Freiman and Michael Wilding but I could find not a single review. In my experience as an editor, this is unsurprising. It is frequently difficult to commission reviews of lesser-known or avant-garde CALD (culturally and linguistically diverse) poets. Researchers and critics are on the whole less invested or attuned to undertake these appraisals. Even a publication like Mascara Literary Review, which has enacted strategies to support diversity, is readily coopted into reviewing middlebrow poetry collections that enjoy the benefits of endorsement as well as favourable appraisal based on how established their authors are and how firmly they are placed within the national imaginary. This is understandable in times of crisis when poets need to secure their own interests. Peak organisations need to signal to the literary community that they recognise the special problems encountered by migrants and CALD writers, just as they have recognised the problems Aboriginal, regional and poets with a disability must navigate in an industry which relies heavily on ideological circulation as well as on voluntary, non-monetary trade. Without proactive measures there will always be complicity on the part of constituents to reify a prevailing narrative of white heteronormativity and to undervalue what is read as dialectic, anarchic or contingent.

An article about Pan’s work appeared in a foreign tabloid, the South China Morning Post. Remembering his Australian identity growing up as a teenager in Mosman, Pan recalled being vilified: ‘I found myself as a person of colour who theoretically shouldn’t have been here because there was a White Australia policy. Asians were basically kept out – but nevertheless I was here. So, it’s a feeling of, ‘Well, why am I here if I am not meant to be here?’ There was a bit of, yes, discomfort.’1.

It is interesting to conceptualise Australian poetry’s visibilities, its dynamics by applying theories of citizenship and biopolitics, given our very poor track record with refugees and migration and the recent High Court decision on the deportation of adult and child refugees. What does this have to do with poetry? Claudia Rankine’s award-winning hybrid, Citizen, An American Lyric challenges the lyric’s claim to be hermetically sealed, revealing how everyday language is bound to a living history of slavery and supremacy. Correspondingly, the Algerian French philosopher, Jacques Rancière points to intersections between aesthetics, egalitarianism and hierarchy:

‘Aristotle states that a citizen is someone who has a part in the act of governing and being governed. However, another form of distribution precedes this act of partaking in government: the distribution that determines those who have a part in the community of citizens.’2

Specifically and by analysis, Rancière gives discursive weight to ‘the part which has no part.’ Linked to population control, to cultural belonging, citizenship has become an instrument by which exclusions, inequalities, hierarchies, criminalisations and securitisations are produced. The intensification of border control measures across the globe and the lucrative detention industries have led to the abjection of immigrant bodies, the flow of political rhetoric on ‘illegal immigration’ has become part of our language. It is a language intrinsic to our everyday lives disseminating fears, hypostasising ideologies covertly defended by territorial élites and havens. Imogen Tyler argues that biopolitics fashions minority groups causing some to fail from the outset through conservative policies within national institutions. Using authority to structure subjectivity, these establishments determine the conditions of socio-cultural disqualification or entry.3 How can this relate to poetry?

Consider the way merit is assigned and how cultural capital is allocated in Australia. Administered by the Ministry for the Arts, The Prime Minister’s Literary Awards is a notable example of the legal, political and cultural intersections that mediate a racially-informed poetic imaginary. It is a precinct where shades of whiteness preside. Not a single Aboriginal poet has been shortlisted, nor have Aboriginal or CALD writers served in judging the prize, itself a rewarding enterprise. Hybrid poets of colour are problematic to classify within the supposed purity of social and racial norms. Yet we are always fragmented: our citizenship cannot fully account for or reconcile colonialism’s violent and unspeakable narratives. In Lacanian terms recuperated by Jamil Khader, we are ‘extimate’ subjects.4

This neologism applies the prefix from ‘exterieur’ to the Freudian word ‘intimité’ to suggest intersubjectivity. Extimacy inhabits a threshold, marked by plural identities, by contingency and liminality. We are insiders and outsiders to the exclusive halls demarcated within national culture by white heteronormativity. I lay my scarified, brown, Anglo-Indian skin on the line when I observe that less than a handful of fair-skinned CALD poets have been shortlisted in the Prime Minister’s Literary Awards (not to mention many other prizes).

Is it any more political or crude to point out these discrepancies and stigmatisations than it is to sanction them? Yet poets of colour are expected to swallow the contradictions of ‘colour blindness’, to assent to both the enduring fantasy of white superiority and its subsumed myths of impartiality in appraisals and legitimation. While most journals including Cordite Poetry Review, Australian Book Review, Westerly, Meanjin and Southerly are publishing individual poems by CALD poets, the reality is that very few emerging or mid-career CALD poets are now being published by small independent presses in Australia. With arts funding in crisis and global neoliberal capitalist discourses disseminating racist constructions that pervade our everyday lives through mainstream and social media in the likes of Andrew Bolt and Donald Trump, white heteronormativity is commanding dynamic to contest. Sandeep Parmar’s article ‘Not a British Subject’ which appeared in the Los Angeles Review of Books alludes to the disciplining gestures which are all too familiar to migrant Australian poets: ‘Mechanisms in place systematically reward poets of colour who conform to particular modes of self-foreignizing, leaving the white voice of mainstream and avant-garde poetries in the United Kingdom intact and untroubled by the difficult responsibilities attached to both racism and nationalism.’5

Parmar is right to infer that the strategies for intercepting the national narrative are fraught. They are likely to be misread as a reinforcement of the dynamics that create hierarchies. Paul Gilroy and Ghassan Hage have critiqued the dangers of ‘ethnic absolutism’ which can be polemical and rigid. In stark contrast to the invisibility of whiteness, the cultural markers of difference are always excessive. But given its power and its universality, how is whiteness invisible? This is an intriguing question that I think we all need to consider and which, as an Australian writer of colour, I am still questioning. Whiteness disguises its contradictions, whereas the ambivalent positioning of migrants in relation to the colonial / Indigenous binary continually modifies what we can be spoken and through which medium. Alternative political formations or temporalities in the Badiouan sense can, however, mobilise nationality and citizenship though more positive conceptual frameworks. The abjectification of migrant bodies flows into our cultural vocabulary enabling gatekeepers to manage them, to organise them hierarchically and to brand those considered undesirable. Idiosyncratically, abjection can be profitable. Supply and demand, the protean aspect of capital and the nomadic cultivation of struggle may explain the ecologies of slam poetry. Hachette is about to publish Maxine Beneba Clarke’s Carrying the World and Penguin Australia has re-published an edition of Omar Musa’s Parang. These are coups for mainstream diversity, yet on the other hand several mid-career poets like Kim Cheng Boey, Ouyang Yu, Sudesh Mishra and Ivy Alvarez have opted to link themselves to transnational frameworks. Seren Press in Wales published Alvarez’s Disturbance, dancing girl press in Chicago published her chapbook Hollywood Starlet, while Sudesh Mishra’s latest collection The Lives of Coathangers is recently out with Otago University Press. It is important that from the domestic perspective Australian poetics can remain critically receptive to transnational publications such as these.

Pages: 1 2 3 4
This entry was posted in ESSAYS and tagged Jamil Khader, Kavita Bhanot, Maria Tumarkin, Michelle Cahill, Pan Zijie, Paul Kane, Sandeep Parmar, Slavoj Žižek. Bookmark the permalink.
Michelle Cahill writes fiction and poetry. Her debut novel Daisy and Woolf is published by Hachette and will be released in the UK later this year. Letter to Pessoa was awarded the UTS Glenda Adams Award and was shortlisted in the 2017 Queensland Literary Awards. Her prizes include the Red Room Poetry Fellowship in 2020 and the Helen Ann Bell Bequest shortlist for The Herring Lass (Arc) and for Dark.

One Response to Extimate Subjects and Abject Bodies in Australian Poetry