I lived in the Queensland city of Toowoomba as a young girl. Decades later I was intrigued to read that Raymond Roussel had been encouraged to visit, or may even have visited the city. Michel Butor’s memorial note to him in Letters from the Antipodes concerns ‘the only wholly rotating camera obscura in the world’ at Picnic Point. Picnic Point Lookout is high up on the crest of the Great Dividing Range where the panoramic binoculars afford scenic views over Main Range and Lockyer Valley (I briefly reimagined Roussel’s visit to Toowoomba in an autobiographical poem called ‘Bub’ in my collection 50-50 in 1997). Raymond Roussel visited Australia in the early 1920s and, as a gourmand, he was impressed by kangaroo soup and the oysters in Melbourne. I have no idea whether he visited Toowoomba or, if he did, what he might have made of the local cuisine.

Butor talks about the double ‘o’s in Australian place names, like Toowoomba, as having been received from Indigenous languages, and compares this usage with early Saxon words. The double ‘o’s appear throughout the book as separators – (o o) – in the running titles. 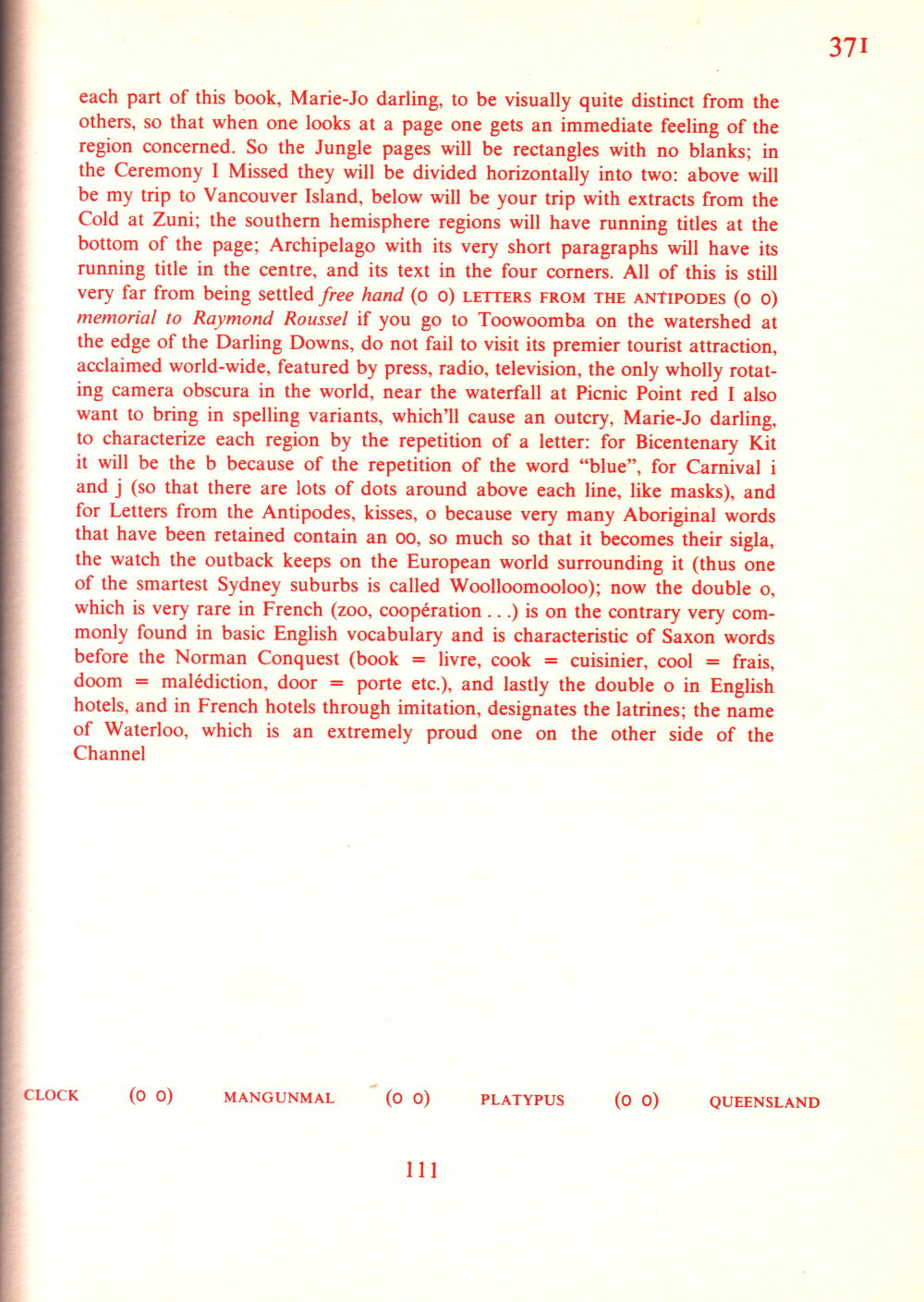 Formally, Letters from the Antipodes, within the larger work Boomerang, consists of twenty-four blocks of text between four to seven pages and is 144 pages long. The UQP edition is faithful to the structure. Butor’s concept of the book-as-object follows Stéphane Mallarmé’s notion, over half a century earlier, of the book as a material object. There are graphs (accompanied by an index of textual strands) reproduced in the afterword to Letters from the Antipodes that design a rigid serial framework for Boomerang, but within the framework the reader is able to scroll or to browse fluidly and open the text up to a thematic encounter at any chosen point. 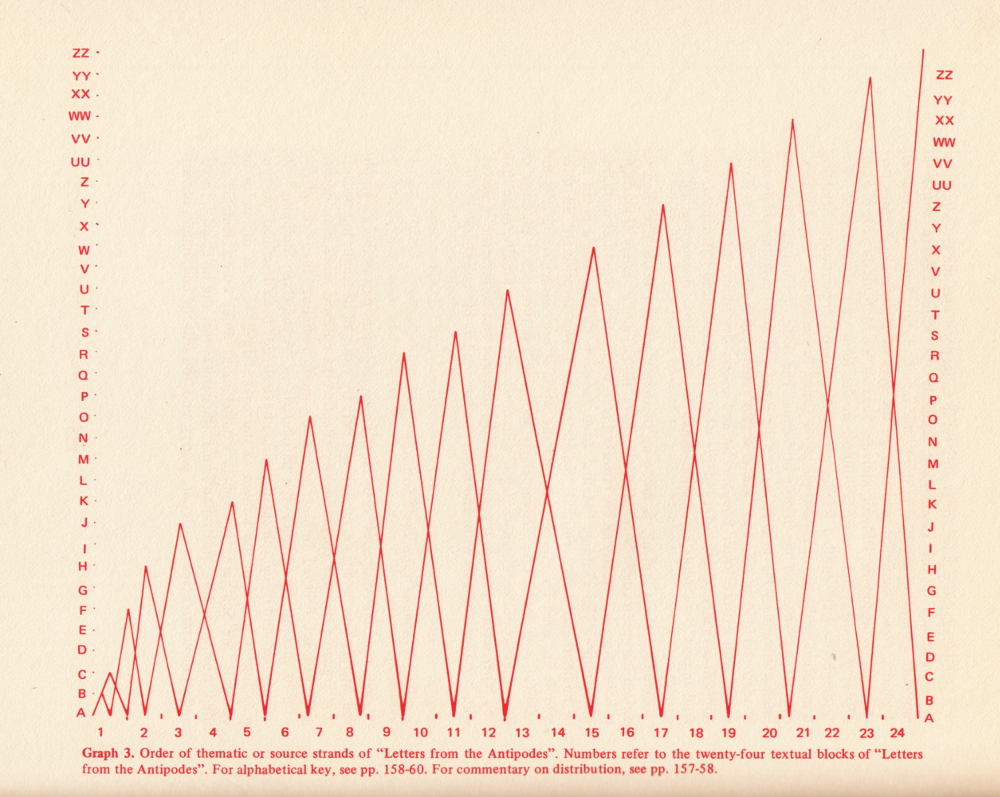 Michel Butor was a brilliant and dedicated experimenter. His mixtures of appropriated and rewritten content via dreams, quotation, misquotation, travel, art, novels, typography, colour, notes, repetition, signs, myth, indigenous story and myriad sources take the reader into a kind of text-within-text open and boundless mobile scope that, even now, thirty-eight years since the original publication of Boomerang and Courrier des Antipodes, totally suit the internet era.

Pages: 1 2
This entry was posted in ESSAYS and tagged Michael Spencer, Michel Butor, Pam Brown, Raymond Roussel. Bookmark the permalink.
Pam Brown is a Sydney poet living on unceded Gadigal land. Her most recent book of poems is click here for what we do (Vagabond Press, 2018).