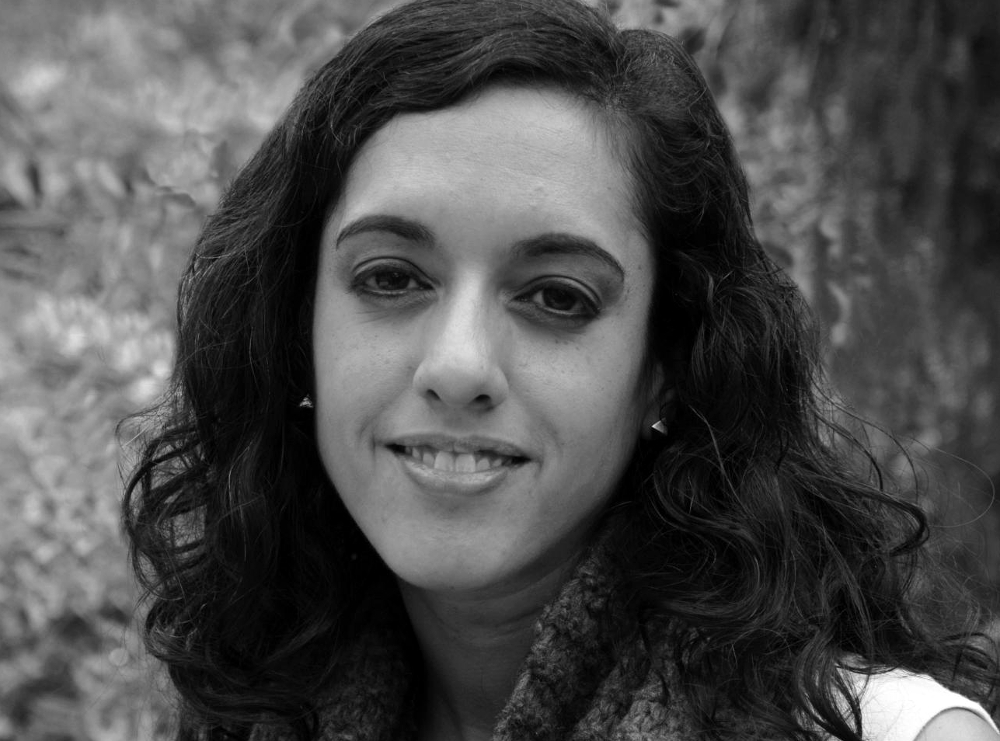 No one in the class could say exactly. Writing that rhymes? A descriptive passage that seems to talk about one thing while actually meaning something completely different? A very very very short story that uses a lot of similes? The late Don Summerhayes, my first poetry workshop instructor at York University, had asked us to explain what poetry is. Even our expectation that a poem would use words, whole words and only words, was tenuous. When we had exhausted ourselves hunting for one phrase that could encompass all forms of what we recognised as poetry, he cheekily suggested that the only rule we could follow was that if its lines don’t reach the right-hand margin, it’s poetry. Of course, there is a lot of poetry that breaks that rule, too. And a rule that helps us know a poem when we see it isn’t the same as knowing what a poem is before setting out to create one. It’s a slippery, arbitrary and evocative business, this business of deciding that a thing is a poem.

Don’t we need a solid definition of a poem to begin to judge good poems from bad? Without one, how do we attempt this project of Best Canadian Poetry in English, choosing fifty poems first published in Canada in a given year that we might call the ‘best’? There is a kind of discernment, a kind of crowning judgment, implied in the word ‘best.’ But Best Canadian Poetry in English is not a beauty contest. On what then, is our discernment based if not on firm ideas about what poetry, or poetic beauty, is or is not, from which we might begin to assess a given poem’s merits?

The kind of curation I want to practise, here and elsewhere, is less about holding new work up against a set of performance indicators and measurement, but more about being able to recognise and celebrate the way new work takes up values indicated by the genre’s conventions. Genre is the frame that allows us to talk about writing without simply saying ‘It’s all poetry! Ergo, it’s all wonderful!’ When an author writes something and calls it fiction, for instance, she immediately invites the reader to see her work as an example of the fiction genre, as part of a long tradition of storytelling with a history of changing storytelling values. Suspensefulness, verisimilitude, plausibility, complexity of character and meaningfulness of conflict are all dimensions readers have valued, to varying degrees, in fictional narratives. Similarly, calling a thing a poem invites us to read it in the context of the genre and of contemporary poetic value. Calling a work a poem, then, guarantees nothing about its form, suggests little about any rules of execution it might follow, but rather such a declaration invites us to appreciate the writing for doing, or consciously challenging, things that poetry has traditionally done well. We can appreciate a poem’s foregrounding the sonority of language, for example; its striking associative movement, from image to image, that compels as much or more than its narrative movement. We might value a poem’s virtuosity of metaphor or, as Summerhayes did by emphasising the line break, we can appreciate how a poet activates the two-dimensional white space of the page.

By learning the poetic values of their community, readers can begin to judge not only if they appreciate the values of a given poet’s work, but gauge if, in fact, whether that work asserts any clear value at all. In this way they can know whether a poet succeeds on her own terms. A narrative poem that seems to aim for an epiphanic climax, for example, can succeed or fail, but it does so on different terms than the poem that aims chiefly to delight in the materiality of its print or sound medium, or the poem that explores the relationship of language to human intelligence and imagination by patterning text generated by computer algorithms. Exercising literary judgment, then, is not exactly about saying whether a poem is empirically ‘better’ than another, but is about deciding which poems have succeeded in at least doing what the poet set out to have them do. Often poems do even more. Deciding which poems are ‘best’ is about getting a feel for the poems that have succeeded spectacularly at their own game, especially those that are doing more than anticipated, triggering a strange intensity of readerly response and exceeding, perhaps, even their own author’s conscious intentions.

The job of selecting this year’s Best Canadian Poetry in English necessarily required me to bring my own values to the task. This work, happily, has been an exercise in questioning and expanding, as well as affirming and asserting, these values. In her wise, warm poem ‘My Education As A Poet,’ Sharon Thesen remembers lived moments in her youth that spurred her to think like a poet. In so doing she offers the reader a number of definitions of poetry that are her definitions, definitions inseparable from declarations of what she loves. Because I share so many values with Thesen when it comes to what I love about poetry, I will shamelessly steal her language here to help catalogue some of the principles that helped guide me in selecting the ‘best’.

Thesen’s autobiographical, narrative poem ultimately asserts that any life, any growing-up in any place, is full of moments of poetry. Her education has been to learn to recognise them. Italics appear occasionally within the roman text of her plain-speaking style, like waves of energy or intensity that pulse through her homey story. The italics visually suggest moments where the speaker’s experience of sound, language, emotion and perception converged, or perhaps burst, into a heightened awareness, before settling back into the flow of everyday family life. A simple ‘hushabye, lullabye,’ is one of the first such moments in Thesen’s poem, suggesting that the early pleasures of repetition and cadence, of the musicality of language, form the foundational awareness of the poet. All the poems that I have chosen for the anthology – except perhaps those that go mainly for a visual, silent effect – have their own sense of musicality; some subtle and listening for the rise and fall of vernaculars; others so deliberate they risk a nursery-rhyme simplicity.

Another phrase Thesen italicises is ‘good lickins,’ which to her young ears must have sounded finger-lickin’ good, but in fact refers to licks inflicted with a wooden spoon or a belt. Later, musing on memories of inebriated parents calling their unlicensed daughter to drive them home so they wouldn’t be ‘tight’ behind the wheel, Thesen writes: ‘This was poetry: terms like getting tight.’ Loving such expressions – good lickins, getting tight – the turns of phrase that communities use to make English their own, speaks to valuing both the wit of double meanings and punning, and to valuing that figurative spirit that takes our language beyond literalism.

Thesen then gives italics to an anecdote her speaker’s mother tells: ‘he was so in love with her / … she’d barely have the cigarette / out of the package before he’d be over there with the light,’ then comments: ‘Poetry: a bright flame.’ In this definition, I see poetry figured as a point of light in darkness, with the power to illuminate its surroundings and to draw and focus a wandering attention. I also see Thesen’s bright flame as a stand-in for any of the vivid, immediately apprehensible images that poetry sets ablaze in the reader’s imagination. Poetry – indeed all imaginative writing – speaks in images. With the few exceptions of poems that are deliberately working against the grain, all the work I have selected uses sensual imagery to focus the reader and to ‘figure’ the objects of the poet’s attention. Many of the poems did so by virtue of the images they left lingering in my attention. These poems engendered clear sensual experiences upon first reading, and when the stacks and stacks of poems began to blur together in my memory into an undifferentiated flow of careful cadence, their images returned to me, distinct and ringing.

‘Poetry: timing, a little smile …’ writes Thesen, of a father who studied Bob Hope’s joke-telling technique. Sometimes the pleasure of poetry comes down to that, something that is all about the performance, the cadence, the little pause; something ineffable that is often called ‘voice,’ an intangible something that is somewhat killed in the analytic dissection of it. There is a cautious, or practised, quality to a lot of poetry out there, a tone that often comes by necessarily choosing one’s words so carefully, so it is always a delight to find work that is made with care but that experiments with sassiness, indelicacy, or running against the grain of ‘acceptable’ voice.

Pages: 1 2 3
This entry was posted in ESSAYS and tagged David O’Meara, Don Summerhayes, Jenny Haysom, Shane Rhodes, Sharon Thesen, Sonnet L’Abbe, Zoe Whittall. Bookmark the permalink.
Sonnet L’Abbé, Ph.D. is the author of two collections of poetry, A Strange Relief and Killarnoe, both published by McClelland and Stewart. She was the 2017StartsNow! Artist-in-Motion in 2013 and is the 2014 guest editor of Best Canadian Poetry. She is now at work on Sentient Mental Flower Book and Sonnet's Shakespeare, her third and fourth collections of poems, and on a book about the plant-mind metaphors in the work of American poet Ronald Johnson. L’Abbé has reviewed fiction and poetry for the Globe and Mail, and has taught writing at the University of Toronto School of Continuing Studies and at the University of British Columbia. She will be the 2015 Edna Staebler Writer-In-Residence at Wilfrid Laurier University.