Hidden Signs of a City

How does one read a city? More specifically, how does a poet decode, and in turn re/present, the language of a man-made space? In Australia (and other 'New World' constructs) much poetry has been devoted to the natural world; but what can be said of the 'Old World' sense of text, where emblematic architecture, historical sites and other symptoms of civilisation signify as much as gum trees, fauna and billabongs do in Australia?

Few other cities in the world can claim to possess a complex, multi-layered palimpsest of cultural and linguistic signifiers on par with that of Istanbul. Built by a Roman emperor prior to becoming the centre of Eastern Christianity, the city more or less survived sieges and occupations by Muslim Arabs and Catholic Europeans before finally falling to the Ottoman Turks and being given its current name. With the collapse of the Ottoman Empire the city was deprived of its political function (with Ankara chosen as the Capital of the Republic of Turkey) and it became a tourist hub, which it remains to date.

But this summary of the city's biography is grossly insufficient, and, worse still, far too official. It's concerned with founders, conquerors and reformers – with 'reality', if you like – and not with the Real. What has been suppressed beneath the rigid façade of a public narrative? What are the instincts and volitions hidden by the historiography of progression? What, in short, are the city's hidden messages? 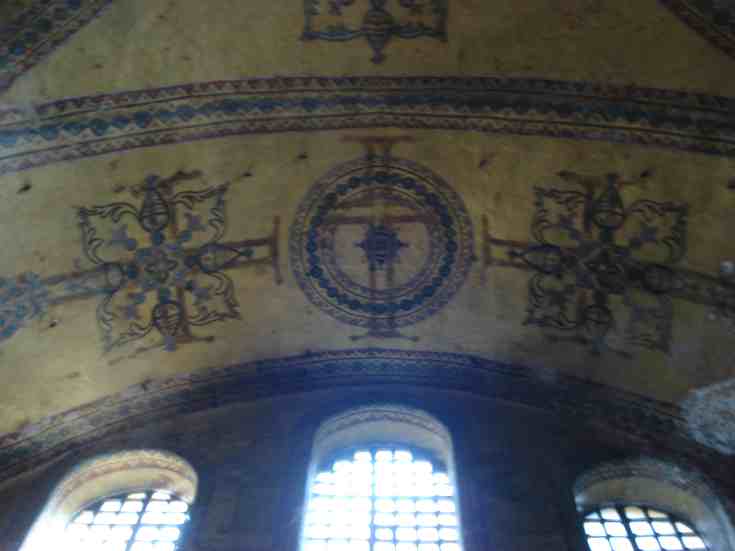 It is this unofficial, intentionally or otherwise bowdlerised language that attracts the poet. The 'facts' are well known and banal; and the hidden and the submerged demand articulation and emergence in poetry. Consider, for example, this example of a secret sign: in Istanbul's Hagia Sophia (Christendom's largest church prior to Muslim Turks' usurpation, then a mosque, and now a national museum under the rule of post-Ottoman secularists), ignored by the throngs of tourists gawking at the garish dome and the remains of Byzantine mosaics, dark red crosses appear through the flaking surface on the ceiling of an arched crevice.

What do these crosses mean? It's easy enough to define them: having survived the hasty iconoclasm of the Muslim invaders, the sacred signs of the building's Christian originators have, over the centuries, remerged through the quasi-Persian floral patterns painted over by Turkish decorators. These crosses are, in short, a testimony to the church-mosque-museum's original Christian identity. But what do these resurgent signs communicate? What do they tell a reader/poet who seeks not this city's archaeological 'truth' but its aura, secrets and textual authenticity?

Questions like these concern me when I visit a new city. Tourists have their monuments and souvenirs; and historians debate the order of things and their place in the grand narratives. But for me, it is the marginal, suppressed and easily ignored details that inspire curiosity and poetry.

This entry was posted in ESSAYS and tagged Ali Alizadeh, secret cities. Bookmark the permalink.
Ali Alizadeh's new book is Marx and Art and his next collection of poetry (Towards the End) will be published in 2020. He's a Senior Lecturer at Monash University.