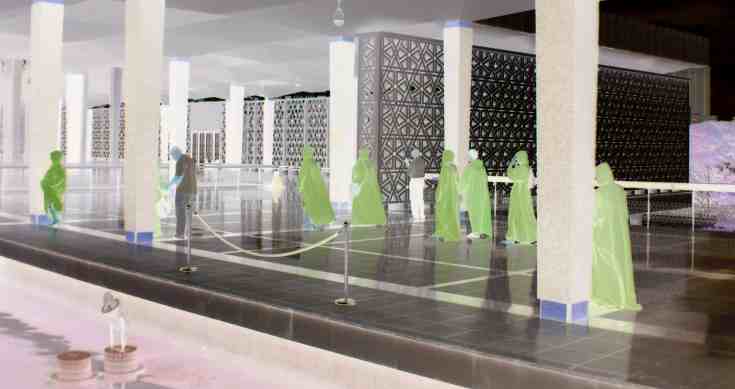 On place and the page.

A city had never the dimensions of a page; or, if it did, there was no need for the writing of it. Writing is a way in which a city of instances becomes an event. Instances disclose themselves patiently; the intention to account for these translates them into events. The inhabitant, who may or who may not be transitory, writes, and the page opens onto a secret space where instances arrange themselves into constellations: something here can at last and literally take place.

But what part of the city is caught in the page, who decides? Place asks to be fixed, but to what substance? Inevitably, to another place: specifically, to the page. But the page resembles the city in not the slightest way. There is a double movement here, a double-edged deferment: writing invokes a place; a new place is created for the invoked. The page accommodates the angular city, but where is the page's original space then – what is the page's matter?

The foreign city's idiom is nowhere to be found in the traveller-writer's vocabulary; it collides with the assumptions of her language. The litany of sounds she can produce is unprepared for the novel instance; could never be the equivalent of the noise of the new city. This is, in the first place, the linguistic counterpart to the imagistic problem of memory. The memory is paltry, it does what it can. It is ontologically related to the page, which undertakes to fit between its borders somehow a swarm of human traffic, the anticipation of summer, a muggy high-rise at sundown.

And so, again, the city finds itself doubly suspended, since the traveller writes in language, and a language she knows by memory. She asserts herself, even when inscribing herself into the new landscape through the writing of its instances, as permeated by a place apart, as belonging to other memories.

Perhaps taking up a foreign-language speaking city was always the writer's attempt to witness the sound of language; to see it mean before one has the means to articulate or understand it. To withdraw from that responsibility. Our traveller-writer will likely soon attempt to speak in the language of the foreign city, and will no doubt see her words derailed, dis-tracted. Her language will weave in and out of sense and leave loop holes that test the generosity of its audience.

Automated machine translation is maligned as antithetic, capable of only vulgar approximation. This is not untrue. But the way meaning lies beyond the control of the traveller in such cities might best be phrased in the terms of these fallacious mechanisms. Translated in and out of various languages, words finally surface there wearing the idiom of others, their meanings at last as foreign as the city.

The written city, thus, is a recomposition in a reconditioned language. The page has animated a series of deferments; has held the city in perpetual abeyance, and routinely tempted despair. Clearly, something other than the city is re-membered on the page. So, at last, what kind of organism is this page that confronts the traveller-writer?

Perhaps the space the city occupies was always bound to become the endlessly unfolding construction it is. Certainly its pre-urban geography informed the character of the city as it grew. And the page, similarly, may not be merely a negative space, but rather an articulation of pure potentiality that inscribes itself into the text that plays on its surface. The page makes possible the passages of text it yields to, and at the same time plants with slippery possibilities the language that peoples its spaces. The page's substance (kin to the substance of memory) is the ground upon which, and with which, sentences build. The page, therefore (like memory), is never lost under the vagaries of language, but instead is transmuted into a secret city of words.

These particular pages comprise seven secret cities. On behalf of their traveller-writers you're invited to run their corridors and dwell in their texty rooms and, in doing so, to provoke a textual-urban sprawl: a dialogue with cities of instances that extends beyond its tenure on the page.

This entry was posted in ESSAYS and tagged secret cities. Bookmark the permalink.
Kay Are writes poetry, draws, collages, sometimes translates unfaithfully, and maintains an intense walking practice with her seven-year-old in exurban Naarm Melbourne. Recent work can be found at Stilts, TEXT, Seizure, Axon, Cordite and Double Dialogues.


More by Kay Are on Cordite Poetry Review →