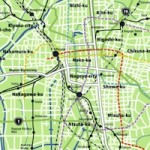 Dating and other unlikely incidents fed the poems I wrote in Nagoya, Japan, in December 2007 till February 2008 (where I had an Asialink residency).

I was bored with my iPod, and lacked the technology to load it with the Japanese CDs I was buying or trading books for. So I replaced the songs with ones from fellow resident Sarah Holland-Batt's laptop (Feds please note this is fiction): including 'touch & go' by The Cars. Nice ambivalent title, and it reminded me of Mary O'Hara's My Friend Flicka: Flicka has a filly called that.

The opening lines of the poem:

I don't think I was approached the whole time I was in Japan, apart from this one day in Nagoya when two women did so. The first was quite young; she saw me 'reading' a manga (I read the pictures) and asked me about my interest in manga. She was writing something for her studies about the differences between Japanese and Western culture. I showed her my own comic book BREAK ME OUCH and we sat down at the caf?¬© for something like an interview. Later in the poem I wrote:

yesterday approached on the train,

they noticed my comic. Views of international

how do you read –

This was in Sakae, the central shopping district of Nagoya, and the location of Maruzen, a bookshop that has an English language floor. It was there that I was approached by a newspaper photographer who quizzed me on Haruki Murakami. His latest book was a bestseller in New York, and she had been commissioned by her editor to get a photo of a white person looking at Murakami as if they were in New York. So I posed, but don't know if the photo appeared. Weeks later in Kyoto I met a writer who told of seeing Murakami put down Soseki Natsume as 'not a novelist'.

Almost a catchphrase, it was a recognisable place to meet people. As a title for a poem it meant being able to write about my interaction with several different people. I'm still a bit self-conscious about the recognisable content in the poem; Frank O'Hara's solution of writing about people by name doesn't suit my style.

Don't think about his mouth, his Goodbye noises, his,

Emails missing or present in your inbox.

Nothing you Can think Of or to betray.

rupert isn't japanese, black, cravat but not your hair or eyes.

this time you know him

but hate getting lost

Maybe a word i know. But the mountains are covered-in,

from the page like a stick &s gone, it was a vision, white

Going by bus to Kyoto on Christmas Day, past forests and very occasional birds, I wrote this poem punning on word and bird. Man, woman and sugar were the only kanji I recognised: man and woman for toilets and baths; sugar, in a largely vain attempt to find less sweet cereal. (Later I learned to recognise open and close doors from lift buttons.)

a word in the river.

Or the sky: hawk 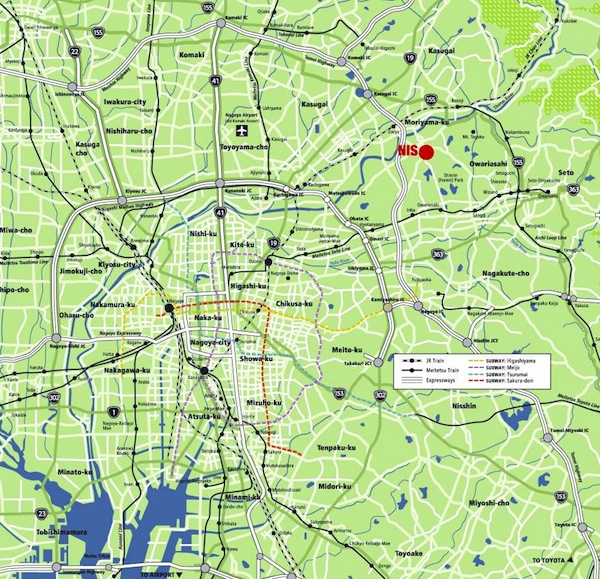 Map of the city of Nagoya, Japan.

When I ate out with someone Japanese, in this case the poet and translator Keiji Minato, I asked them to translate the menu rather than the usual point-at-the-picture option. Rather than have them translate every dish I'd find out what categories there were first. 'fried things' was one. I'm not sure now how it occurred to me to add 'society' to the poem's title but something about the lack of custom outside the lunch rush.

A kombu smile on a burger head.

They crowd back suddenly, they imitate crows dodos,

one picks up Something like a bestseller. American classic fried sinatra & grace kelly

I had no plan to write poems about Japan, just let the references come in as (un)naturally as possible. Motoyama was the suburb I stayed in; I often stay in Surry Hills in Sydney. 'russian prison' refers to two different dates who told me, when I asked about WWII, that their grandfathers had been in prison in Moscow, and both survived. My own grandfather was in New Guinea and souvenired a Japanese flying jacket that I used to wear when we went spotlighting.

Sexy & your friends celebrities its better than russian

prison or hunting a gun & jacket through new guinea.

congrats they punch while the second son gets

bumped down a navy singlet betrays a perfect structure

(a fish & soup diet prevent you

from becoming stocky or even forty)

In Cafe Jaaja in Kakuozan, Nagoya, a man told me about the birth of his first grandchild who was now his 'second happiness', his eldest son (the child's father) being his 'first happiness'. Like an heir to a throne, the second son got bumped.

#6 muzak to view the city with

I heard a lot of muzak in Japan and, as I was there at Christmas time, a lot of Christmas muzak. It got a bit hard to take. Not just in shops but at the gym, and in the poem, in the Higashiyama tower in the grounds of Higashiyama zoo, in Nagoya. That the songs that had been muzaked were often quite easy listening originals made them even more irksome. Like Wings' 'My Love' or Starland Vocal Band's 'Afternoon Delight'. There's something a bit too much about being in a non-English speaking country on a date with someone from a non-English speaking culture and hearing a muzaked version of a song about sex in the afternoon that is from your childhood, but before the birth of your date.

If i hold my pseudo baby tight i participate

in muzak & remember when

My love, has so much in him he tastes

For going too far,

Being reckless in making friends

The cloud reference is not about how high the tower was (very) but to Junichiro Tanizaki's writings on Japanese aesthetics, especially in In Praise of Shadows, but also in his novel The Key. Tanizaki writes of Japanese skin as white, but a cloudy white that distinguishes it from the white of Europeans. The bear did seem quite agitated. The zoo resurfaced in another poem,

An elephants dancing leg, lion statue chained to a wall,

some notes i take with my camera

is a mistake, similarly avoid the familiar cafes the zoo denies,

the affinity i claimed i had with snow leopards,

Those macaws couldnt have met each other elsewhere

The elephant had a chain on its leg: its 'dance' consisted of repeated pulling away from the wall, keeping its unchained feet on the ground.

This entry was posted in POETRY and tagged asialink, japan, michael farrell, Nagoya, secret cities. Bookmark the permalink.
Michael Farrell's I Love Poetry and A Lyrebird: Selected Poems are both out this year (2017): from Giramondo and Blazevox, respectively. His scholarly book, Writing Australian Unsettlement: Modes of Poetic Invention 1796-1945, was published by Palgrave Macmillan.