The 2018 Event Horizon of Micro Press Poetry Publishing in Australia 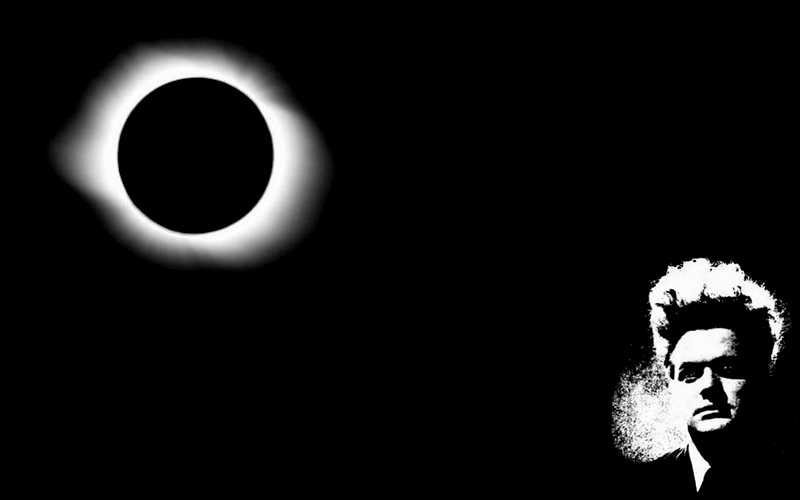 An abridged version of this report,‘They will oxidise before you even finish reading’, first appeared in Overland 227. It is reproduced here with kind permission from the editor. It is an ur-follow-up to ‘Australian Print Poetry and the Small Press: Who’s Doing the Books?’ published in this journal in 2012.

I begin with cosmic censorship conjecture, a formally observed tête-à-tête that coils between astrophysicists whenever they get worked up over space and matter. Einstein’s theory of general relativity predicts that matter can cataclysmically implode to a state where a given density and the space-time curvature split towards infinite values. This is referred to as a singularity, and is, for our purposes, a distillation of how a black hole forms. If our sun were compressed to have a radius of 3 km, instead of its roomier 695,700 km, yet sporting the same oomph, then here we’d be. Extending out from a black hole’s near-unfathomably dense centre and extraordinary gravity is a finite volume of space that ends in an event horizon: a demarcation – a line in the cosmic sands – from which nothing inside can escape: rock, metal, Judas Priest, photons, alliteration, and so on. The closer that matter gets to a singularity, the more the laws of physics (as humans have defined them) fail, no longer compute, or completely dissipate. It has been proposed that a grip of physical governance must be afoot, defining how much this volume is and why it’s there at all. Hence … the conjecture.

Now, to superimpose my rudimentary take on astrophysics onto the heavens of Australian poetry, there have been a number of singularities – literary black holes, far from vacuous, and dense with the churning storms of career prestige and literary recognition – of late: John Kinsella’s The turnrow Anthology of Contemporary Australian Poetry; the Langford, Beveridge, Johnson and Musgrave firm’s Contemporary Australian Poetry; John Leonard’s The Puncher and Wattmann Anthology of Australian Poetry; Tracy Ryan and John Kinsella’s The Fremantle Press Anthology of Western Australian Poetry; annual tractor beams of Best Australian Poetry; the perplexingly unsung Contemporary Australian Feminist Poetry, edited by Bonny Cassidy and Jessica Wilkinson; and Cordite Publishing Inc.’s own 20 Poets. These are the tomes that Australia’s trade market masses will assume as benchmarks. No set of publishing laws govern them. Their commonality is that they are zeitgeist end zones – even if some of these publications suffer from hyperopia or are plainly myopic, their recent creation still necessitated creators to reverse engineer who were the special young poets in 1993, what was best-of in 2007, who was Wheat Belt – worthy and, ostensibly, why – that attempt to plot the wending trajectory of our national poetic at qualified intervals. They are the literary apotheoses – tumbling batteries of black holes and resultant event horizons – proffered by small press publishers. These anthologies have one lever of (literary) physics that matter does not: editors. Yes, this is an important variable. Yet, blithely, I set aside this distinction henceforth. To keep things simpler, I aggregate these anthologies into one meta-singularity, a cluster of literary black holes, for a primary reference point. Make no mistake, the gravity of these anthologies is required and important. How does their power pull on creative intention and professional function? Where does that begin, and in what format?

It is from this point that I will attempt to calculate what and where Australian poetry’s 2018 event horizon is / will be: two markers in the firmament of our language, and what is going on near the more diffuse end. To do so, I will chart a sample of micro-publishing activities, occurring now, and with elements representative of what could have coordinates inside or beyond my proposed event horizon. This delineation is one I mark where the trajectory of a careerist path in literature, its relative expanding audience and, most importantly, the types of publications the work is travelling on, irresistibly gravitate toward the singularity. Alternatively, this exploration identifies a few instances where these physics have a more tenuous hold, if any at all.

We must also abate the charley horse of panic in regards to who is appearing where and in what publisher’s singularities and for how many pages – this detail will fully compute to a publisher / editor only, no matter what their coordinates. I will mention author names, but will make no judgements on the quality of writing being produced. The distance between the event horizon and the singularity – hypocenter of the generative black hole – is absolutely not a representative scale of literary quality. It is my proposed calibration of a literary work’s big bang moment and subsequent potential – not unfettered from a writer’s (or writers’) peers’ expectations of that work – for its ‘mass’, warranted or purported, to increase from accolades bestowed upon it, transmogrifying it from writing identified simply as a creative act into a national literature-defining touchstone. Regarding pages, I want to further constrain my focus to stand alone, offline capable, typeset publications, whether they eventuate on paper or in portable document format. Once I cut into and explore the ensuing projects, they will oxidise before you even finish reading this. That’s what makes micro-press publishing, specifically of poetry, exciting.

Lightening up and moving on, then, to Canberra: here we have the burgeoning presence of the International Poetry Studies Institute (IPSI), keeper of Axon: Creative Explorations. It’s the brainchild of Jenn Webb and Paul Hetherington, with UK poet Paul Munden, a Postdoctoral Research Fellow there at University of Canberra in a directorial role. It offers disclaimers such as, ‘IPSI is a scholarly and non-commercial institute of poetry and research into poetry under the auspices of the University of Canberra. Use of the acronym IPSI does not imply any connection with or endorsement by products, services or organisations that use the same acronym.’ This obfuscates an organisational chain of command, ensures that university machinations grind in there, somewhere, both leaving a reader flummoxed. Perhaps this is simply to avoid association with the International Peace & Security Institute, Independent Packing Services, Inc. or the International Partnership for the Satoyama Initiative. But it is clear that this triumvirate has been up to a great deal of welcome barnstorming through Australian poetics through this facility, and, outwardly, they appear to enjoy a comparatively generous budget to do so.

The association between IPSI and Canberra-based Recent Work Press is also a little murky, and whether this small press enjoys the connections of IPSI’s programming nous by proximity or not. I pose this question here as this is the only example I’ll explore where the gravity of a university looms large. Recent Work Press is a poetry-focused outfit with a publisher, the indefatigable Shane Strange, committed to pushing Canberra and its stock of poets to our literary fore. It began with, and continues to produce, a line of well-made, sharp-looking chapbooks that roam effortlessly between prominent international writers – Simon Armitage, Tusiata Avia – and selected Australian writers who call ACT home such as Niloofar Fanaiyan. Where the chapbook series eschews ACT, a newer line of full-length collections takes care of its regional own: Subhash Jaireth and Owen Bullock, as examples.

Further, a new line of artist poetry books was announced in May 2017. This is a collaborative effort with a hand-letterpress outfit named Ampersand Duck, aka Caren Florance, who is also responsible for the rather fetching haircut of the aforementioned chapbook series. Florance’s considerable talents, interests and projects place her in-step with Alan Loney’s Electio Editions in Melbourne and Angela Gardner’s deliberately lower-cased light-trap press. There in Canberra, from the primordial bath of ‘local community’ and more recent arrivals, a unique mix of talent has converged to jump-start an active poetry publishing scene, and the joie de vivre of it all keeps the current goings-on parked closer to our event horizon than what a singularity portends. That may come and, with no truck against ambition, I get a stronger sense of a regional literary scene – moored in ACT yet wise to the world – absolutely going off. Here, for now, the right poetry champions and dedicated producers have coincided to foster this fecund bastion. This is not unique to Canberra, but it is having its moment, and I hope it remains.