Review Short: Andrew Burke’s One Hour Seeds Another and Nicola Bowery’s married to this ground 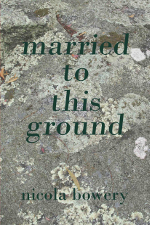 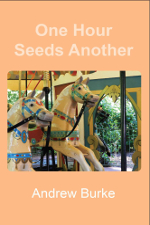 One Hour Seeds Another by Andrew Burke
Walleah Press, 2014

married to this ground by Nicola Bowery
Walleah Press, 2014

Addressing the quotidian in writing is an ongoing practice for many poets. Andrew Burke’s One Hour Seeds Another and Nicola Bowery’s married to this ground approach this preoccupation with a robust commitment and urge to render it lucidly, but each is in conversation with different lineages. Burke’s cycle is cross-fertilised with jazz and folk music, with Hindu and Buddhist references, with playful abstraction, but it is the intentional elegiac timbre in this collection that lingers in the reader’s mind. Bowery’s collection, on the other hand, unfolds on a specific piece of land, and despite a number of poems reaching into the past, mostly the work seems a labour of articulating the present and ‘presentness’, as a question, to clarify personal histories and to prepare an attitude to what lies ahead.

I think it’s not unfair to say that neither collection is virtuosic, eschewing the latter in favour of the surprises and fun of experimentation (Burke) and the serendipities of candid utterance and observation (Bowery). In the presumably travel-derived, ‘4 Haiku [china]’ (p.35), Burke is at his most distilled: ‘freshman’s dorm / frost on each window / tissues on the floor’. The minimalism of the tissues and their metonymic thrust (if you’ll excuse the pun) do solid work. The light internal rhyme holds the reader in the snug space of the dorm, which we somehow feel as warm enough, and the economy of the form delivers, and satisfies. Bowery achieves something comparable, but differently, in the final poem in her collection ‘Zen Retreat’ (p. 87) (a perilous topic, if ever there was one!): ‘How startling this woman’s hennaed hair, perhaps her head is burning, / Sometimes a fart escapes and it has no owner – / this is all flesh.’ These lines lean closer to a conversational nimbleness, which, when captured in fluid lines, make the verse thick, tangible, and, again, satisfying. (I think crisper editing could have been done on much of Bowery’s collection and this is something for Walleah to consider).

Sometimes Burke veers towards the too-casual, in tones suitable for a coterie, but which translate less well to a wider audience. Most refreshing, however, were the several long prose poems that flirted with pantoum-like repetitions: ‘From the Centre Out’ (p. 42) and ‘Two Dead Matches (p. 67). Rather than reinforcing meaning, the repetitions in Burke’s extended performance of poised ventriloquy serve to unsettle confidence in the things claimed, assumed and insisted upon in intimate and domestic contexts: ‘I’m upstairs now with the turntable and they are downstairs with their family stories. It felt very strange putting the needle down … Jimmy, our host, insists that he is not partially deaf—’ (p.42).

Bowery’s collection also employs ventriloquy. The narrative voice of the married cycle performs a kind of extended rumination on relationship and gender. The collection’s title betrays the content’s interest in the heteronormative structure par excellence, in this case a relationship confined (for the purposes of the cycle) to a shared piece of Australian bush. The poems employ quite often, and one assumes intentionally, the terms ‘man’ and ‘woman’, or ‘female’ or ‘womanliness’, and the cumulative effect is shocking. We see a character labouring to speak outside of these dubious categories but falling back into their inevitability, a ventriloquism of the misogyny that is stitched through domestic language. The poems, arguably, perform in front of the reader’s eyes, the work of attempting to unpack something not quite right from within the confinements of a language that exceeds only with tenacity and luck its phallologocentric investments. The collection demonstrates the treachery of the binary ‘woman/man’ but also its lure. Here are some examples: ‘me the woman-child … who wails’ (p. 45); ‘just what a man has to do’ (p. 46); ‘my irrelevance can be liberating’ (p. 47); ‘The solid mystery / of men’s business. Our womanliness in the car’ (p. 59); ‘how men shape the world. How men shape the world.’ (p. 59); ‘how the man pinions the woman/ with his voice’ (p. 74); ‘Mice. The hordes of women’ (p. 76). Of course, a selection such as this is really no kind of evidence, but I wish only to inventory the mechanisms that left their impression on me.

In the poem archly titled ‘Writing of love’, Bowery stages: ‘… but when I flutter / don’t point the cork at the window / you expostulate / your existence is so hedged about!‘ (p. 50). A mantra of gendered terms and scenarios fills the poems. The second person addressed throughout the cycle is masculine – the partner to the ‘marriage’ – and the poems hints at the struggle involved in finding a way to speak in the face of this ‘you’: ‘I’d say osmose, but that’s a female word’ (‘Duty’, p. 29) One could speculate whether it’s a case of the message getting invalidated on arrival and due to the regularity of this (non)reception the message has begun to be read as invalid at the point of utterance. In a recent public talk, poet Fiona Hile compared Lacan’s thinking of the feminine – in which woman speaks but does not know what she is saying (Écrits) – with that of Badiou for whom it is man who does not know what the woman is saying. In some ways, Bowery has condensed this situation for the feminine across this series of poems, which pulls no punches when it comes to showing the effort required to articulate from within a masculine-mapped context (and here, the rural property as a kind of island).

What is interesting in married to this ground is the counterpoint offered by the land itself and its myriad entities. There the relations are mapped far less predictably, opening out and away from old claustrophobic modes. Perhaps the title implies this. The ground, there as the backdrop to the human drama – ‘the green uncaring forest’ – may not imply indifference or pointed neglect, but rather the subtractive (to reference Badiou again) possibility of a non-relation to relating on those tired, mean terms. The animals and the plants of Bowery’s world may well be sexed, but they are not gendered in the ways that our speaking (to each other) can still be.

Antonia Pont writes, reads and practises yoga on unceded Aboriginal land. She works at Deakin University and in 2019 You Will Not Know In Advance What You'll Feel appeared with Rabbit Poets Series, and in 2021, A Philosophy of Practising with Deleuze's Difference and Repetition was published by Edinburgh University Press. Other work can be found in places such as Literary Hub, Antithesis, APJ, Cordite, TEXT, The Lifted Brow and Rabbit.

View all posts by Antonia Pont on Cordite →