‘Thinking is not a problem’: Alice Allan Interviews Antonia Pont 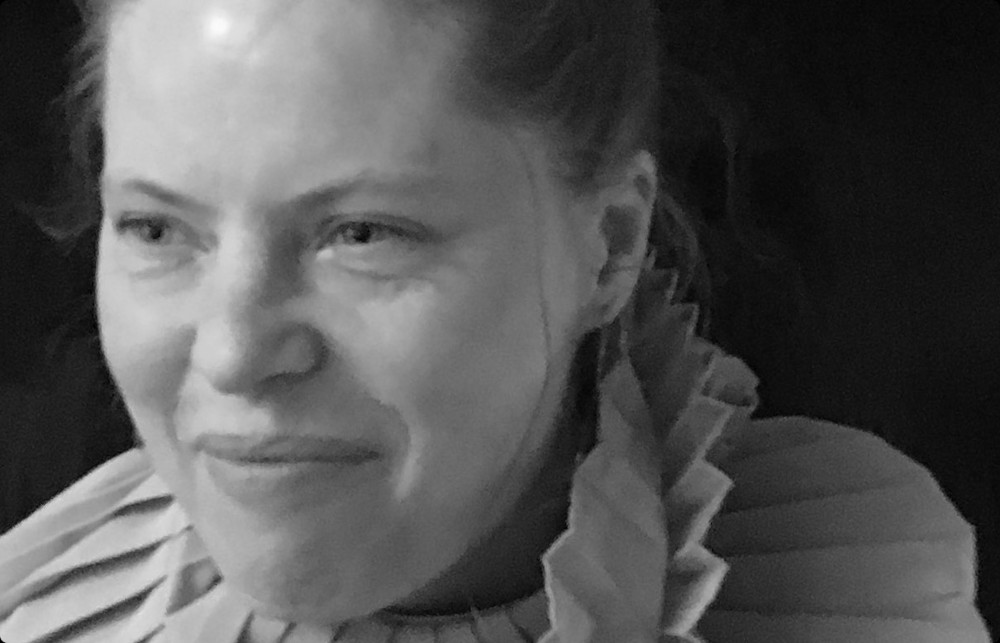 Antonia Pont’s debut collection of poetry, You Will Not Know in Advance What You’ll Feel came out with the Rabbit Poets Series at the end of 2019. I went to her launch, where Antonia read in response to poems that her friends had written in reply to poems in her book. Antonia is one of those people writing poetry in Australia whom you may not have heard of – even though she’s been working at this craft for many years. Antonia is not only a poet, but an essayist, an educator of writing and literature at Deakin University, and a yoga teacher. Antonia founded her own yoga school in 2009 and is one of those people who has a very particular, very special, perspective on life. Antonia says things like: ‘you only want to lose your “self” once you’ve got one’. In this interview, Antonia speaks about the vicious momentum of trying. She also says things like: ‘writing needs a body that functions’. In describing how she spent time in the 2020 lockdowns, Antonia mentions steadiness laziness, pleasure, and kindness.

Alice Allan: I’d like to launch straight into talking about your wonderful book. My first question is around the title. The book is called: You Will Not Know in Advance What You’ll Feel, which on the surface sounds like an obvious statement but, as I was driving over here, I was thinking that there’s actually a lot in that. I’m wondering if you would like to unpack how you landed on the title and what significance the phrase has to you.

Antonia Pont: I know exactly where I landed on the title. It was in the backyard of a suburban house in Munich, where my friend, Bettina Thiel, who knew I was getting on a plane within 10 hours, had said: ‘I’ll make food; you just lie on the deck chair and relax’. It was a very kind thing. Sometimes there’re those magical moments when someone tells you to stay put, says: ‘rest there, in this nice place with a nice sky and a vegetable garden to look at’. Of course, if you’re a poet relaxing, it’s also: ‘wow, words are coming to me. I’d better write something down’. It doesn’t feel like work; it’s not like you’re working. So, that’s where the phrase came from. I was at a difficult point with my feelings, torn in a certain situation and – in the suffering of that – I was using this phrase to alleviate that suffering. Saying to myself: ‘you’re quite sure the feelings will be terrible, but you don’t know that they will be terrible. So maybe just try to imagine that you don’t know, rather than fixating on how certain and all-knowing you are that they will be terrible’. It was a comforting mantra that I was using to steady myself as I transitioned from Europe back to Australia.

Now, people keep saying the title of my book back at me when I’m in a conversation and I make some imprecise statement: ‘yes, but Antonia, you don’t know in advance how you’ll feel’.

AA: But sometimes maybe you just want to have the whinge.

In my intellectual work – or whatever the right word for that is – I’m very interested in time, and in notions of futurity that, in the last years, have gone via a certain reading of Nietzsche and other writers, via the eternal return and Deleuzian stuff about an open future. And, I guess, I’ve come to see that pessimism is very imprecise.

AA: Back to the book, Lisa Gorton wrote some beautiful words. One of the things she says is that, like Woolf’s novel, The Waves, this work ‘creates the silence out of which it speaks’. I was wondering what you think about that comparison. Like, that’s a big comparison – to be compared to Virginia Woolf.

AP: Lisa’s very kind, that’s what I’ll say. She’s very kind. She knows how to do a good book blurb. I was very touched because we actually hadn’t discussed my thematics or original intentions around the book very much at all. So, I was both astonished (and also not, given it’s Lisa) that her reading was so astute. It was so harmonious with the work, as well as extending and clarifying my own efforts in the work. She reflected something back, and I thought: ‘I feel totally comfortable with that description’. And I wouldn’t have been able to say it myself [about the emphasis on] silence and time … but it is true; it’s what I obsess about the most. The confirmation that the poetry itself would deliver that [preoccupation] to the reader even though I’m not trying to write a poem about time or silence, and that Lisa took that from my writing, was very interesting. I guess it shows what a close reader of poetry she is. I think it was impressive.

AA: You mentioned the thematics, which is kind of where I want to go next. There are a few I wanted to delve into. I’ll start with this one: eroticism. As I said, after I’d read it and when I emailed you about the book, it’s a very sexy book. It is comfortable in that eroticism and joyful, and there’s even humour in that. I’m thinking of the poem, ‘Octofurcation’, which I think is very sexy and also quite funny; I take it as funny. Do you think that eroticism is off limits to poets?

AP: I think I’ve been a crusader for women’s having desire from a disturbingly young age, probably since conversations with my mother at 11, saying: ‘I don’t understand why sex is different from conversation. You know, some people you have conversations with, and other people you have sex with. Why is it different?’ And, of course, my mother was probably horrified, and immediately concerned about her slutty daughter – who was speaking purely from a theoretical basis at that tender age. She was like: ‘yeah, but it is different, darling.’ I guess you then spend a lifetime working out how it’s different and why – and making tactical errors along the way or clarifying and nuancing that area in your life, that aspect of being a person.

I’m a body practitioner – have done that from a young age – and if you engage seriously with the body, at some point you have to engage with one’s failures to respect the body and also with our learnt hating of the body as a kind of micro, daily practice. For me, as I got into feminism in my twenties, early twenties – you know, Melbourne University and the Student Union there – I ran this [earnest] body-image feminist group, where we might go away on weekends and do life drawing, and [eat and] … whatever. We were trying out ways of self-care, doing clumsy things. Because I’d acknowledged that, basically, feminists had to say: ‘yeah, I’m not my buttocks’, to quote Kaz Cook, a great statement. But I also saw that women could then feel doubly guilty, [guilty about their bodies plus guilty] ‘cause they did still want a different relation with their body. The body is this fraught site of stuff. I think for me there’s something that connects deciding to respect the body with a kind of eroticism that doesn’t feed off the abject.

So, some years ago, I began a set of poems that is partially in the book. (There’re other, more appalling ones that Jess Wilkinson at Rabbit and I decided weren’t gonna be in there.) But I really just wanted to try to write erotic poems from a woman’s perspective that were neither talking about ‘how great it is that you desire me’ (that classic thing of the woman’s position as desiring the desire of the man, if it’s a het-scene), nor celebrating abjection, which is a [common] way to go, but it’s not my style or politics. It was – like you mentioned – about a kind of joy and playfulness. So, I asked myself: can I write a sexy poem? Because sexy poems are often embarrassing.

Pages: 1 2 3 4 5 6 7
This entry was posted in INTERVIEWS and tagged Alice Allan, Antonia Pont. Bookmark the permalink.
Alice Allan produces the Poetry Says podcast. Her books are The Empty Show from Rabbit Poets, which was commended in the 2019 Anne Elder Award, and the chapbook Blanks from Slow Loris.


More by Alice Allan on Cordite Poetry Review →
Antonia Pont writes, reads and practises yoga on unceded Aboriginal land. She works at Deakin University and in 2019 You Will Not Know In Advance What You'll Feel appeared with Rabbit Poets Series, and in 2021, A Philosophy of Practising with Deleuze's Difference and Repetition was published by Edinburgh University Press. Other work can be found in places such as Literary Hub, Antithesis, APJ, Cordite, TEXT, The Lifted Brow and Rabbit.